Daniel Ortega remains president of Nicaragua. His re-election, yet again, shows that the country is in urgent need of democratic reform, writes Leandro Uría. 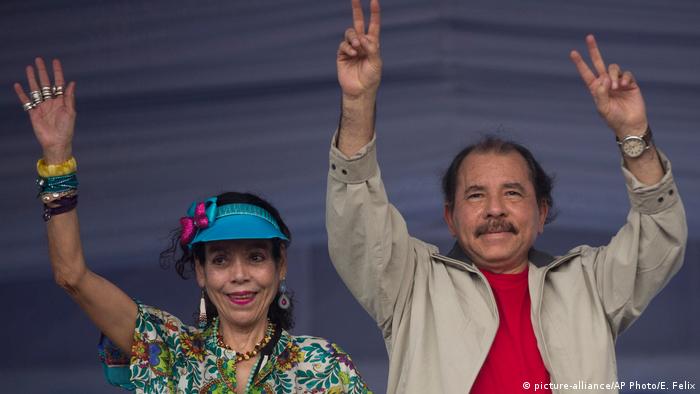 Perhaps Daniel Ortega only won this election so that something predictable would happen again in this world, following the big surprises of the Brexit referendum in Britain and the rejection of the peace agreement in Colombia. And indeed this election was a foregone conclusion, the result as obvious beforehand as elections to the Soviet Politburo.

Before the vote, the Supreme Court neutralized Ortega's most important political opponent. This prompted polemics in Nicaragua, and resulted in the opposition calling for a boycott of the election. The level of abstention - officially 35 percent - was indeed a historic high for Nicaragua, and according to the opposition the true figure was twice that. But the boycott does not alter the result. It is at least clear now why Ortega didn't allow international observers to monitor the election.

However, Ortega's masterstroke in this election was the establishment of a dynastic succession - of all places, in a country that seemed to consider itself an opponent of nepotism, after the Sandinista revolution of the 1970s, which liberated it from the iron dictatorship of the Somoza family. A revolution that was led, incidentally, by one Daniel Ortega. The same man who today celebrated his victory with his wife - not just in a private capacity, but primarily in her new function as vice president. The rule of the family has been secured for the foreseeable future. Welcome to the court!

As the government spokeperson, Rosario Murillo was already the president's right-hand woman, and their sons have long since controlled the country's most important media outlets. This meant that during the election campaign, Murillo was able to appear on all the television channels run by her sons and report, at prime time, on how well everything was going under her husband's rule. Now the succession, too, has been secured - because if anything should happen to Daniel Ortega, the vice president automatically takes over. So it'll all be kept in the family. 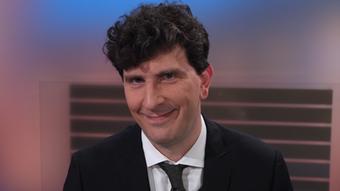 Yet despite these clear democratic shortcomings, the eternal president still has many supporters. It's certainly the case that many Nicaraguans on low incomes feel protected by "Comandante Daniel," although the country remains, after Haiti, the poorest in the region. One thing that can be said for the 70-year-old president - who is not in the best of health - is that he has managed the national economy sensibly and has ensured security.

It's unclear, though, what ideology the former Sandinista guerrilla now represents. Ortega describes himself as a socialist, but he has ties both to the country's big capitalists and to the powers-that-be in the Catholic Church. He has curried favor with the latter, for example by passing strict abortion laws. At the same time, the family seems to have a penchant for the esoteric, if the eccentric, brightly colored and illuminated "Trees of Life" that Ortega's wife had installed, at great expense, around the ring road in the capital Managua are anything to go by. On the one hand, Ortega is a close ally of socialist Venezuela, while on the other he maintains good relations with the Organization of American States (OAS). And the OAS leadership is known not to be well disposed towards the Venezuelan president, Nicolas Maduro.

There is, however, one thing that Ortega, the chameleon, definitely hasn't understood: that political debate is essential for a democratic agenda. This is why Ortega is neither a statesman nor a democrat: He remains a guerrilla. Someone who only negotiates from his position of strength - if he negotiates at all. Someone who demands that his people show unlimited loyalty and unconditional obedience, as in war.

Guerrilla tactics are useful for keeping a grip on power, but whether Ortega will also use them in his struggle with a bigger opponent is dubious. If, after this questionable election result, the US Senate should pronounce in favor of the NICA Act, at a stroke Ortega would lose 60 percent of the funding to improve the country's infrastructure, which he receives from the International Monetary Fund and the World Bank. It's very possible that he - or his wife - will then find themselves forced to implement radical democratic reforms after all.

Have something to say? Send us your comments below. The thread closes 24 hours after publication.

Nicaragua's president, Daniel Ortega, and his wife and running mate Rosario Murillo, are poised to win Sunday's election. The couple is popular, but critics say they are authoritarian and seek family rule. (06.11.2016)

Opinion: In France, no one is above the law 41m ago

Opinion: Myanmar sanctions will not stop the bloodshed 8h ago