Nicaragua: Bishops travel to besieged city of Masaya to 'prevent a massacre'

The death toll in Nicaragua keeps climbing after dialogue failed to halt a resurgence of government-led violence against protesters. The Nicaraguan clergy went to Masaya to provide support to the locals. 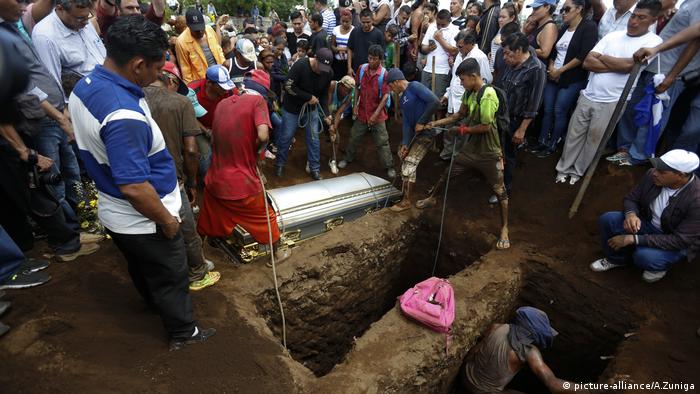 As government forces have reportedly descended on Masaya, Auxiliary Bishop Silvio Baez traveled to the city on Thursday to "avert another massacre." Baez, who has been a leading voice in efforts to mediate the crisis, was accompanied on the trip by Vatican Ambassador Walter Sommertag.

Rights groups estimate that up to 215 people have died in the ongoing violence in Nicaragua. The government of President Daniel Ortega has only acknowledged 46 deaths.

"Nicaragua's pain is great. An unarmed people are being slaughtered. The cities are in the hands of bandits," Baez said on Thursday.

The Nicaraguan bishop said later on Thursday that police "agreed to stop the attacks" in Masaya.

Masaya was once a stronghold of Ortega's Sandinista revolution, but in the past two months it has become a focal point of the protests that seek to run him out of office.

Hundreds of police and pro-government gunmen arrived in the western Nicaraguan city on Tuesday, where protesters have erected barricades and declared the city to be "in rebellion." 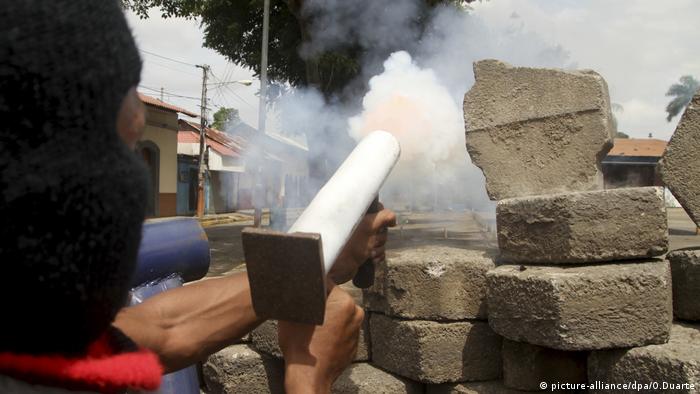 Protesters in Masaya have battled pro-government forces behind makeshift barricades

Leiva reported that the southern neighborhood of Monimbo, an indigenous community, had been surrounded by as many as 600 armed men.

"It is a very serious situation, and we are afraid there have been injuries," Leiva told Nicaraguan media.

Cristian Fajardo, a student leader within the Nicaraguan opposition, said around 500 "hooded and heavily armed" men had also mobilized north of the Masaya at dawn on Thursday.

"It is incongruous to talk about dialogue and to be assassinating the people," Fajardo said.

As neither side found a compromise, violence has reignited this week and the death toll continues to rise.

Experts from the Inter-American Commission on Human Rights, the UN human rights chief's office and the EU are due to arrive in the Central American country to investigate the two-month wave of violence and to support efforts to restore calm.

A shooting and a fire in the capital city, Managua, have left eight people dead. The deaths come hours after President Daniel Ortega and protesters agreed to a ceasefire after two months of violence and political unrest. (17.06.2018)

Citizens rushed to supermarkets to stock up on basics ahead of a day-long economic shutdown. Nicaragua's Catholic Church supported the strike and announced its new effort to mediate between the government and opposition. (14.06.2018)