Nicaraguans have been taking to the streets for weeks in protest against President Daniel Ortega. Students are leading the charge to reform a government they say has turned into a "dictatorial regime." 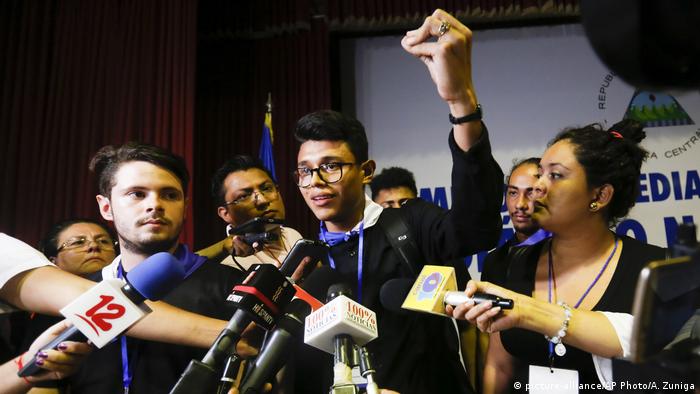 "We have come to discuss your departure." Those were the words student leader Lesther Aleman (pictured above) spoke to Nicaraguan President Daniel Ortega when the two met last month. The 20-year-old communications student has become one of the most prominent figures in Nicaragua's protest movement since making the courageous declaration during a dialogue session between the president and civil representatives, which were organized by the country's conference of bishops.

For weeks, Nicaragua has seen almost daily street protests against the Ortega government — many of them bloody. The human rights commission of the Organization of American States (OAS) has accused Nicaraguan security forces of brutally putting down the protests. Some 130 people have been killed and more than 1,000 injured since they began. "You can sleep soundly at night. We can't. We are being persecuted," shouted Aleman when addressing the president.

Like many other student leaders, Madeleine Caracas has received numerous death threats. She changes accommodations every other day. The 20-year-old communications student recently went to Europe to raise awareness for the situation in her home country.

"We want the current government to step down," she told DW. "More than 400 people have disappeared since April. And those about whom something is known have been tortured or killed." 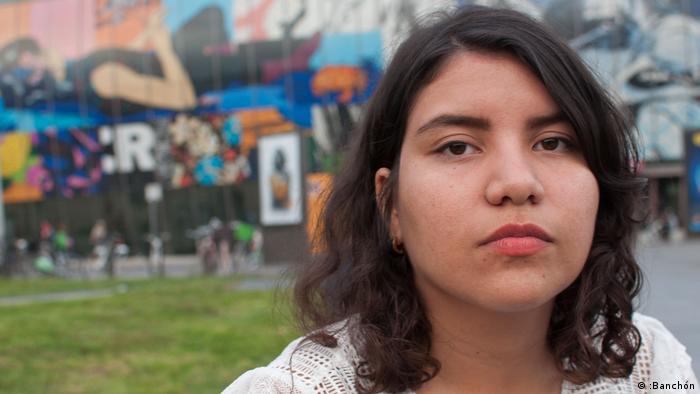 Caracas is part of a generation of young Nicaraguans who grew up with the revolutionary ideals of their parents, but are now bitterly disappointed. The current wave of mass protests, however, was touched off by something relatively banal: The government is planning a pension reform that will bring about painful spending cuts. Moreover, many critics are convinced that government ineptitude was to blame for a major fire at the Indio Maiz Biological Reserve.

"My father was a Sandinista, like my whole family," Caracas said. "My father was willing to give his life for the ideals of the revolution. I grew up with those ideals. But those ideals have been forgotten. Daniel Ortega no longer stands for them either. Sandinistas don't kill their own people."

Ortega, a former Sandinista rebel commander, led Nicaragua for over a decade after the country's 1979 revolution. He returned to power again in 2007. Many critics accuse him of having abandoned his socialist ideals and replacing them with an authoritarian leadership style. Ortega and his wife Rosario Murillo, who also serves as Nicaragua's vice president, are accused of funneling public money into the pockets of their own family members.

"Daniel Ortega is no longer the revolutionary that he was in the 1970s. Today he represents a dictatorial regime that has nothing to do with socialism," said Caracas. "We are protesting against repression and the restriction of freedom of expression and the press. Our TV stations are totally censored."

"Democracy has been taken hostage," student leader Aleman recently told Univision TV. "Nicaragua's youth are determined to get it back."