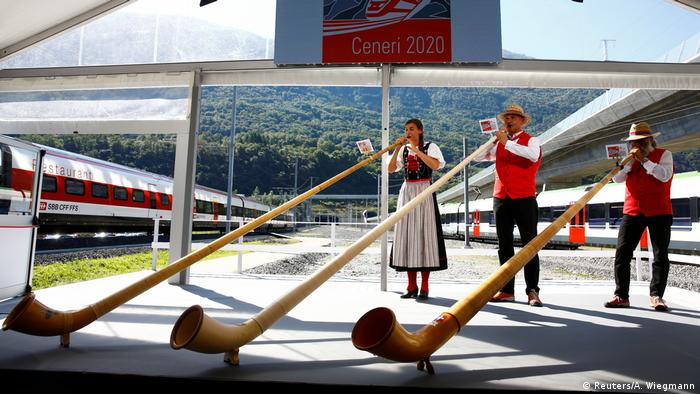 The tunnel officially opened for train traffic following a ceremony complete with alphorn players and musicians from the German-speaking regions of Switzerland and its Italian-speaking southern Ticino region — symbolizing the new link between the country's north and south.

"This new train line through the Alps is the project of the century for our country," Swiss President Simonetta Sommaruga told news agency AFP.

"It is the biggest investment we have ever made," she said, dubbing the project "a strong sign of an intelligent transport policy." 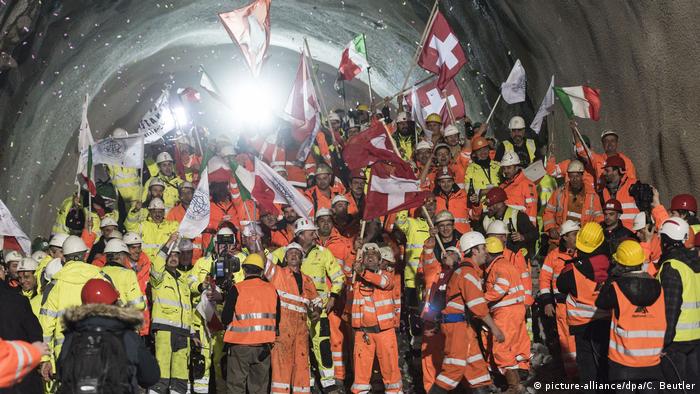 The last blast work on the tunnel finished in 2016

Three hours from Zurich to Milan

The tunnel stretches 15.4 kilometers (9.6 miles) underneath the Alps near Switzerland's border with Italy. It's the final stage of the country's multi-year New Railway Link through the Alps project.

Along with its sister-tunnels, the Lotschberg and Gotthard Base Tunnels, the Ceneri tunnel allows trains to smoothly cross underneath the Alps — giving freight and passenger trains alike a flat line through the mountains.

The Ceneri Base Tunnel is expected to see 170 freight and passenger trains passing through every day.

The new route will significantly cut down travel times for passengers — trimming the ride from Zurich to Milan to just three hours. 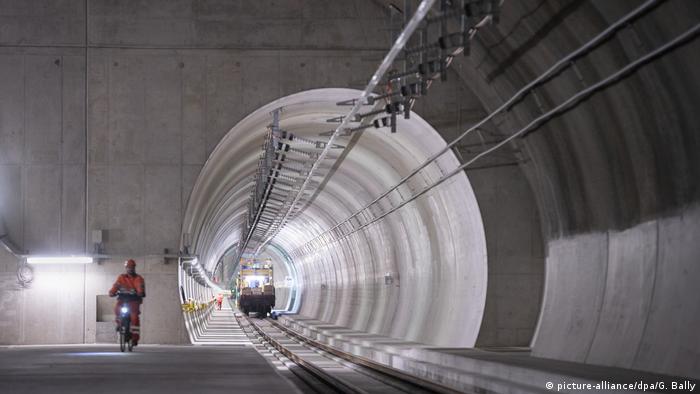 In the larger scheme of things, the Swiss tunnels will help revolutionize rail connections in Europe — and reduce the number of trucks transporting goods through the Alps.

The larger goal is to connect the Dutch port of Rotterdam — Europe's largest seaport —with the Italian port of Genoa.

With the Swiss part of the project now completed, and with Italy set to soon complete its portion of the rail route — the project is being held up by Germany.

A planned expansion on the route from the German city of Karlsruhe to the Swiss city of Basel has stalled due to complaints from residents along the route.

The section is due to be expanded from two to four tracks, but appeals against the plans have pushed the construction timeline out by 15 years.

Due to the delays, Swiss officials have started holding talks with France on using an alternate French route rather than the contentious German route.

A Scenic Train Ride through the Swiss Alps

The Bernina Express travels through the Swiss Alps along one of the world’s most scenic railway lines, taking in 55 tunnels and 196 bridges. Part of the route has Unesco World Heritage status.