New Year's Eve in Cologne: 5 years after the mass assaults 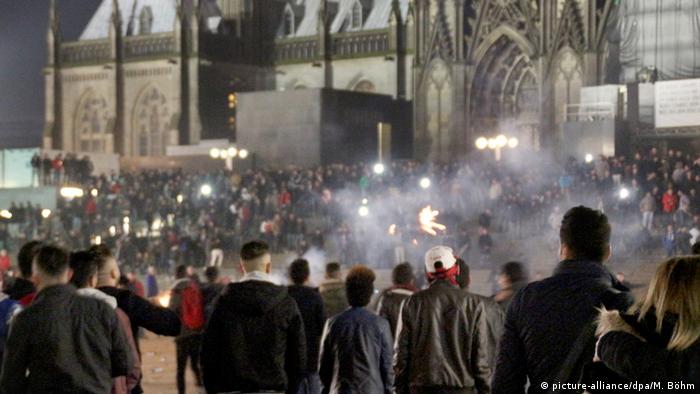 As a social worker, Franco Clemens has experienced a lot. But nothing prepared him for what happened on New Year's Eve five years ago. It happened "in multicultural Cologne, of all places, a melting pot of integration," he reflects. The night began seemingly harmlessly.

Just as in years past, a crowd assembled in the square in front of the central railway station, right next to the city's landmark gothic cathedral. Nothing unusual for the city in the state of North-Rhine Westphalia. But this time, a throng of about a thousand young men was forming in the crowd. Most of them were from the North African-Arabic region.

The atmosphere was uninhibited, aggressive. Fireworks were pointed at people, passers-by harassed, cellphones and wallets were stolen. The police were surprised and overwhelmed; there were too few officers on duty.

The situation soon escalated completely. It came to especially "abominable" scenes as German Chancellor Angela Merkel would later describe it. Packs of men were hunting down women, cornering many of them. There were sexual assaults, rapes. 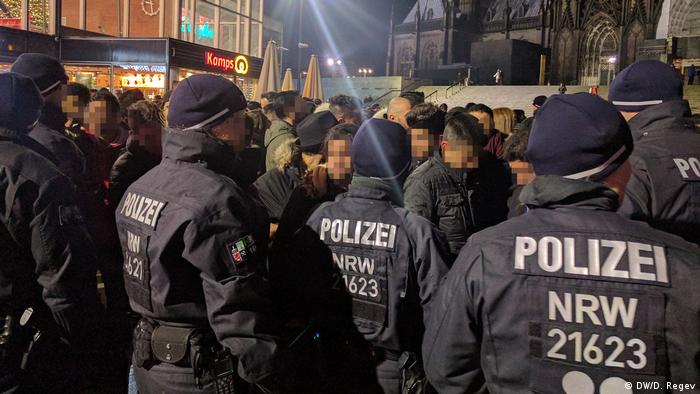 In the following days, a total of 1210 criminal complaints were made, 511 of them involving sexual assaults. Rape or attempted rape accounted for 28 complaints. Similar scenes occurred in other German cities including Hamburg, Frankfurt am Main and Hanover, albeit not on the same scale.

Franco Clemens, who at the time headed a refugee accommodation center in Cologne, is appalled at what was done to the women. For him and his staff, the violence came as a "shock, which felt like the ground was pulled out from under our feet." Clemens sees the welcoming culture for refugees, which had been promoted by Merkel, as being called into question.

The Cologne New Year's Eve attacks led "to a paradigm shift in society," concluded Clemens in an online discussion on the topic led by Berlin-based organization the Migration Media Service (Mediendienst Integration.)

"The welcoming culture was contradicted, in that many people who had previously broadly supported it were suddenly fearful," the street worker said. With that, a lot of support was lost. "Right up to the refugee homes, where many people had still been helping us to advance social work and integration." 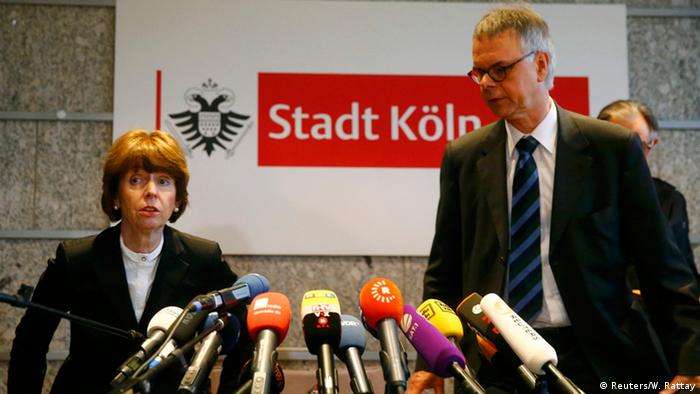 Instrumentalized by the Trump campaign

Because what happened in Cologne brought fundamental sociopolitical issues to the fore, it triggered a worldwide media response.

During his US presidential election campaign, Donald Trump portrayed the attacks as a cautionary tale from a misguided refugee policy. Trump used them unscrupulously in his anti-immigration polemics.

In Germany itself, the long-running debate about migration policy and how to live together in a pluralistic society flared up. Citizens who until then had no concerns felt a newfound need for security. Sales of alarm pistols, pepper spray, and tear gas soared to record levels.

Among the beneficiaries of these developments was the far-right populist Alternative for Germany (AfD) party, which succeeded in using people's reservations, fear, and anger to gain votes. Soon it would become the largest opposition party in the Bundestag.

As a result of the incident, Germany tightened laws covering the right to asylum and made it easier and quicker to deport foreigners who committed crimes.

Laws governing sexual offenses were also reformed. "Until then, sexual assault was not a criminal offense," said Behshid Najafi, an educator from agisra, a Cologne-based women's help service. Because of what happened on New Year's Eve, that law changed in November 2016.

In addition, the principle of "no means no" was applied from then on. The law was also changed to mean that a sexual act would be considered rape even if the victim did not actively try to defend themselves. And if sexual crimes were committed in a group, then all participants in that group should be liable for prosecution.

There were also consequences for the media. Like the police, they were accused of being too hesitant to report on the foreign citizenship of the suspects. The press council changed its guidelines for naming alleged offenders. Previously, the press code stated that journalists should as a rule refrain from naming a suspected criminal's country of origin or migration background, regardless of the accuracy of that information. Now, the code states that information can be reported "if there is a justified public interest."

The Cologne police, meanwhile, assembled a group of specialists in a team called "AG Silvester" to ensure there was no repeat of the incident the following year. On New Year's Eve 2016-2017, police deployed more officers to the streets. When officials used the word "Nafris"— an abbreviation for North Africans — in a tweet about inspections they were carrying out, they were accused of racial profiling. The police sought to justify themselves by saying that it was undeniable that there was a spate of crimes by people from the North African region. But the vast majority of North African people living in Germany were "of course, not criminals."

Safety plans were revised, and police training was adapted to meet the demands of the situation. "A lot has happened in the police, if I look at what we do for intercultural competence, anti-discrimination, for stress management and communications training," the former head of AG Silvester, Klaus Zimmermann said.

But whatever happened to the call from Merkel "to identify the culprits as quickly and comprehensively as possible and punish them, regardless of their origin or background?" 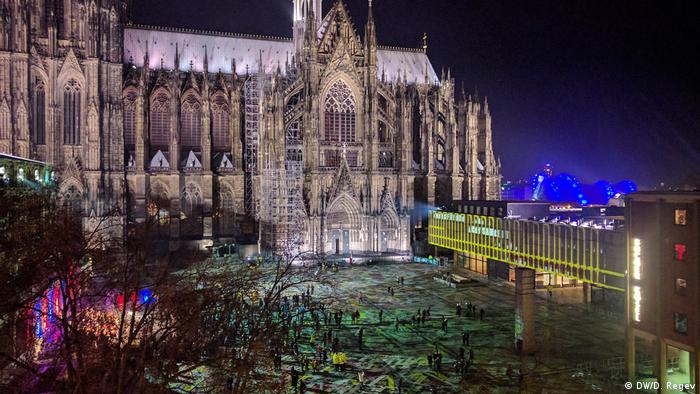 Cologne's New Year's Eve celebrations have been largely peaceful since 2016

Insufficient evidence due to tumultuous scenes

According to the figures, the "tough" response from authorities is sobering: The Cologne public prosecutor's office investigated a total of 290 people. Only 37 cases were completed, 32 with convictions. Most of them were for theft or similar offenses. Only two men were convicted and sentenced for sexual assault: A 26-year-old Algerian and a 21-year-old Iraqi each received one-year probation.

However, in chaotic scenes like New Year's Eve, it's almost impossible to attribute specific acts to individual perpetrators. "We exhausted all our methods. We tracked phone signals, brought in specialist observers called super-recognizers to analyze video footage in order to detect the offenders," Zimmermann said.

The changes made by Cologne police have at least ensured largely peaceful New Year's Eve celebrations near the central station ever since. Things are expected to be even calmer throughout Cologne this year — due to coronavirus restrictions.

A state parliamentary inquiry has found police did not intervene fast enough in the 2015 New Year's Eve attacks. According to the report, officers could have prevented hundreds of alleged robberies and sexual assaults.

The men who attacked women in Cologne on New Year’s Eve have internalized an Islamist fundamentalist view of women, says Lale Akgün, an expert on Islam-German relations. But that view has no place in German society.