"What a fine sight an old working man makes," wrote Vincent van Gogh to his brother Theo about the subject of the newly discovered sketch. The previously unknown work is named "Study for 'Worn Out.'" 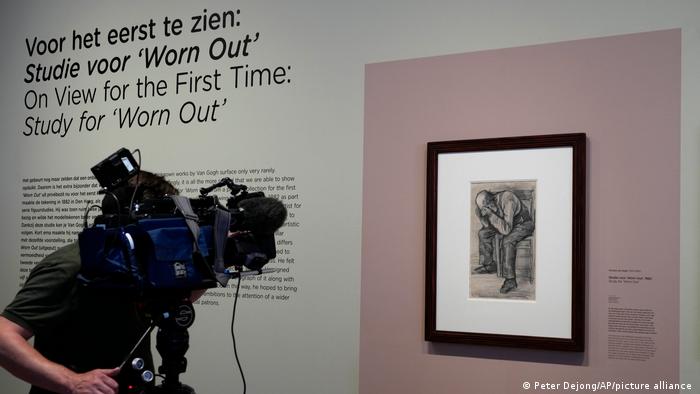 In a rare treat for art lovers, an Amsterdam museum verified and put on display a previously unknown drawing by famous Dutch artist Vincent van Gogh.

"This one has never been seen before anywhere," Teio Meedendorp, senior researcher at the Van Gogh Museum, told the AFP news agency.

The "Study for 'Worn Out'" closely resembles another drawing already owned by the museum, albeit with a slight change of perspective. Both of them are believed to show an elderly laborer named Jacobus Zuyderland, who was 72 at the time. 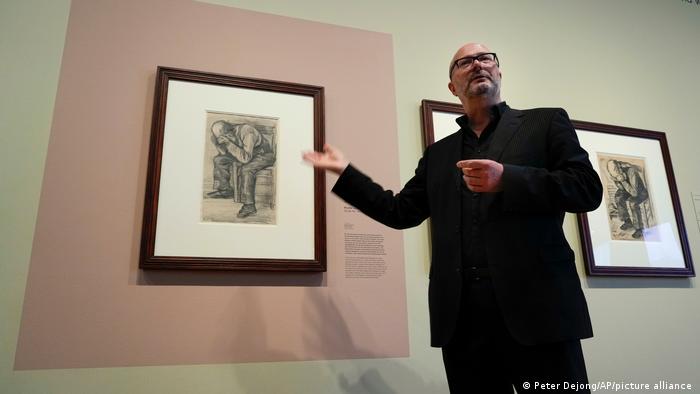 The artist mentioned drawing the sketches in a letter to his brother Theo in 1882.

"What a fine sight an old working man makes, in his patched bombazine suit with his bald head," Van Gogh wrote.

The sketches precede Van Gogh's more colorful and better known works such as "Irises" and "Stary Night." At the age of 29, the artist was attempting to improve his people-painting skills and possibly find a job as an illustrator for a magazine.

His efforts to make a living of his art were famously unsuccessful, however. Van Gogh's works only gained recognition after his death in 1890 and are currently worth millions.

The "Study for 'Worn Out'" came into possession of a well-known Van Gogh collector, Henk Bremmer, who sold it to a Dutch family in 1910. It has since passed through generations until it reached its current owner, who wished to stay anonymous.

The owner approached the museum last year after the officials asked for help in documenting privately owned Van Gogh paintings.

Finding the sketch a 'total surprise'

Museum experts confirmed the work was produced with the tools Van Gogh was using at the time, including a carpenter's pencil and a coarse watercolor paper. They also found traces of damage corresponding to the way Van Gogh used to attach paper to his drawing board.

"We didn't expect it to be out there, but it was out there, so this was a lucky find," he told a press conference.

The drawing will remain on temporary display at the museum until January 2, before returning to its owners.

Da Vinci's "Salvator Mundi" holds the record for the most expensive work of art to go under the hammer. Munch and Van Gogh also make the list, and a Monet painting has broken the record for auctioned impressionist art.