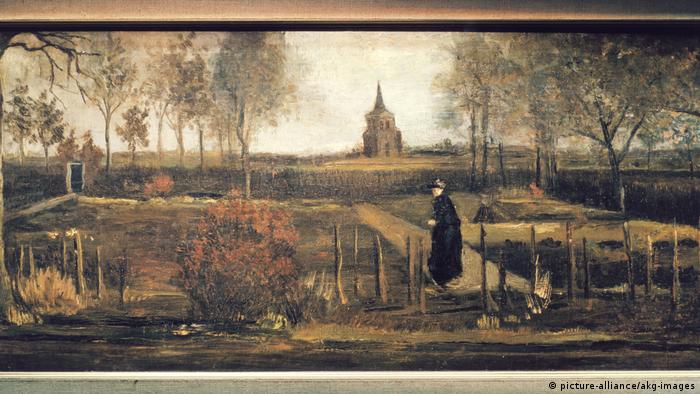 Van Gogh was living with his parents when he painted the gardens of the parsonage in Neunen, where his father was pastor

Dutch police arrested a 58-year-old man on Tuesday on suspicion of stealing paintings by Vincent Van Gogh and Frans Hals from museums in the Netherlands last year.

Police said the man was held at his home in the central town of Baarn on suspicion of stealing Van Gogh's 1884 painting "Parsonage Garden at Nuenen in Spring" from the Singer Laren Museum near Amsterdam — where it was on loan from the Groninger Museum — in March 2020; and "Two Laughing Boys with a Mug of Beer," painted by Hals in 1626, from the Museum Hofje Van Aerden in Leerdam in August of last year. 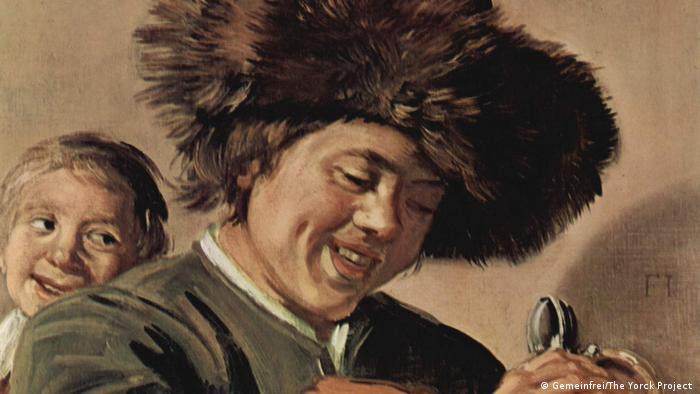 'Two Laughing Boys with a Mug of Beer,' by Frans Hals, has been stolen three times now

"This morning my colleagues arrested a 58-year-old man in Baarn and we suspect him of stealing two paintings by Frans Hals and Van Gogh," police spokeswoman Maren Wonder said in a video statement released on Twitter.

The paintings have not yet been found, according to Wonder, who urged anyone with information on the matter to inform authorities.

"It is fantastic news and great that the police have tracked down this man. But the work is not done yet. I hope the arrest can lead police to the painting so that people can enjoy it again at the Groninger Museum," De Telegraaf quoted a Singer Laren Museum spokesperson as saying.

Van Gogh's "Parsonage Garden at Nuenen" is estimated to be worth upwards of $6 million (€5 million), while "Two Laughing Boys with a Mug of Beer," has been valued at €15 million ($17.76 million).

The Hals painting has been stolen from the Museum Hofje Van Aerden three times now going missing in 1988, 2011 and 2020.

Anna Sorokin: The story of the fake German heiress who stiffed the art world

Once an art magazine intern, Anna Delvey, aka Anna Sorokin, created a jet-setting lifestyle for herself on others' dimes. She has now been jailed for up to 12 years for theft and grand larceny.

Arrests made in theft of Banksy's Paris artwork

French authorities say they've arrested six people in connection to a work stolen from the Bataclan night club in 2019. The image, stenciled on a door, turned up in Italy two weeks ago.

The eighteenth-century violin, worth more than a quarter of a million euros, was stolen in March 2019 from a Berlin music college. The trial has begun — but the instrument remains missing.