New book explores being queer in German Catholic Church | Germany | News and in-depth reporting from Berlin and beyond | DW | 05.02.2022

Anyone who listens to folk and pop music in Germany will know Patrick Lindner. The 61-year-old has been in the music business for decades. He's a well-known face on television and performs in German-speaking countries. Patrick Lindner is gay — and Catholic.

"In the fall of 2020, my husband and I got married," Lindner writes in a book published earlier this week.

"It was important to us to also receive God's blessing in church after the civil wedding. Contrary to his expectations, it was made possible without any problems.

A wish for the church

The artist talks about growing up in a Catholic environment, without having been "raised too strictly Catholic." He describes his coming out in 1999 as a low point in his career, and the impact of fans' outpouring support. He also writes about his mother's wish: "I want you to be happy!" The same attitude, Lindner says, is what he would want from "Mother Church." 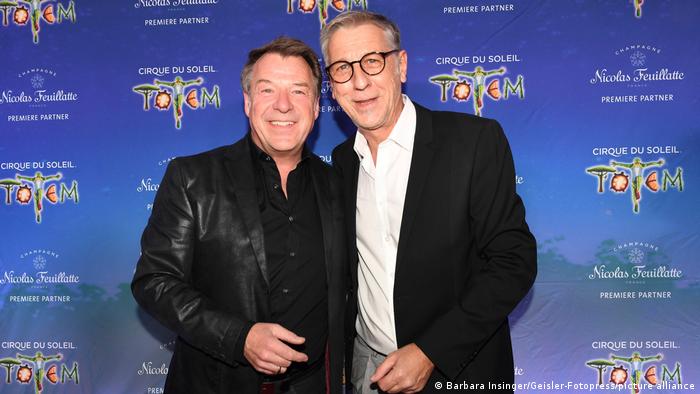 Lindner's contribution is one of 68 texts compiled and published by the priest Wolfgang Rothe in the German book "Wanted. Loved. Blessed. Being queer in the Catholic Church." Not all of the authors belong to this group. Some essays are by relatives or friends. And, every fourth contribution is published anonymously, under the initials "N.N."

Queer people who work for the Catholic Church — whether in parishes, kindergartens or retirement homes — can be fired at any time.

Wolfgang Rothe, who published the book, told DW that he wants the manuscript to depict the reality of queer people in the Catholic Church "as comprehensively as possible" and thus "bring about a change of perspective in our church." Rothe said he himself "burst into tears" when he first read many of the contributions.

He said he hoped readers will feel the same way and understand just how much queer people in the church suffer from discrimination and exclusion. "This suffering must come to an end," he said. 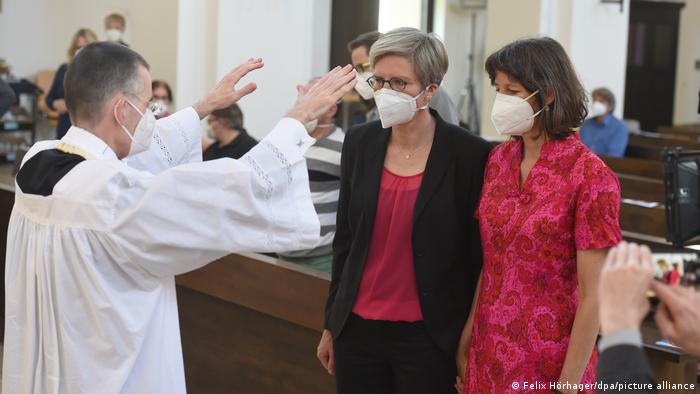 Wolfgang Rothe, a priest who published the book, blesses a same-sex couple

Rothe is among Catholic clerics in Germany who blessed same-sex couples at church in May 2021, even though the Vatican had previously banned such celebrations.

"The divide is widening, the need for reform is obvious," wrote architect Ulrike Fasching in the book. She lives in a so-called "rainbow family" — two women with one son.

Stefan Thurner, a geriatric nurse, when referring to his experiences in everyday community life, wrote: "To act as if there are no queer people is simply out of touch with reality."

Three of the anonymous contributions come from the clergy. "I am a priest. And I'm gay," is how one begins, expressing hurt that homosexuals, even if celibate, are not allowed to become priests at all under Vatican rules. 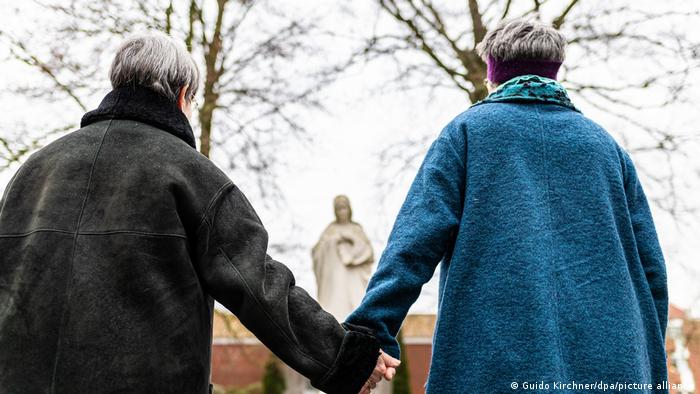 Church employees, who have come out as gay, can be fired

Film director and event manager Katrin Richthofer describes her tense relationship with the Catholic Church and comments on her lesbian daughter: "Don't let a church ruin your faith! God created you just the way you are and loves you unconditionally!"

The collection is a catalog of hurts, fears and frustrations, as well as the hopes pinned on faith, and painful experiences surrounding the idea of home and identity.

Rothe explains why so many contributions are anonymous. "In this anonymity, the fear is expressed very clearly." Among those who chose to publish anonymously, he says, are even some people "who are out of the closet in their everyday lives, but who were afraid to speak out in public."

The book was published eight days after 125 queer church employees came out, causing a big stir in Germany. The timing was coincidental but it illustrates the growing calls for reform. As recently as last Sunday, the president of the German Bishops' Conference, Bishop Georg Bätzing, had welcomed the coming out of numerous queer employees of his church. "We have deeply hurt people and continue to do so today," he said on German public television network ARD.

But even Bätzing cannot guarantee that no church employee will be fired because of his or her sexual orientation. He refers to the ongoing reform of church labor law in Germany. That, however, has been going on for years — a fact Bätzing did not explicitly mention. The slow process has led to calls for lawmakers to raise pressure on the church. 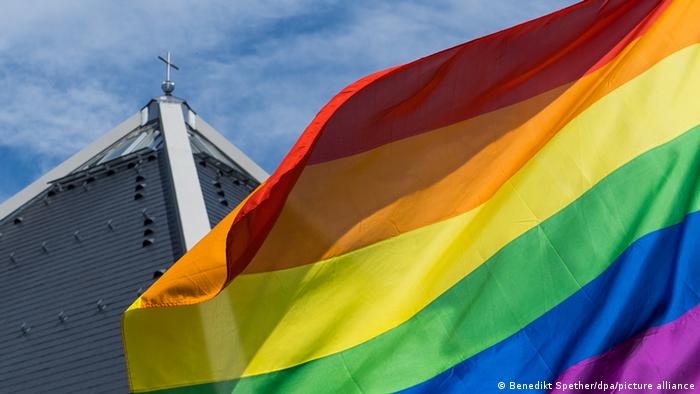 The call for decisive action by bishops will become stronger again when the third plenary assembly of the "Synodal Way" of the Catholic Church in Germany meets in Frankfurt am Main at the end of the week.

The assembly, launched at the end of 2019, is intended to discuss — and advance — reforms.

Earlier in January, the publication of a new, damning report investigating historical sexual abuse at the Munich Archdiocese over several decades sparked renewed outrage. That has prompted many of the faithful to renew calls for swifter action, including recognizing queer people in the church.

Bishops go against the tide

One of those already taking action has his say in the book with the essay titled: "Encounters create change." Bishop Heinrich Timmerevers, who is 69, describes his uncertainty before meeting with a group of queer Christians in Dresden.

"What they had to tell me touched me deeply," Timmerevers writes. His diocese has now set up a counseling service for queer people. The Dresden bishop calls the Vatican's refusal to bless same-sex partnerships "deeply devastating," saying the church "cannot continue like this in the long run." Timmerevers is not alone. On March 13, Cardinal Reinhard Marx will celebrate a queer service in Munich's Paulskirche. It also marks an anniversary. Since March 2002, queer people and their friends in the city have been celebrating "Roman Catholic services" once a month in Munich.

Marx's presence will mark the first time that an archbishop will attend the anniversary — complete with champagne and a buffet.