Pope Francis and homosexuality in the Catholic Church: an analysis | World | Breaking news and perspectives from around the globe | DW | 23.10.2020

Though Pope Francis has endorsed same-sex civil unions and LGBT+ rights, he continues to perpetuate discrimination against LGBT+ people within the clergy and laity. What's behind the contradiction? 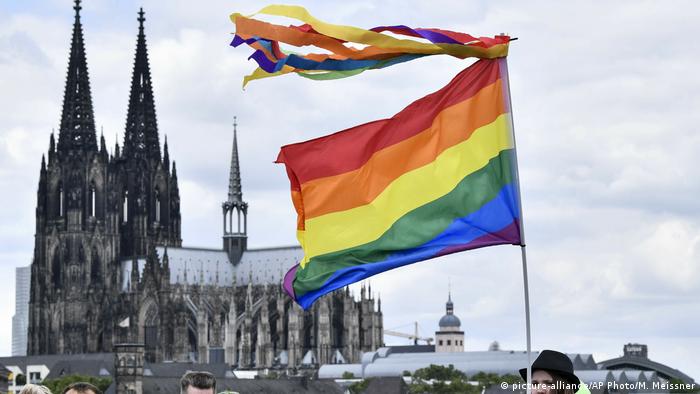 "Who am I to judge gay people?" Pope Francis reportedly said to journalists on a flight back to Rome from Rio de Janeiro after a resounding World Youth Day in July 2013.

Seven years later, the pontiff has returned to the controversial subject of homosexuality in the Catholic Church. In Francesco, a new documentary film about the pope by Evgeny Afineevsky, he says: "Homosexual people have a right to be in a family. They are children of God and have a right to a family. Nobody should be thrown out or be made miserable over it."

Nobody? Even Catholic priests and believers? What's certain is that the Catholic Church's approach to homosexuality is full of contradictions and double standards. After all, the same pope who has now endorsed same-sex civil unions is against same-sex marriage. The same pope who says that people should not be made "miserable" because of their sexual orientation is against gay men joining the clergy. 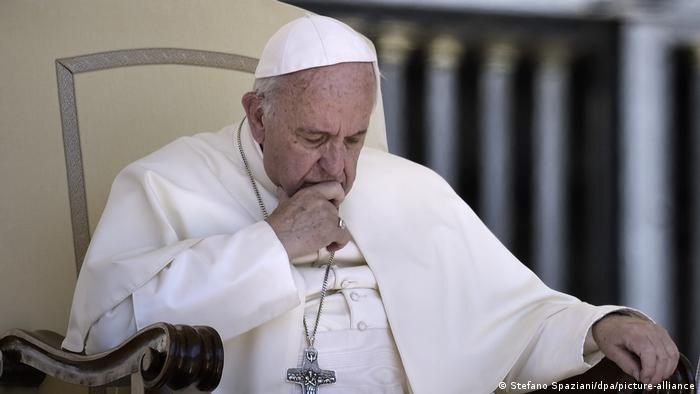 At least the pope is consistent in his inconsistency. When he was serving as the archbishop of Buenos Aires from 1998 to 2013, he campaigned for same-sex civil unions — but mainly so he could help prevent LGBT+ people from being granted the right to marry. His strategy backfired: In 2010, Argentina became the first Latin American country to legalize same-sex marriage. Many countries around the world have made the same choice in the ensuing decade, including Germany in 2017.

No place for homosexuality in the Catholic Church

Within the Catholic Church, however, homosexuality remains taboo. In October 2015, the pope fired a gay Polish priest who had come out in spectacular fashion shortly before a key summit on the family.

In 2018, in a series of conversations with the Spanish missionary Fernando Prado which were published under the title The Strength of a Vocation: Consecrated Life Today, the pontiff said there was "no room" for homosexuality in the Catholic Church. "For this reason, the Church urges that persons with this rooted tendency not be accepted into (priestly) ministry or consecrated life," he said.

In Germany, however, the Central Committee of German Catholics has called for "the power of blessings not to be withheld" from same-sex couples for years. "We are campaigning for an official rite for blessing homosexual couples to be developed," it said in an official statement in November 2019.

Read more: How a church in Germany posthumously reinstated a gay clergyman

Theo Hipp, a priest based in the southwestern city of Mannheim, thinks the pope's latest move is an attempt to revive the difficult conversation about homosexuality in the Catholic Church.

"If it were up to him, Pope Francis would say that every priest and pastor has to stand up for homosexuals having the right to live in dignity and with legal protection," said Hipp. However, this stance would have wide-ranging effects on both the Catholic Church and the world of politics.

Hipp is very familiar with the Catholic Church's workings at the international level. He prepares priests who have come to work in Germany because of a lack of German clergy. They come from all over the world, from places like Poland, Brazil, India and Tanzania.

Many Catholics in Africa, Asia not ready to accept homosexuality

Half of the world's estimated 1.3 billion Catholics live in the Americas, particularly Latin America. While 20% of Europe's population considers itself Catholic, this figure is on the decline. However, according to the Vatican's news agency Agenzia Fides, there are a growing number of Catholics in Asia and particularly in Africa, where some 18% of the population is Catholic.

But it's in these growing Catholic communities in Asia and Africa that the pope's recent words have been least welcome, said Hipp. "African Catholics, or Christians in the Middle East, hit the roof when someone says that same-sex partnerships should be equal to marriage," he said, adding that they — like the pope — aren't ready to fully accept homosexuality in the Catholic Church.

Despite the fundamental opposition of dogmatists in the Vatican and conservative leaders in Asia and Africa, Hipp thinks it's important that the church continue to debate the issue of homosexuality.

"This will lead to a process of clarification that makes clear that in the church we are also responsible for inhumanity with our dogmatism," he said, adding: "It's good that we don't have any political power."

Alexander Vogt, the head of the group that represents the lesbian and gay interests of the conservative CDU and CSU parties in the German parliament, might agree with this. He told DW that he was very glad about the pope's latest words, saying that it was "something we have waited for a long time."

"He has made one or another remark in the past that showed at least that he is compassionate toward gays and lesbians," said Vogt. "I felt right away [that there's] hope for some words of regret about the suffering and pain the teachings of the church have caused in the past centuries for gays and lesbians."

Homophobia is more widespread in Poland than in most other eastern European countries, research suggests. But there is also a sense of optimism in the LGBT community despite efforts by conservative MPs to undermine it.

In a new document aimed at Catholic schools, the Church has rejected the idea that people should be free to choose their gender. The LGBT community has said the document would encourage more hatred and bigotry.

The pope led a Mass at the start of a key synod set to deal with family, marriage and the Church's attitudes towards homosexuals. The Roman Catholic pontiff asserted that the Church cannot be "swayed" by popular opinion.