Berlin is about to get several new memorials fitted into sidewalks across the city. Worldwide, more than 70,000 such "stumble stones" have been installed to commemorate the victims of the Nazis. 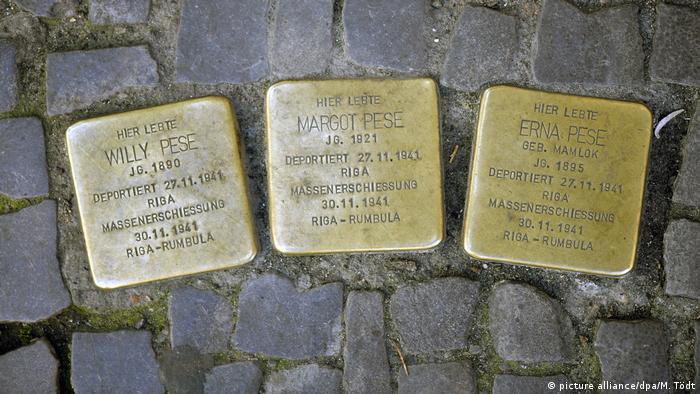 Gunter Demnig's very first "stumble stone" was an inscribed brass plaque with inscriptions embedded in the pavement in front of Cologne's city hall on December 16, 1992 — exactly 50 years after SS chief Heinrich Himmler ordered the deportation of Sinti and Roma people to the Auschwitz concentration camp. The decree's first few lines were etched on the block; the entire text was in its hollow center.

As his project grew, Demnig, an artist and advocate for the right of Roma people who had fled Yugoslavia to remain in Germany, laid more Stolpersteine — including 51 unauthorized stones in the pavement in Berlin's Kreuzberg district in 1996.

A year later in Salzburg, Austria, Demnig embedded two stones with official permission. German authorities first began supporting the project in 2000. Over a span of almost 20 years, the stones became the world's largest decentralized memorial for the victims of the Nazis. 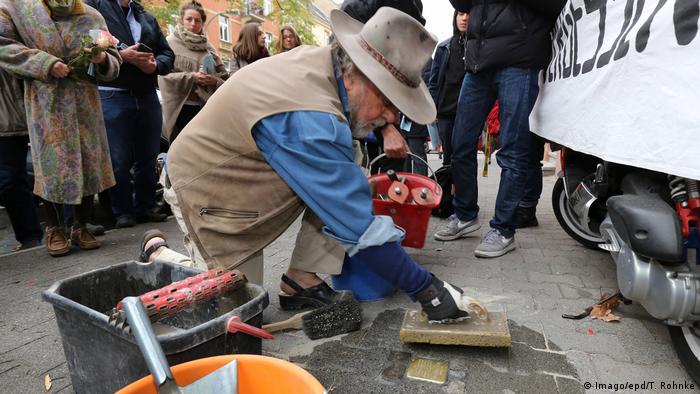 In October, Demnig laid the 70,000th Stolperstein in Frankfurt

Each concrete square — the sides measure 10 centimeters (about 4 inches) — is covered with a shiny brass plaque that bears a victim's name, address, and dates of birth and death, as well as the person's fate. As a rule, the stones are set into the pavement in front of that victim's last place of residence.

The project aims to restore names to the people who were tracked by their prisoner numbers in the concentration camps — to restore their identities at the places where they once lived. "A person is not forgotten until his or her name is forgotten," Demnig frequently says, paraphrasing the Talmud. Bending down to read the texts on the stones is also supposed to represent a bow to the victims.

Stolpersteine are meant to commemorate all victims of Nazi Germany — from people murdered in Auschwitz and other camps to survivors of the camps to refugees who fled to British-occupied Palestine, the United States or other countries.

The stones honor Jews, Sinti and Roma, members of the political and religious resistance, people persecuted for homosexual activities, Jehovah's Witnesses, victims murdered as part of the euthanasia program, and people whom the Nazis labeled "asocial."

But not everyone is in favor of the stones It is "intolerable" to read the names of murdered Jews on plaques embedded in the ground and "trampled on," Charlotte Knobloch, a former president of the Central Council of Jews in Germany, once said of the project. Her successors, Dieter Graumann and current council head Josef Schuster, support the project. 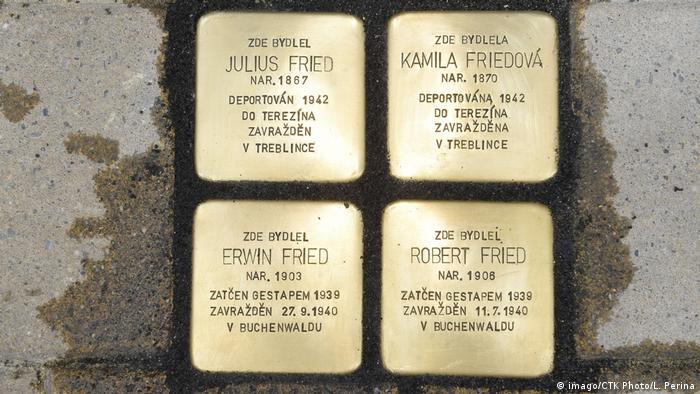 Stolpersteine exist in Germany's neighbors, almost all of which were invaded by Nazis

Today there are 7,000 stones in Berlin alone — and more than 70,000 in 24 countries in Europe. In 2017, the entrance of the Pestalozzi school in Buenos Aires became the first site outside Europe where a Stolperstein was embedded; founded in 1934, the German school was considered a refuge for people persecuted by the Nazis.

In May, Strasbourg, France, laid 20 stumbling blocks in memory of Nazi victims killed during the Holocaust; another 30 stones are to follow late this year.

The project remains a grassroots effort, supported by the labor of relatives of Holocaust victims, volunteers, students and schoolchildren around the world. Students, for instance, have researched the biographies of people persecuted under Nazi rule.

For years, Demnig himself created the stones, but since 2005 Berlin-based sculptor Michael Friedrichs-Friedländer has handcrafted every Stolperstein — making them by hand intentionally to contrast the process of creation with the Nazis' industrial killing apparatus in the concentration camps. The stones are financed by private donations: A mere €120 ($134) pays for a Stolperstein to be crafted and laid.