Farmers drove their tractors to The Hague to send the message to the government about the importance of their trade. They hoped to counter stereotypes that paint them as "animal abusers and environment polluters." 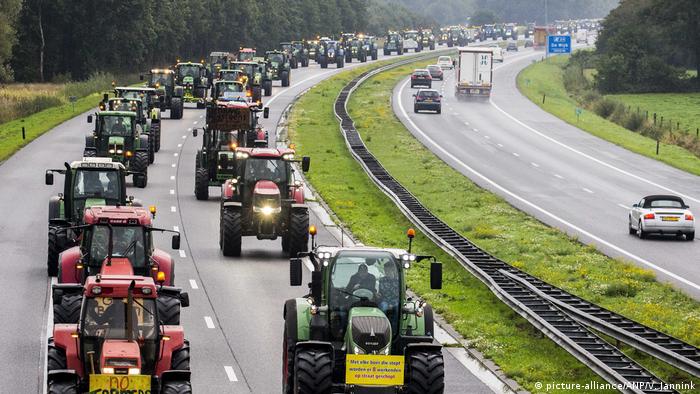 A caravan of tractors headed to The Hague

Thousands of farmers in the Netherlands staged a national protest on Tuesday, in support of their industry.

At least two thousand farmers took to Dutch highways and roads on their tractors, in a slow procession toward the country's capital, The Hague. Some drove their tractors along the North Sea beaches that lead to the city.

It was a visible demonstration of their trade, but it also caused major traffic chaos.

The Dutch motorists association ANWB said the tractors, along with bad weather and accidents, made Tuesday the busiest ever morning on the nation's roads, resulting in more than 1,000 kilometers (620 miles) of traffic jams.

The Hague police said two farmers were detained, one who drove over a fence with his tractor and another who tried to stop police from detaining the first offender.

"The police respect that farmers are standing up for their interest and we're trying to facilitate this demonstration with hundreds of tractors as well as possible," authorities said in a statement. 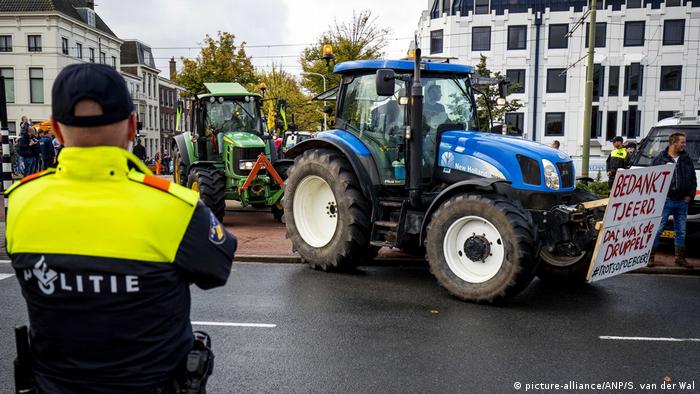 Some of the tractors wound their way through The Hague

‘Our way of life'

Protesters say their industry is being unfairly singled out for nitrogen emissions that pollute the environment.

They also sought to counter the "negative image" farming and farmers have in the Netherlands.

"We are not animal abusers and environment polluters. We have a heart for our businesses," organizers wrote on one of the protests' websites.

The role of farming and sustainability has recently become a hot topic in Dutch politics.

"This is about our families, our future, the future of our children. It's about our way of life," sheep farmer and one of the protest's organizers Bart Kemp told the crowd gathered in The Hague. 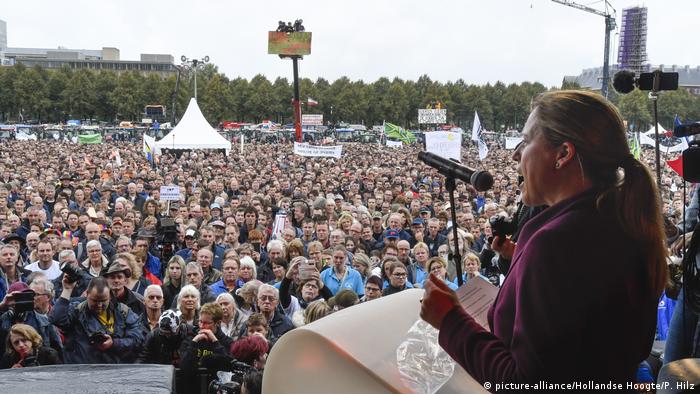 On arrival, the farmers attended an event in the capital

To date, the government has not taken steps against farmers, but at least one political party has suggested that the Netherlands move to reduce the number of live animals its farmers keep.

Another plan would grant financial aid to farmers who cease their operations or adopt more sustainable agriculture practices.

Kemp said lawmakers lacked "the common sense — farmer's sense — that nature and animals teach us" and called for a "new era in which the food producers of the Netherlands are listened to" by politicians.

Agriculture Minister Carola Schouten said she supported farmers and pledged to listen to their concerns.

"We are working for a strong agricultural sector with an eye on a healthy environment," Schouten told the farmers.

According to LTO, the Dutch farmers' organization, the Netherlands has nearly 54,000 farms. Agriculture exports were worth some 90.3 billion euros ($98.3 billion) last year.

Hedgehogs threatened by loss of habitat and food in Europe

The mammal has come under threat as humans destroy its habitat and kill off massive numbers of insects and invertebrates. The UK, for instance, has seen the population halved since the year 2000. (08.05.2019)

Austria is planning new policies to protect farmers after a woman hiker was killed by cows frightened by her dog. Farmers have been critical of a court decision ordering a farmer to compensate the woman's family. (12.03.2019)