The research by the University of California comes on the heels of a new law in California requiring dairy farmers to slash methane emissions. Methane is a major contributor to global warming. 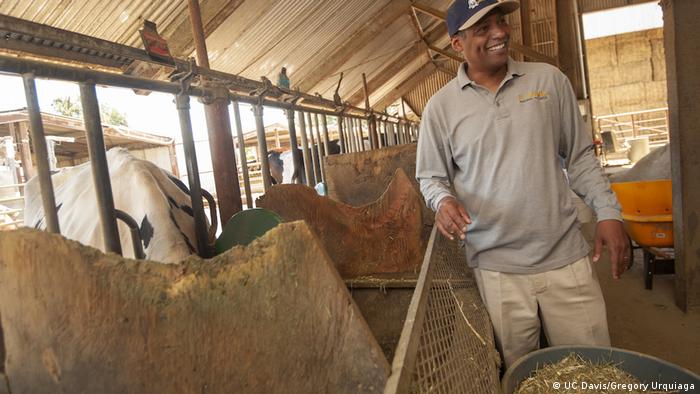 UC Davis says the research, using live cattle and linking seaweed in feed to reduced methane output, is the first of its kind in the world. 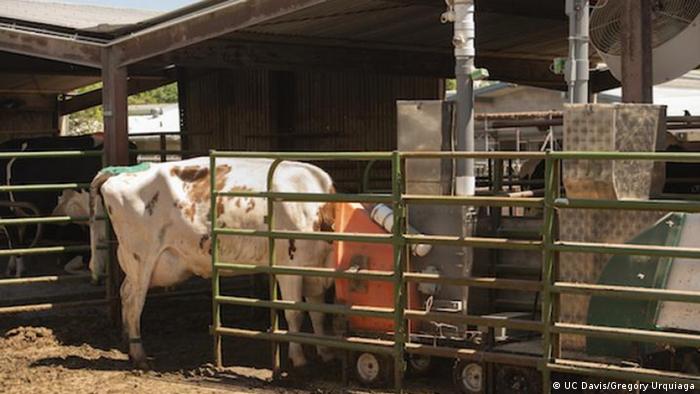 The orange device measures how much methane the cow belches out

But Kebreab cautions that the results are still being processed. "Results are not final, but so far we are seeing substantial emission reductions," he said. "This could help California's dairy farmers meet new methane-emission standards."

He expects to publish preliminary results by the end of June and plans to expand the research, using more cows, later in the summer. So far, his tests have included just 12 Holstein cows in three groups.

The idea that seaweed might contribute to methane reduction in cows first came to light last year in Australia. Laboratory tests there indicated that cattle feed containing 2 percent seaweed could slash methane emissions by 99 percent.

The seaweed appears to inhibit an enzyme in cows' stomachs that produces methane, which is released primarily by belching and passing wind.

The push to reduce methane emissions comes on the heels of a new California law that requires dairy farmers to slash methane emissions by 40 percent by 2030. There are well over 1 billion cows on the planet, and their discharges are a major source of greenhouse gas emissions. 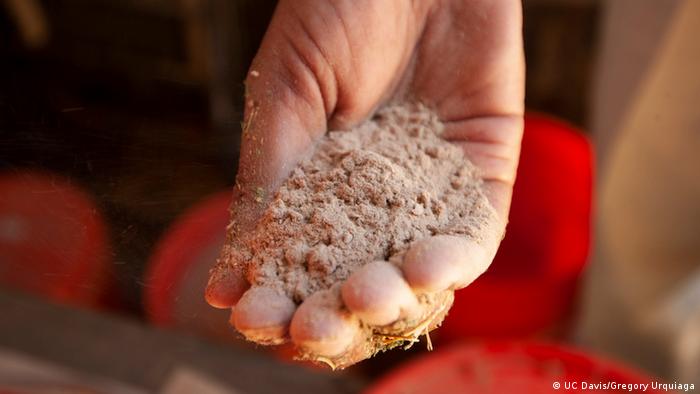 Kebreab did not reveal the percentage of methane reduction they were recording but said the preliminary results showed the reduced output far exceeded the mandate of the new law.

California, which has 1.8 million dairy cows, also has some of the strongest environmental laws in the United States. Methane is a heat-trapping gas and, thus, a major contributor to global warming.

"We have much more research to do to determine if seaweed supplements could provide a viable, long-term solution" Kebreab said. "But we are very encouraged by these early results."

European Commission Chief Ursula von der Leyen has said a global methane reduction pledge sponsored by the EU and the US will "immediately slow down climate change." Over 80 countries have signed on to the pledge.