A neo-Nazi who then became a radical Islamist faces trial in Germany over alleged plans to bomb police and soldiers. Three other defendants stand accused of aiding and abetting the plans. 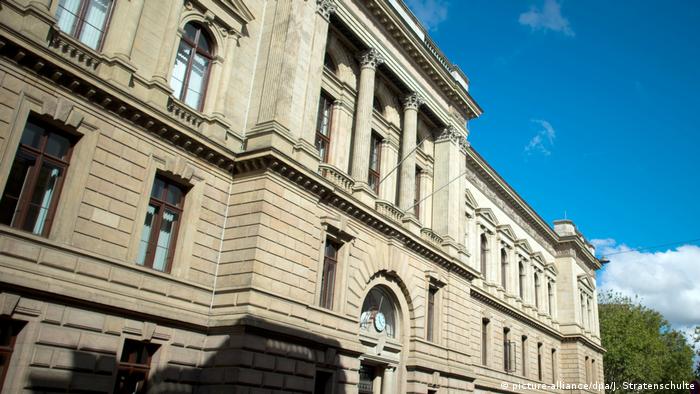 The trial of an alleged neo-Nazi turned so-called "Islamic State” (IS) supporter begins on Wednesday in the German state of Lower Saxony.

Prosecutors accuse Sasha L. of planning to bomb police and soldiers by luring them into a trap. Three other defendants – Afghan, Turkish and German nationals – also stand accused of aiding and abetting the 26-year-old German.

Sasha L. was arrested in February after police raided his apartment in Northeim, Lower Saxony, where they found materials for a self-made explosive device. Some of the materials to be used in the bomb were bought over the internet and intercepted by police.

Before swearing allegiance to the IS terror group in videos, Sasha L. had been active in the neo-Nazi scene in Berlin, according to the indictment. On a YouTube channel authorities attribute to him, Sasha L. posted videos against Muslims, migrants and anti-fascist groups, Der Spiegel reported in February.

Germany: Far-right violence and Islamists threat on the rise

He is reported to have then quickly converted to radical Islam around 2014 when he moved to Northeim. At one point, authorities became aware of Sasha L. when he allegedly tried to join an "aid convoy" from the German state of North Rhine-Westphalia to Syria, northern German broadcaster NDR reported.

A third defendant, 21-year-old German national Wladislav S., comes from the right-wing scene. Police became aware of his role after they found videos on Sasha L.'s computer that were allegedly made by the 21-year-old, who at one point stayed at the main suspect's home, NDR reported.

Investigators believe Wladislav S. and Sasha L. were bound together by a shared anti-Semitism. The two are alleged to have called German and American soldiers "servants of the Jews" and were willing to go so far as to engage in violence, NDR cited prosecutors as saying.

Prosecutors plan to bring in more than 30 witnesses and experts during the trial, which is currently scheduled to run until December.

Russia's top court has designated one of the most prominent Ukrainian military formations as a terrorist organization, paving the way for terror charges against some captured fighters.