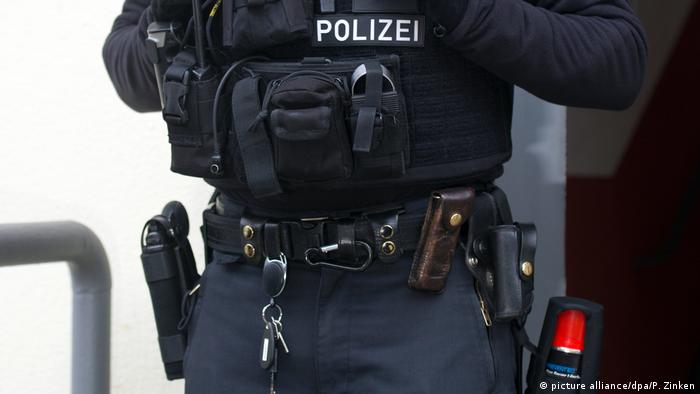 The young man was detained in the small town of Northeim in Lower Saxony. The arrest came just one day after German intelligence revealed a sharp uptick in radical Islamism throughout the nation. (23.02.2017)

Citing anonymous insider information, news magazine "Der Spiegel" said that investigators had tracked down a YouTube channel and a Facebook profile belonging to Sascha L. that showed he had previously railed against Muslims and anti-fascists in the country.

In 2013, the now 26-year-old posted videos in which he spoke of a "creeping death of the people," because of Muslims trying to impose sharia law in Germany. "Even a dog knows where it belongs. And where do you belong? Don't be stupider than a dog and save the German population from this planned extinction!" he was quoted in "Der Spiegel" as saying.

The "death of the people" rhetoric, as well as a specific white mask he wore in some of the videos, suggested that Sascha L. then identified with the neo-Nazi campaign known as the "The Immortals," which carried out a series of flash mobs in Germany around 2012. There was another video dated May 2013, entitled "Tips for fighting cockroaches," which called for attacks on immigrants in Germany.

But it appears that Sascha L. converted to Islam some time in 2014, when he faced a court charged with spreading "Islamic State" messages online. State prosecutors in Celle refused to comment on the "Der Spiegel" report to DW, saying only that an investigation was currently under way.

Sascha L. was arrested on February 21 on suspicion of planning a terrorist act and storing "items and chemicals" for manufacturing explosives. "The accused belongs to the Salafist scene," a state prosecutor's statement said, referring to the conservative Islamic movement. "During his first questioning, he admitted to planning to lure police officers or soldiers into a trap and then kill them with a home-made explosive." 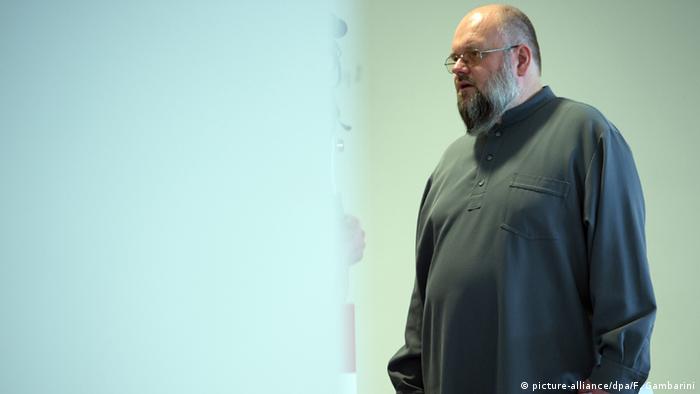 Bernhard Falk was a leftist extremist who converted to Islamism

This is not the first time that an individual has switched extremist groups. In 2012, Bernhard Falk, a former member of the leftist "Anti-Imperialist Cell" who converted to Islam while in prison, published a document calling for attacks on the Ramstein US military air base in Germany, after having apparently pledged allegiance to Al Qaeda. Most famously, Horst Mahler, a lawyer for the leftist Red Army Faction (RAF) terrorist group, later turned to far-right extremism.

These examples illustrate why Thomas Mücke, head of the Violence Prevention Network, an organization that runs de-radicalization programs in Germany, was not surprised by Sascha L.'s story. "Whatever extremism is concerned, it's always about marginalizing other people, seeking out a homogenous community opposed to democracy," he said. "The ideologies of far-right extremism and religious extremism are very similar." 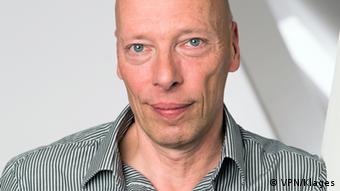 "If there is no basic acceptance of human rights, they either stay in their scene or switch to another problematic scene," he added.

Michaela Glaser, who runs a Halle-based research unit on preventing violent extremism at the German Youth Institute (DJI), thinks a tendency towards extremism is less about psychological patterns and more about social conditions:

"It's a combination of someone's experiences out of which certain things become plausible," she told DW. "Of course that has something to do with the individual and their needs, but 'psychological patterns' makes it sound too mechanical. There are certain socialization experiences that people have, that lead to extremist options becoming generally more attractive."

"There are very different motives as to why people join such groups, but among those motives are definitely compensating for a lack of appreciation, a lack of a sense of belonging, a search for clarity, for knowing where you stand," she said. "And those are things that those ideologies always cater to. They do it differently, and of course they belong to different social groups. For example, it's obviously a lot more difficult for someone with an immigrant background to access a far-right extremist group."

Glaser argues that what all extremist ideologies offer people is a clear distinction between good and evil and a sense that its adherents belong to a special, chosen group - and that a sense of self-worth is imparted through belonging to the group. In other words, whereas far-right extremism works by making distinctions between race, Islamist extremism functions by dividing people between believers and non-believers. But the structure is similar.