′Germany needs a national strategy′ for radicalization prevention | Germany| News and in-depth reporting from Berlin and beyond | DW | 07.12.2016

Three Islamist teens are on trial for bombing a Sikh temple in the western German city of Essen. Radicalization prevention expert Jens Ostwaldt talked to DW about how Germany fights religious extremism among youth. 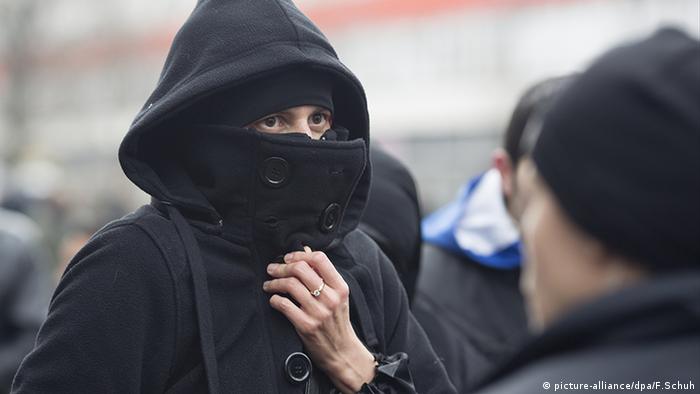 DW: What kind of programs and initiatives exist in Germany to prevent radicalization and extremism among young people?

Jens Ostwaldt: Unlike in other countries, prevention is a state affair in Germany, so there is not one nationwide strategy. France, the Netherlands and England do have that.

Here in Germany, each state has one institution responsible for working with youth who are considered at risk for radicalization. People working under this institution's umbrella try to bring the youth back into the fold of society and work with the teens to adjust their worldviews. These initiatives also look into possible reasons for the radicalization and how to counter those.

How does prevention work? What kind of methods do you use?

The majority of projects in Germany are directed toward people in a position to disseminate information, like teachers. The goal is to reach people who already work with youth, and convey knowledge and prevention methods to them. We want to give them concrete pointers on what kind of radicalization triggers are out there. 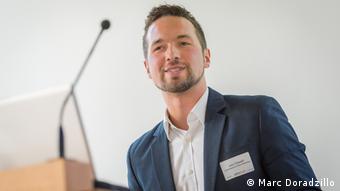 Ostwaldt: We work with people who are already part of the teens' lives

But it's also important to counter the general sense of alarmism that's prevalent at the moment. Some remarks made by teens are immediately examined under the light of extremism. But many youth simply want to provoke a reaction. No one bats an eye anymore when you become a punk or a goth, but Salafism or the "Islamic State" are still topics that you can shock adults with. So we have to understand some of that as simply a youth phenomenon.

A bomb attack on a Sikh house of prayer in Germany's Ruhr District has led to a closed-door trial of three youths in Essen. The charges include attempted murder. A Sikh priest suffered burns and a fracture. (07.12.2016)

The German Family Ministry wants to double its budget for anti-radicalization projects, particularly against Islamism. Some say it's an effort that has been neglected for too long - and needs even more backing. (14.12.2015)

How Germany plans to stop youngsters from becoming radical Islamists

The number of young Germans who are turning to radical Islamism, even taking up arms, is on the rise. Authorities are seeking ways to stop the trend. (11.12.2014)

At the same time, we have to be able to recognize the beginnings of true radicalization. With a large number of youth who have radicalized, including the attackers who are currently in court for attacking the Sikh temple, people close to them realized something was going on. Good prevention work is reaching parents, for example, and providing them with an avenue to voice their concerns without ruining the relationship with their children.

How do you recognize that a teen is at risk for radicalization or drifting toward extremist groups?

If a teen breaks away from previous friends and forges strong connections with a new group, that could be a clue. Another clue is a sudden change of life, like quitting cigarettes and alcohol. The point is that parents often see this as positive at first. That's why it's hard to see what's going on right away.

Some youth also completely withdraw and only live in their own ideology anymore. They will condemn all others and especially Muslims who don't follow their own interpretation of Islam. Radicalization comes with a big change in personality. It's also a group phenomenon, be that in the real world or online. They often connect with likeminded people on WhatsApp or Facebook.

One of the teens who bombed the Sikh temple in Essen participated in the state-run anti-extremism project "Wegweiser" or "Signpost." He went to a meeting four days before the attack. How effective are Germany's prevention programs really?

I believe that was a problem with the local organization, where things like warnings from the boy's mother weren't processed in a timely manner. In general, it's hard to measure how well prevention works because the only sign of its success is that nothing happens. 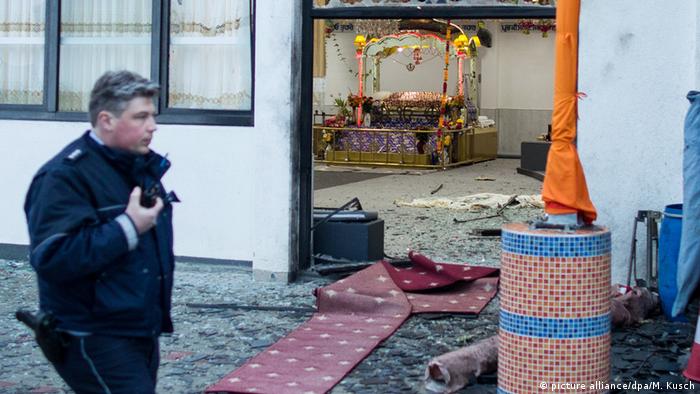 December 7 saw the beginning of the trial of three Muslim teens who bombed a Sikh temple in Essen in April 2016. Three people were wounded, one of them severely.

I do think that Germany is on a very good path. Last week, for example, saw the creation of a national working group concerned with religious extremism, so that's a step toward a better connection between local organizations.

What do you think still needs to change to improve radicalization prevention in Germany?

One of the things on my wish list is a national prevention strategy. Another is better funding. Different projects would exchange information a lot more effectively if they had long-term funding. Right now they have to reapply for money every four or five years and need to present successes to get it. That creates an atmosphere of competition.

With long-term funding, one group could share its successes and failures with the others. It would also allow for structural work that doesn't come with immediate results but is effective in the long run.

The cooperation with Islamic groups and mosques should also improve. We could work together on concrete prevention projects. Mosques and Muslim associations are currently not considered as important enough partners in prevention work. That needs to change.

Jens Ostwaldt is senior project manager with the "Prevent!on" project at the Democracy Center Baden-Württemberg. The center runs extremism prevention programs. "Prevent!on" is focused on religious extremism and how regional institutions can fight it.