A bomb attack on a Sikh house of prayer in Germany's Ruhr District has led to a closed-door trial of three youths in Essen. The charges include attempted murder. A Sikh priest suffered burns and a fracture. 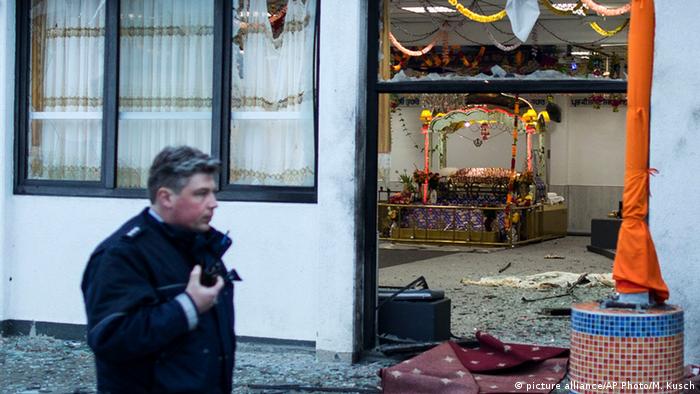 A bomb attack by three Muslim teenagers in the German city of Essen in April was politically motivated, according to charges that have been filed against the suspects. The trial set to open soon. (23.07.2016)

Essen's juvenile court held a hearing Wednesday for the trio accused of targeting Sikhs as "non-believers" in the context of Islamist ideology.

A court spokesman said the proceedings were postponed three hours because the transport of one of the detained suspects had been delayed.

A fire extinguisher packed with explosive chemicals was allegedly detonated by two of the accused at the entrance of the Sikh house of prayer on April 16 after a Sikh wedding. The third youth allegedly participated in the planning.

Under German trial rules, proceedings remained non-public because the accused were aged 16 when the crime occurred. Two have since turned 17. All three boys were born in Germany.

Prosecutors in their indictment said the three - from locations near Essen - were radicalized via social-media networks last year and targeted the Sikh center over the alleged mistreatment of Muslims by Sikhs in northern India. One of the defendants, identified as Yusuf T, displayed Salafist-like behavior as early as November 2014, according to comments made in April by North Rhine-Westphalia intelligence officer Burkhard Freier.

Lawyer: bombing was a 'prank'

The blast left the priest with burns and an open foot fracture and destroyed the prayer house's entrance door. Two other men suffered lacerations. 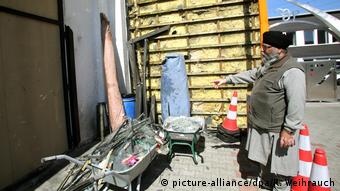 The bombing shocked the Essen community

The chemicals for the bomb were purchased online, prosecutors said.

"Yusuf has confessed setting off the bomb. However, we claim that he did not attempt to kill anyone - it was simply a completely misguided childish prank that caused someone to be seriously injured," he said.

According to the lawyer, Yusuf now rejects the extremist ideology as "paranoid nonsense."

In turn, Jan Czopka, the lawyer for the injured priest, said his client was still not able to go back to work after the blast.

"The community is still in shock over the bombing," he said on Wednesday.

Two of the youths are also accused of staging an illegal "experimental explosion" at a skate park in the Ruhr city of Gelsenkirchen on January 2. All three then allegedly staged another blast at the park on January 8.

The trial is expected to run until February and span 22 days of hearings.