How Germany plans to stop youngsters from becoming radical Islamists | Germany| News and in-depth reporting from Berlin and beyond | DW | 11.12.2014

How Germany plans to stop youngsters from becoming radical Islamists

The number of young Germans who are turning to radical Islamism, even taking up arms, is on the rise. Authorities are seeking ways to stop the trend. 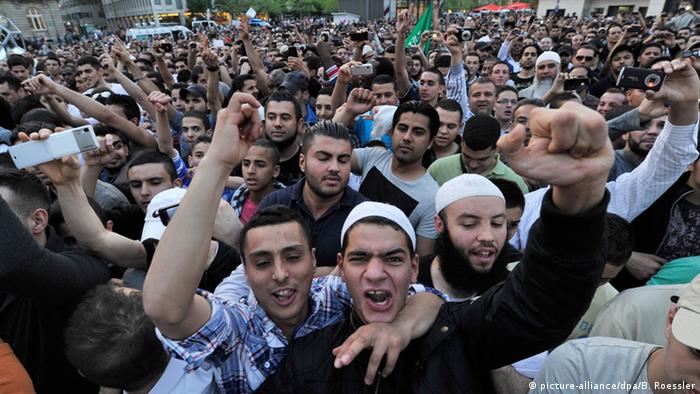 Some 600 young Germans have traveled to Syria to join the alleged holy war, according to German authorities. Around 60 are believed to have died.

Ahmad Mansour believes the number of German recruits is significantly higher. Based on his experience working in an information center for relatives of people slipping into radicalization, the psychologist and expert on Islam says 1,500 to 2,000 German jihadists are involved in Syria's civil war.

"One must focus on prevention," urges Peter Neumann of the International Centre for the Study of Radicalization and Political Violence at Kings College in London - especially in view of the growing threat of radicalized returnees.

It's important to make it clear to Germans who lean towards Islamism that reality in the so-called Islamic State (IS) has nothing in common with the propaganda on the Internet. The IS insurgents tend to battle fellow Muslims more often than Iraqi government troops, Neumann told DW. Many aren't aware of this fact, he says, adding that many Syrians also object to the presence of the foreigners.

Video messages from returnees thoroughly disenchanted with the jihadist cause would be an effective tool, suggests Susanne Schröter of the Frankfurt Research Center Global Islam (FFGI). Men could say "it wasn't what I expected at all, I didn't go there to kill other Moslems," Schröter told DW. Young women could recount how they were married to someone they had never met before, and "all they wanted was to get away, but didn't know how." 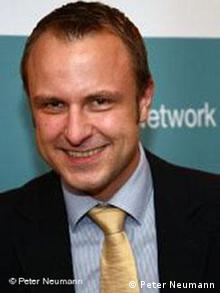 Germany has in fact launched a number of initiatives to help prevent fates like that of the pizza delivery man from the German city of Dinslaken who went to Syria and blew himself up in a suicide attack. But the initiatives differ from one federal state to the next, and there is no joint national strategy on how to prevent the radicalization of young Germans.

Earlier this month, the Greens Party introduced a draft law in the German Bundestag to finally get a united national approach on track.

A smattering of efforts at cooperation are in place already, however: the federal and state interior ministers exchange information on their various attempts at prevention, and in the northern city of Hamburg, where key operatives in the 9/11 attack lived, several authorities joined forces with Muslim and Alevite groups and worked out a concept to thwart religiously motivated extremism. The city has earmarked 1.1 million euros ($1.36 million) for the project targeted at schools, kindergartens, youth work and community services.

In Germany's most populous state, North Rhine-Westphalia, the domestic intelligence agency is responsible for such prevention work. The agency has earmarked 600,000 euros for that purpose in 2015; three information centers have already been set up, and three more are planned, along with a national hotline that has been in operation for several months. Concerned parents, teachers or classmates can dial the number if they suspect someone threatens to slip into the periphery of militant Islamism or Salafism. Every week, up to 50 leads are phoned in.

The agency emphasizes that its employees have no access to the information and that the social workers are free to decide on the course of action. In cooperation with clubs, Muslim communities, youth centers, social welfare offices and schools, the hotline is currently trying to keep about 30 people from becoming radical Islamists.

Teachers of Islamic Studies also hold a key to prevention in their hands. In Bonn, Bernd Ridwan Bauknecht teaches about 300 students every week. No more than five show extremist tendencies, he says, adding that they were not radicalized by a preacher on the Internet alone, but by an influential person in their immediate surroundings.

By explaining terms like jihad and Sharia based on the Koran and religious tradition, but taking a different perspective than the Islamist point of view, Bauknecht tries to decode Islamist propaganda.

He can't reach youngsters who have already become radicalized, but Bauknecht focuses on students who merely sympathize with the more radical forms of Islam.

A recent anti-Islamization demonstration in Dresden that made a point of avoiding right-wing symbols drew thousands. Now, the PEGIDA movement is spreading to other cities, fueled by worries of Islamic radicalism. (07.12.2014)

Around 450 Islamic extremists have traveled from Germany to Syria, and no fewer than 10 percent of them come from Bonn. Why has the former German capital become a center for Salafist extremism? (13.11.2014)