Following a violent demonstration in Cologne, the "Hooligans vs. Salafists" alliance is gathering again. This time, Hanover police have announced restrictions to prevent a recurrence of the chaos three weeks ago. 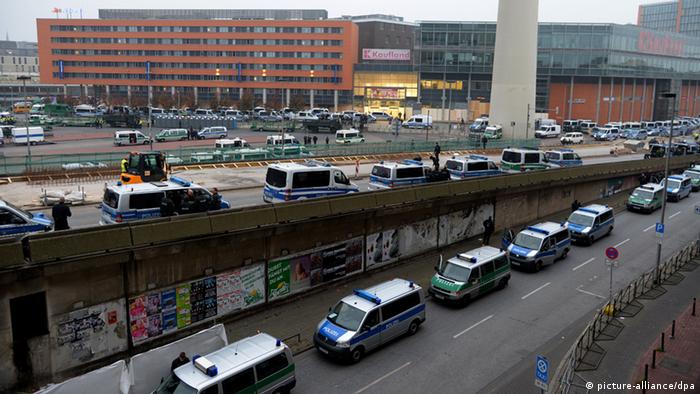 Police in Hanover have implemented numerous restrictions in preparation for a Saturday demonstration by self-proclaimed "Hooligans against Salafists" (HoGeSa), the alliance of soccer fans and right-wingers who say they fear the rise of Islamism in Europe.

Around 5,000 demonstrators are expected to gather at a designated location (pictured above) behind Hanover's central train station Saturday at 12:00 local time. Hanover's police are taking extra precautions after a similar protest in Cologne three weeks ago turned violent when police, having expected 1,500 protestors, were overwhelmed by the 4,800 who participated. 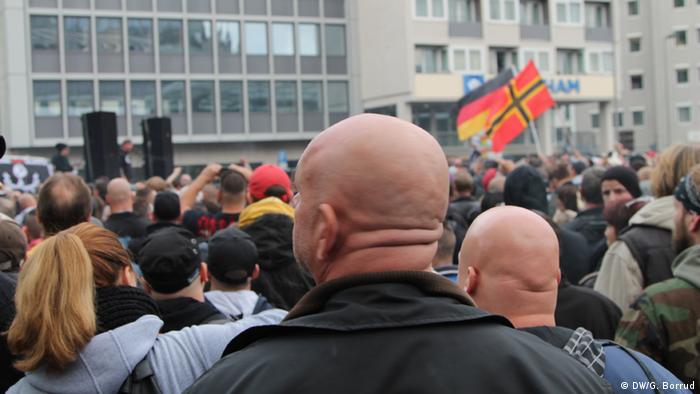 Here is an overview of the restrictions in Hanover:

Each individual demonstrator will be subject to a body search by police. All alcoholic beverages will be confiscated. At the Cologne demonstration, protesters drank heavily and threw beer bottles at police.

All forms of pyrotechnics are prohibited. Three weeks ago, firecrackers were lit off and thrown at police.

The court has banned a march through the streets following the gathering at the Hanover station. This is precisely when the Cologne demonstration turned violent - following an initially peaceful gathering, likewise at the central train station.

The police will end the demonstration at 16:00 local time. The HoGeSa alliance had requested the right to demonstrate until 17:00.

The music group Kategorie C, which is popular in the right-wing scene and played at the Cologne demonstration, will not be allowed to perform.

For the entire demonstration, a noise level limit of 90 decibels will be in place. 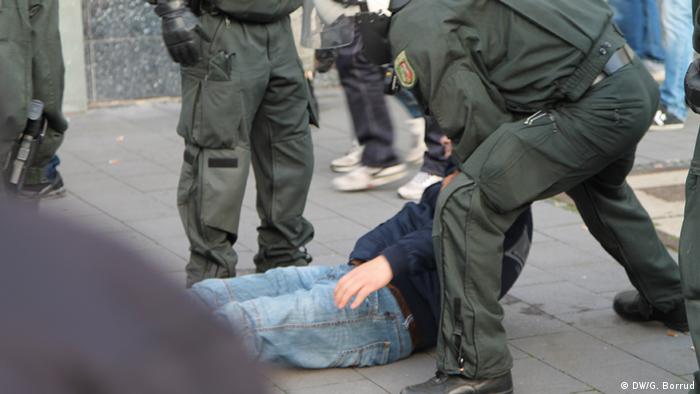 When asked how these restrictions would be enforced, the Hanover police press office said in a statement that demonstrators would be arrested.

Three weeks ago, only a few dozen arrests were made despite the violence that resulted in 49 police injuries. Cologne police afterwards said that officers were instructed to pursue a strategy of "de-escalation" when asked why so few arrests were made.

Police had attempted to ban the demonstration, entitled "Europe against the terror of Islamism," earlier this week. The alliance appealed to a district court, which , citing Article Eight of the German constitution, the freedom of assembly.