The young man was detained in the small town of Northeim in Lower Saxony. The arrest came just one day after German intelligence revealed a sharp uptick in radical Islamism throughout the nation. 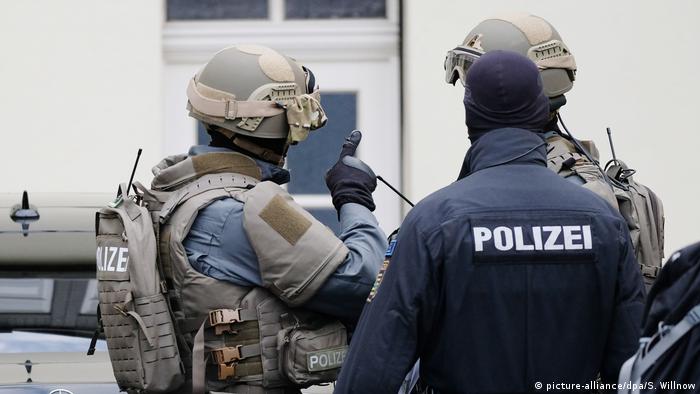 Authorities in the German state of Lower Saxony said on Thursday that they had arrested a 26-year-old Salafist for allegedly planning a terror attack. State prosecutors said that bomb-making materials were found in his apartment in the picturesque town of Northeim.

Police believe that the young man was planning to target police officers or soldiers. They believe he wanted to lure them into "falling in a trap," where he would lay the explosives.

Later, prosecutors said that the man, who had German citizenship, had long been known to authorities as a radical Islamist. Uwe Lührig, chief of police in the nearby city of Göttingen, said that rooting out suspected terrorists was the highest priority for officers in the area. He praised the police for their swift and professional action.

The news came one day after Germany's domestic spy agency (BfV) released some troubling statistics about the rise of radicalization amongst young Muslims across the country. Up from about 100 people in 2013, the BFV announced on Wednesday that some 1,600 Islamists were living in Germany, about 500 of them considered capable of planning a terror attack. The new numbers represent an increase of several hundred in a matter of a few months.

This was the second incident of suspected terrorism in two weeks in the Göttingen area. A 22-year-old Nigerian and a 27-year-old Algerian were questioned by police on suspicion of plotting extremist violence. They were found in possession of improvised weapons, "Islamic State" flags and USB sticks with radical materials.

German domestic spy agency finds Islamist amongst its own

Prosecutors have issued an arrest warrant for the 51-year-old convert to Islam. The former bank employee had been hired to monitor growing extremism in Germany. (29.11.2016)