Nazi hunter Zuroff: ′There′s political will to prosecute Nazis in Germany′ | World | Breaking news and perspectives from around the globe | DW | 08.08.2015

Efraim Zuroff, who has been bringing Nazi perpetrators to justice for 35 years, wants the public's help in finding the last remaining Nazi war criminals. They are still out there, he says - and he's not going to stop. 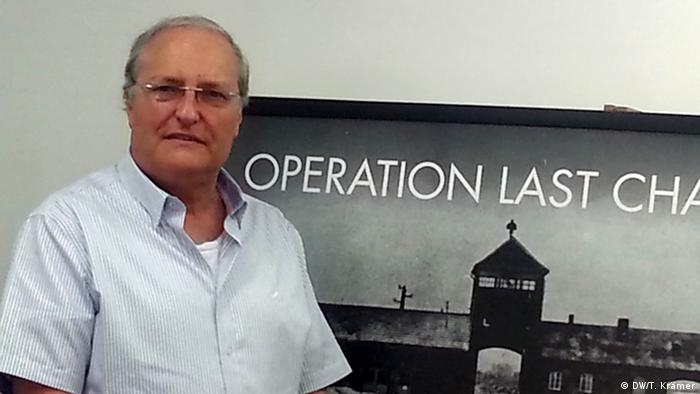 DW: Mr. Zuroff, you've often been called the last Nazi hunter. Is that how you would describe yourself?
Efraim Zuroff: Using that term just makes my job easier. If you say you are a Nazi hunter, it is obvious that you are involved in bringing Nazis to justice. I am one-third detective, one-third historian and one third-political lobbyist. Those three terms describe how someone hunts Nazis in the 21st century.

Isn't time running out to find Nazi perpetrators 70 years after the end of WWII - mainly due to the perpetrators' old age?

There are fewer people, yes, but you'd be amazed how many people are still [left] today. This is what most people don't realize. It's because of [longer] life expectancy. In other words, if 70 years after the Holocaust, after World War II, it were 1920, we wouldn't be having this conversation.

How do you "hunt" Nazis today?

From the very beginning, the way we had to do it was actually quite absurd. Police start with [investigating] the crime when they try to catch criminals who have committed a crime. We couldn't do that. We started decades after the war was over.

And most of the people who committed the crimes during the Holocaust were already dead. I have been doing this work for 35 years. So at a certain point the modus operandi became working from information regarding potential suspects who may or may not have been Nazi war criminals, but who are healthy and alive and healthy enough to be brought to justice. 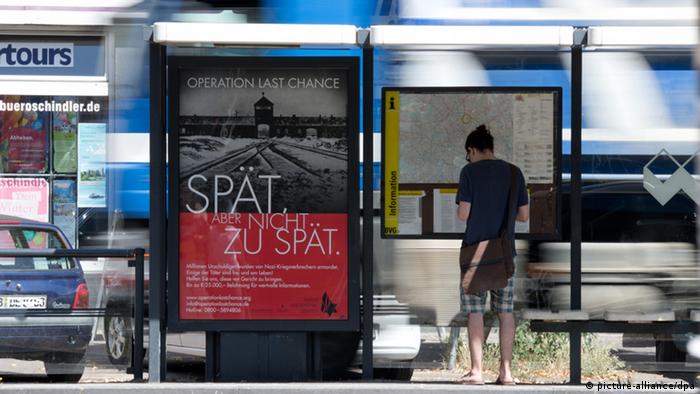 Most of the famous, well-known Nazis are dead. How easy is it to find Nazi perpetrators today? Have they taken on different names and identities for example?
[The people we find] today are not people who have changed their names. These are people who correctly assumed, until now, that no one would ever look for them. Who is going to know about the Lithuanian vigilantes for example, who killed Jews even before the Nazis came? Or the members of the Waffen SS [a Nazi special paramilitary unit] on the Eastern Front? Who's going to bother with them?

These people are suddenly targets. There will be some who might say this isn't fair, because the people above them, people who were more important than them, were not prosecuted in many cases, or were prosecuted and acquitted or prosecuted and given light sentences. But the concept of individual responsibility applies to everybody. So in a certain sense these people have bad luck to live to an old age.

You started the campaign "Operation Last Chance" in Germany and other countries. In 2013, posters and ads in German cities asked for help in finding Nazis. You also offered a substantial financial reward. Some critics say this was a mere publicity stunt with not so many results. What impact did this campaign actually have?

There are many people who know the Simon Wiesenthal Center is hunting Nazis and looking for information. Many people don't have to see a poster next to a bus stop in Berlin to be reminded of that. In any case, they contact us by phone or email.

To be honest, most of the information we get is rather worthless. For example, I got a call from someone telling me that in the 1970s, when they were backpacking in Peru, in a place they don't even know the name of, they came across an elderly German living in a hut among the local population. So what am I supposed to do? Hire a private plane and fly right to Peru?

When do you decide to go after a case?

There are three criteria. One is credibility. Two: are they alive and healthy enough to be brought to justice? And three: have they ever been previously prosecuted for a war crime and if so, what is the war crime? 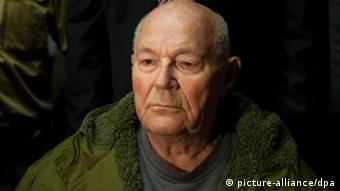 Germany has seen two major law suits in the past years - the cases of Oskar Gröning this year and the case of Ivan Demjanjuk in 2011. After Demjanjuk's trial, there was the assumption that it set a precedent and that more people like him would be put on trial. Did that actually happen?

Gröning was only the first. There are dozens of cases being investigated, most of them by the Germans to their credit. The prosecutors at Ludwigsburg came up with a legal strategy: Demjanjuk served as an armed SS guard in Sobibor death camp whose sole purpose was the mass murder of Jews. So [he's] automatically guilty of at least accessory to murder.

So basically it opened up new possibilities of prosecution?

As a result of the Demjanjuk trial, we sent a list of 80 people to the German Justice Ministry, who served in the Einsatzgruppen called A, B, C and D [mobile killing squads comprised of German SS and police]. But our problem is data protection - so in other words I can have a list of names, but I can't find them since I don't have access [to the data]. So we are waiting to hear back from [the German Justice Ministry].

How do you see efforts in Germany to prosecute Nazis? Did you see a change over the years, since many German judges were still close to the Nazi regime in the early days?

In the beginning, there was tremendous opposition to the prosecution of Nazis in Germany. They couldn't completely stop it, but some of the verdicts were just ridiculous. People who served in [German death camps] Sobibor or Treblinka were given a couple of years [in prison].

But we are light years away from those days in the 60s and 70s in terms of knowledge about the Holocaust, in terms of sensitivity and in terms of understanding of what a horrendous atrocity it was. Had they applied the same criteria 40 years ago as they do today, the number of cases would have been multiplied by 40 or 60. 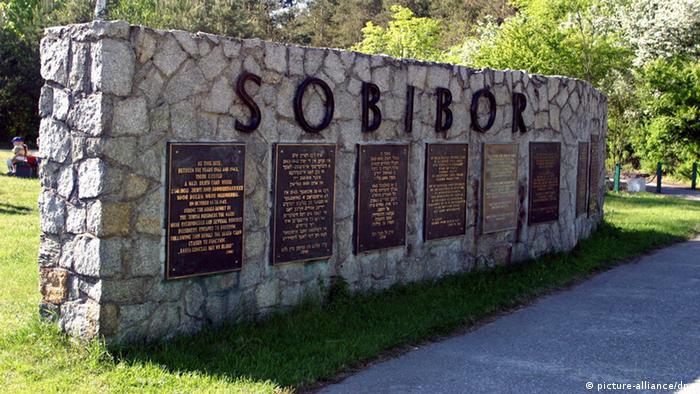 The purpose of death camps like Sobibor was to kill, therefore the guards are guilty of accessory to murder, says Zuroff

What do you see as your biggest achievement?

The most important achievement for me is to help the world understand the Holocaust was not only [done by] Germans and Austrians [who were] against the Jews - it was Europe against the Jews. In other words, in every single country in Europe there were local people who helped the Nazis, and in Eastern Europe, which is where most my work was done, collaboration with the Nazis often meant active participation in mass murder. 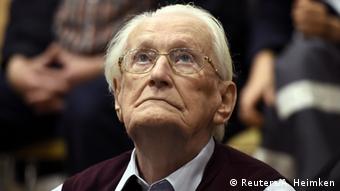 Gröning, 94, worked as a bookkeeper at the Auschwitz death camp

What do you see as failure or regret?

There is a long list of people who died on us, or who died in the middle of an appeal. In that respect it is incredibly frustrating.

For example when [Hungarian Nazi war criminal suspect] Sandor Kepiro was acquitted [in 2011], the whole trial was a farce. I felt that it was the most painful sense of failure, I thought like I had failed the victims. I am doing it for them, not for me.

The only way I could sort of overcome my sense of frustration and failure was again to think of the victims, what they went through - what happened to them was a million times worse then any frustration I might feel. I'd say at least we got the guy on trial. We ruined his life. That is going to count for something? To console myself I had to create a different scale of success.

American-born Israeli Efraim Zuroff is the director of the Simon Wiesenthal Center in Jerusalem and coordinates the center's research on Nazi war crimes.

Gröning says 'I'm sorry,' as Auschwitz verdict to be delivered earlier than expected

The verdict in the trial of 94-year-old Oskar Gröning, the so-called "accountant of Auschwitz," will be delivered on Wednesday morning, a full week earlier than expected. Ben Knight reports from Lüneburg. (14.07.2015)

A 93-year-old is on trial for acts that date back more than 70 years. Auschwitz is a symbol of evil, and this trial also has largely symbolic importance, writes DW's Felix Steiner. (22.04.2015)

Three elderly men suspected of having served as SS guards in the Nazi death camp Auschwitz have been arrested in south-western Germany. It follows a federal push to investigate Nazi crimes. (20.02.2014)