Three elderly men suspected of having served as SS guards in the Nazi death camp Auschwitz have been arrested in south-western Germany. It follows a federal push to investigate Nazi crimes. 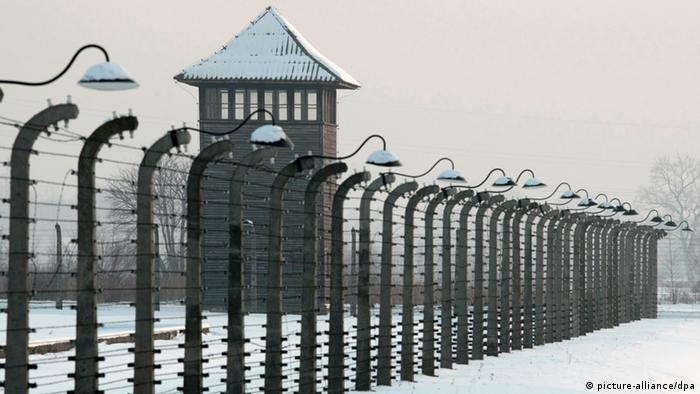 The three men, aged 88, 92 and 94, were arrested in the south-western state of Baden-Württemberg on Wednesday. They are being detained in a prison hospital after undergoing medical tests and having their fitness confirmed by a judge, prosecutors in the city of Stuttgart announced on Thursday.

They are suspected of involvement in murders at the Nazi Auschwitz concentration camp in occupied Poland, where an estimated 900,000 people - mostly Jews - were killed in gas chambers during the World War II. A further 200,000 died by other means, including executions by the SS, or hunger and sickness.

The men were arrested in a series of home raids, which included three more locations in Baden-Württemberg, and at other homes in the states of Hesse and North Rhine-Westphalia. In Hesse, two suspected former Auschwitz guards are being investigated, prosecutor Doris Möller-Scheu said.

In North Rhine-Westphalia, prosecutors said a man confessed to having been at Auschwitz in 1942, but denied direct involvement in mass murder.

"Various records and documents from the Nazi era were seized, and their evaluation is ongoing," a statement about the Baden-Württemberg raids said.

"Given the advanced age of the defendants, every effort should be made to expedite their prosecution," Zuroff added.

Officials decided to track down suspects after the conviction of John Demjanjuk.

In 2011, a Munich court sentenced Demjanjuk, a former guard at the Sobibor concentration camp, to five years in jail after finding him guilty of 20,000 counts of being an accessory to murder. Demjanjuk, who was born in Ukraine and spent much of his adult life in the United States, had faced a series of trials prior to the Munich trial. He died in March 2012 at the age of 91.

The case established that death camp guards could be convicted as accessories to murder if there was no evidence that they personally committed atrocities.

The passage of time in no way diminishes the guilt of the killers, says Dr. Efraim Zuroff, head of the Simon Wiesenthal Center in Israel. He speaks to Deutsche Welle about the trial of a former SS guard at Sachsenhausen.

The 96-year-old had tried to escape on the initial day of her trial on September 30 and was only arrested hours later. She is accused of complicity in the murder of over 10,000 people.