NATO: US and Turkey aiming to prevent direct clashes in Afrin | Europe | News and current affairs from around the continent | DW | 26.01.2018

NATO: US and Turkey aiming to prevent direct clashes in Afrin

NATO Deputy Secretary-General Rose Gottemoeller has told DW that communication is the key to preventing the US and Turkey from colliding in Syria. She also discussed whether the world faces a new nuclear arms race. 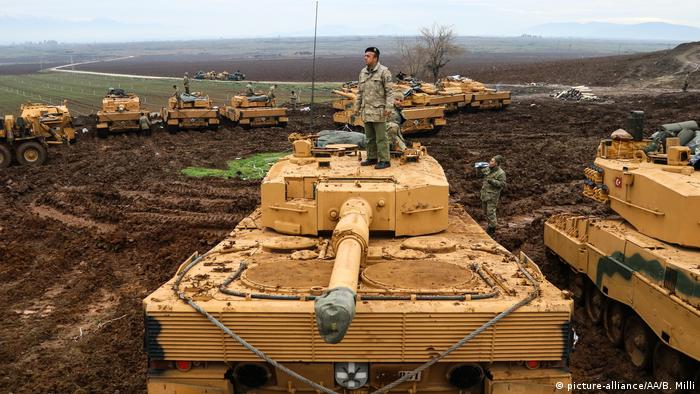 DW: You were in Ankara earlier this week when two of NATO's most important allies were clashing politically, if not yet militarily, in northern Syria. What kind of tension did you feel on the ground and what was the Turkish government looking for from you?

Rose Gottemoeller: Everybody was very attentive to what was going on on the ground in Afrin. I had very, very good transparency from the Turkish ministry of defense and other interagency representatives I met with. In fact, I was briefed on the operation when I was there and the flow of information was very, very good. So in terms of the NATO interaction ... it was transparent, professional, very straightforward.

Your main message was that NATO stands with Turkey in the fight against terrorism. But what if that fight becomes a fight against another ally ... a more direct clash between the United States and Turkey?

All NATO allies have been wrestling with terrorism threats in recent years, but Turkey has had the most intense number of attacks on Turkish soil, and so there is a clear recognition of that; they have legitimate security concerns, in other words. But the other message I hit upon again and again and again is the need to bear in mind that NATO as an institution stands for the rule of international law and therefore attacks should be proportionate; they should be mindful of preventing casualties among civilians and furthermore they should be limited in scope and in time. 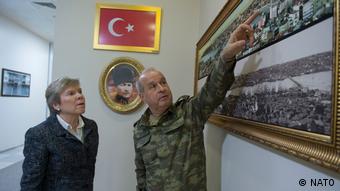 The US says it's going to stay in northern Syria and that it's not pulling back support for the Kurdish People's Protection Units (YPG) and the Turks say they will stay there as long as they need to to feel that the border is secure. Is there any eventuality except that this becomes a more intense clash between two allies?

There were many ideas that were being developed even when I was in Ankara earlier in the week, [e.g.] this notion of a safe haven or a safe area. And I note this morning in the press that the Pentagon is also apparently considering ideas of that kind. But the point that I have found very, very interesting in talking about how Washington and Ankara are working together is there seems to be this wish, this desire for Washington and Ankara to work together on this ... from our perspective that's the best way to go.

I think it's also very important that the military have such ... good hour-by-hour communications going on that they are deconflicting, they are staying in close touch and they are working together to try to begin to find some solutions. That's the most important thing from NATO's perspective.

How would you work together if you've got militaries that are marching toward each other?

The militaries could march toward each other and clash, but what seems to be happening in actuality is that they are keeping lines of communication open and carefully deconflicting so that they are not ending up in that kind of situation..

Are you worried about it? 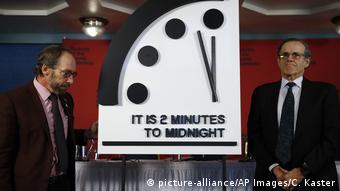 Well, of course, we're always worried when people's lives may be at risk among our allies.

Changing topics, as somebody who has spent their entire life working for arms control, how does it feel to know that the perception for many people is that nuclear conflict is closer than ever? That we truly are facing the possibility of a new arms race?

We have at the present time a situation where the major nuclear powers are proceeding with nuclear modernization, and the United States is modernizing the nuclear triad. I, frankly, support that. As long as nuclear weapons are in the world, the United States needs to maintain a safe, secure and effective arsenal. And the age of the current US arsenal is such that it's hard to maintain its safety, frankly, going forward. So in my view modernization is necessary, but it must be coupled with continuing work on disarmament.

NATO allies support the US belief that Russia has violated the Intermediate-Range Nuclear Forces (INF) Treaty. NATO is being asked to back the US to put more pressure on Russia to bring it back into compliance with the INF. Is it possible you will have new verification meetings? How is this going to work, or is the treaty dead?

I don't think the treaty is dead by any means. And, in fact, it still provides for stability in an important way.

I was very glad to see that the Trump administration picked [the Russian violation of the INF] up and have even upped the ante. They've talked about some of the response measures they are working on and would be willing to take if Russia does not return to compliance with the treaty, so that's a very important diplomatic step they've taken. And as far as I understand, they're going to continue to work on the matter at the negotiating table.

There will be consequences if [the Russians] don't return to compliance with the treaty. We've already heard that from the Trump administration ... so that's why I think it's important for all of our allies and other countries around the world to underscore for the Russian Federation the importance of the INF treaty.