Greece denied that talks on de-escalating tensions with Turkey are planned, just hours after NATO announced a deal. 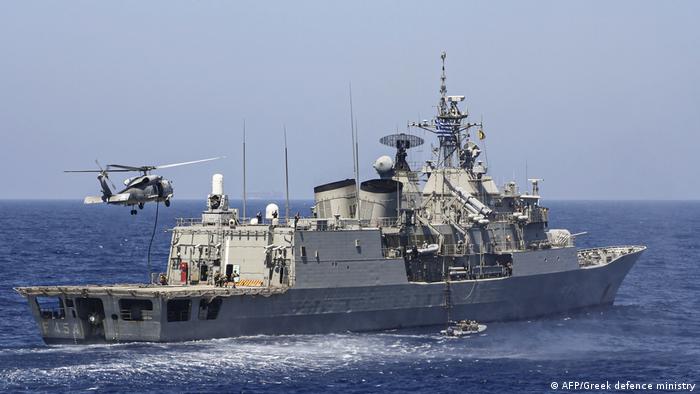 Hopes for a breakthrough in quelling the rising tensions in the eastern Mediterranean Sea dimmed on Thursday after Greek officials denied that they'd agreed to talks with regional rival Turkey.

NATO chief Jens Stoltenberg announced that the two sides had agreed to "technical talks" to avoid accidental military clashes in the region.

"I remain in close touch with all concerned Allies to find a solution to the tensions in the spirit of NATO solidarity," he said in a statement posted on Twitter.

Just hours later, Athens denied that such talks were planned, with one Greek official telling the Associated Press that the NATO statement "does not correspond with reality."

"De-escalation would only be achieved with the immediate withdrawal of all Turkish ships from the Greek continental shelf,'' the official, who spoke on condition of anonymity, told AP.

Turkey's Foreign Ministry issued a statement backing the NATO initiative, adding that the talks weren't intended to solve bilateral problems but rather focused on the actions of the two countries' militaries.

"We want to reiterate that our country is ready for unconditional dialogue to find lasting and just solutions with Greece on all problems between us in the framework of international law," the statement said.

Germany has also been leading a push for more dialogue between Greece and Turkey, with German Chancellor Angela Merkel holding talks with Turkish President Recep Tayyip Erdogan on Thursday.

Greece and Turkey have been locked in a dispute over gas exploration, with concerns about a potential military conflict running high.

In recent weeks, the two NATO allies have been carrying out military maneuvers with naval ships and fighter jets involved.