NATO Secretary General Rasmussen is asking for increased armaments due to the Ukraine crisis. But many in Germany see overwhelming strength in NATO and don't view Crimea as a catalyst for instant upgrades. 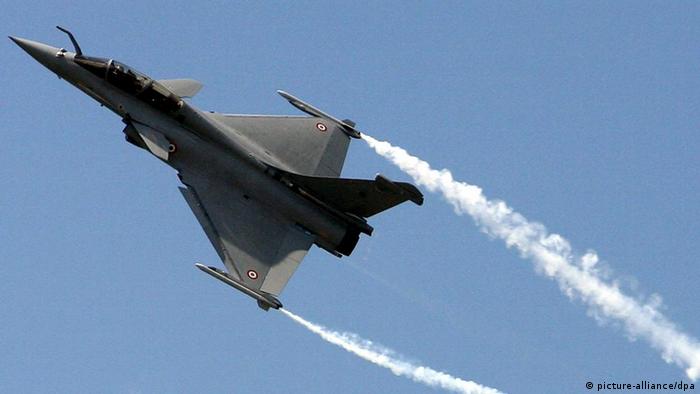 "After all that we have experienced in Ukraine, we will undoubtedly place more weight on defending territorial integrity in the future," said NATO Secretary General Anders Fogh Rasmussen in an interview with the Frankfurter Allgemeine Sonntagszeitung newspaper.

The annexation of Crimea by Russia, he added, was a turning point in NATO's security policy, comparable to the fall of the Berlin Wall and the attacks on September 11, 2001."We must react to this situation," said Rasmussen. His answer? Armament.

"We can't carry on as before."

For many European countries, that had previously meant cutting defense spending after the end of the Cold War. Germany in 1990, for example, spent 2.8 percent of GDP on defense; today it spends 1.3 percent.

NATO recommends two percent, but hardly any member country hits this target. Russia, by contrast, generally spends more than four percent on its military and is investing large amounts to upgrade military equipment considered to be outdated. It wants to spend 600 billion euros ($835 billion) on new weapons by 2020, according to Alexander S. Neu, a Left Party politician on the defense committee of German parliament. 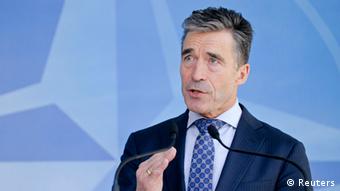 Rasmussen is asking member states to increase their defense budgets

Defense expert Neu doubts, however, that Russia will be able to raise that much money. He also thinks the Russian threat to Europe is overestimated.

"Not a single NATO country is in any way threatened," he told DW."It's artificial hysteria which is used to improve the public image of NATO." The defense alliance has lost its old bogeyman - the Soviet Union - and now Russia has to serve as bogeyman once more, he says.

Security expert Christian Mölling at the German Institute for International and Security Affairs in Berlin (SWP) says that's particularly true with regard to countries like Spain, Italy and also France.

"These countries are battling against a completely different enemy - problems in their social and fiscal systems. And that's far more important than spending more money on armament and the military," he told DW.

Defense Minister von der Leyen thinks that it's not about "raising the defense budget."

"NATO is strong," she says, "and I think Russia knows that."

That strength, says defense expert Mölling, is in the numbers. "European NATO members alone outnumber Russia. That applies for the number of troops as well as for the size of the tank fleet and other military units."And NATO also is qualitatively superior to Russia," he added. 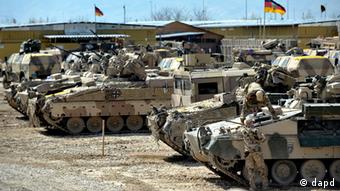 While NATO certainly has some weak points, they're unrelated to the Crimea crisis, according to Mölling. The defense alliance has to invest in drone and satellite reconnaissance and in logistics, for example, and in large transport aircrafts.

"We need to spend money on things like that, but that's not new."

These acquisitions, he says, should be purchased in masse. Were they projects and purchases to be made transnationally, up to 30 percent of the cost could be saved.

The transnational aspect is what Left Party politician Neu views as unfeasible. "That generally doesn't work too well. When the division of labor is too wide, the defense suppliers don't work well together."

Current co-operations are exemplary: The Eurofighter warplane, with its difficulties in the development process, or the A400M military transport aircraft, whose development costs ballooned.

Those costs could be reduced, according to military experts, if countries were to take special responsibility for a single military task: Great Britain might provide the navy, for example, with Germany responsible for logistics and transport.

Neu, however, says such a scenario is politically questionable.

"Such projects create a participatory mechanism. If the majority of the countries want a military operation, then Germany would be more or less forced to take part in it because of the multinational military staff."

In that line of reasoning, national parliaments like Germany's Bundestag, which typically has the decision-making authority in issues of deployment, would be subordinated. 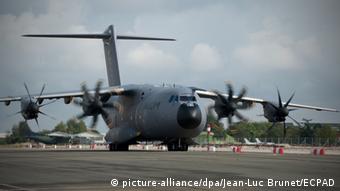 Not one of the experts thinks the Ukraine crisis should mark the beginning of a new arms race, as NATO Secretary-General Anders Fogh Rasmussen has requested.

SWP expert Mölling would like to see armament "in homeopathic doses and at the right place." He added that, "We are not talking about hundreds of billions of euros, as Rasmussen is currently dreaming of."

Mölling sees Rasmussen's statement as a parting shot at the end of his time in office. NATO will have a new Secretary General by autumn.

Alexander S. Neu goes a step further, suggesting Rasmussen is a "Washington man" who intends to transplant US military costs onto European shoulders.

"The Europeans are increasingly having to undertake tasks which, up until now, had been managed by the US alone. That's why [the Europeans] are supposed to beef up their defense budgets."

The Left politician also added that he views Rasmussem as the executive body of US policy wishes.

NATO is facing a fundamentally new situation in which defending against an attack from Russia could be at the center of its strategy. Approaches long considered obsolete are back on the table, writes DW's Bernd Riegert. (06.05.2014)

In an interview with DW, former US ambassador to NATO, Ivo Daalder, calls on the military alliance to beef up its troop presence in Eastern Europe. He also explains why Putin is making a fundamental miscalculation. (02.05.2014)

The Moldovan security forces at the Ukrainian-Moldovan border are on the alert due to the escalation of the Ukraine crisis and possible provocations. (07.05.2014)