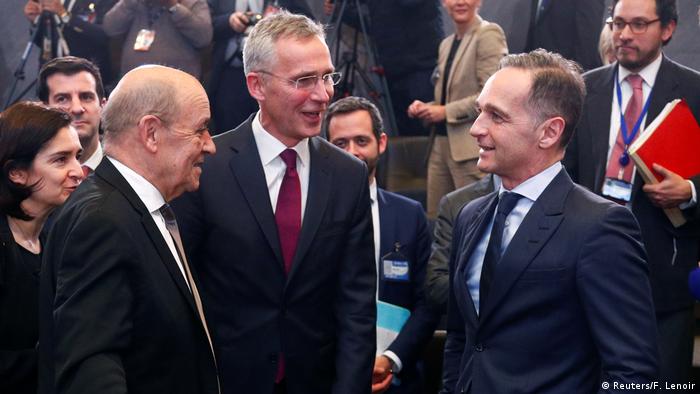 The proposal is seen as a reaction to comments by French President Emmanuel Macron earlier in November that the North Atlantic Treaty Organization was "brain dead" in an interview with British magazine The Economist.

Maas said he was "confident that we have hit the right note with our proposal and have started discussions that need to be had within NATO" after the meeting. France seconded the plan.

"NATO has recently experienced some stress tests," a spokesman for Maas said in Berlin earlier on Wednesday. "We want confidence to be regained in NATO."

NATO Secretary General Jens Stoltenberg, who will travel to Paris next week to confront Macron in person about his comments, welcomed the German proposal. He said it had gained the support of "many NATO allies" within the meeting.

German Chancellor Angela Merkel, who was not at the meeting, later defended NATO once again, stressing the importance of "not turning the old order on its head."

But some commentators are skeptical about Maas' motives. Jan Techau, senior fellow at the German Marshall Fund of the United States, told DW that the proposal was "a frantic attempt to answer to Macron's foray, the Economist interview, and everything that came after that."

"It is a pretty classic German suggestion: create a working group of some sort and publish a report," Techau said. "It is, again, a fairly typical thing to prefer process over substance."

US 'remains Europe's most important ally'

On Wednesday it was up to French Foreign Minister Jean-Yves Le Drian to explain Macron's comments to the alliance of 29 nations during the course of the meeting, which ruffled international feathers.

Macron also caused controversy by suggesting that Europe should coordinate its own security without relying on the US. Maas' proposal appears to acknowledge this concern.

"The US remains Europe's most important ally, but it is also clear that we have to develop NATO further," his spokesman told reporters.

Read more: Opinion: Don't give up on NATO just yet

US ambassador: 'We're much more forceful'

US Ambassador to NATO Kay Bailey Hutchison was also critical of Macron's comments.

"We think NATO is the security umbrella that has worked so well for 70 years and we think President Macron is wrong," she told DW. "If he's wanting to start a dialogue, we'll start a dialogue."

"I see a difference between the way Europeans look at security and the way America does," she added. "I think we're much more forceful. And I think the Europeans have a less of an urgency about the threats that we face."

NATO will celebrate its 70th anniversary in December with a meeting of all leaders. Wednesday's meeting concerns space warfare and a new policy towards China.