NASA has reported a technical malfunction during a launch of an American astronaut and a Russian cosmonaut to the ISS. The two pilots were recovered after their Soyuz capsule crash landed in Kazakhstan. 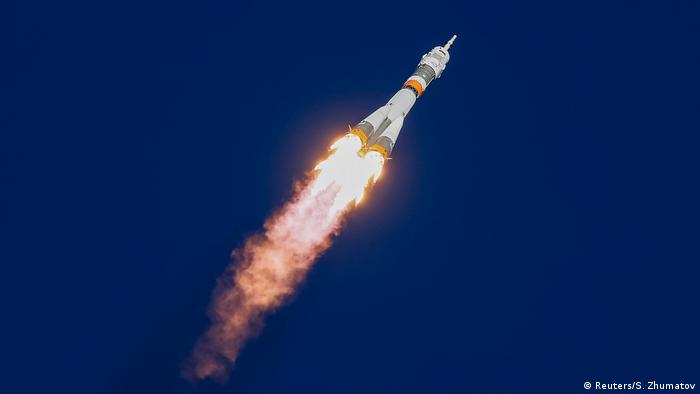 An American astronaut and Russian cosmonaut aborted their flight to the International Space Station (ISS) on Thursday after a booster failure on the Soyuz spacecraft.

"The Soyuz capsule is returning to Earth via a ballistic descent, which is a sharper angle of landing compared to normal," said NASA mission control in Houston.

During their plunge to the surface, the two-man crew was forced to endure 6.7 times the force of gravity, according to Russian controllers.

The Soyuz capsule landed approximately 20 kilometers (12.5 miles) east of Dzhezkazgan in Kazakhstan, some 450 kilometers (280 miles) from the Baikonur launchpad.

Search and rescue teams were deployed and reached the landing site roughly an hour after the vessel commenced emergency maneuvers.

Both Hague and Ovchinin were recovered and debriefed by Thursday afternoon, according to the Russian space agency Roscosmos.

A Roscosmos source told the Interfax news agency that the two men were "feeling fine."

"They were examined by the medics and they have no health issues," the source said. "They are drinking tea and cracking jokes."

The agency subsequently tweeted a video of both the main and the replacement crew boarding a flight back to Russia-leased Baikonur cosmodrome.

Despite the rocket failure, Russia still plans to go ahead with its next manned flight to the ISS, the state-funded TASS news agency cited a Russian space agency official as saying on Friday.

Sergei Krikalev said the plans for December could change depending on the results of a commission set up to investigate the
incident, according to TASS.

Read more: Labor rights in space: Astronaut on a break

Stuck on the ISS?

The Russian-made spacecraft was expected to dock at the ISS within six hours after blastoff from Baikonaur on Thursday, but the crew was forced to abort the mission only two minutes into the flight. After the crash landing, Russian authorities ordered an investigation into the malfunction that triggered the booster failure.

Soyuz capsules are currently the only vehicle capable of transporting humans to the ISS and back to Earth. A Soyuz spacecraft, docked at the space station, is set to bring down three of the crew in December: German Alexander Gerst, American Serena Aunon-Chancellor, and Russian Sergey Prokopiev. 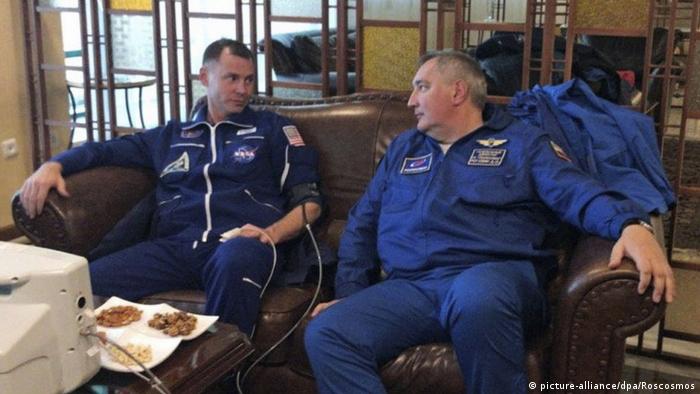 Following the failed launch on Thursday, the European Space Agency said it was making contingency plans in case that that three are forced to stay on longer than expected. According to NASA, however, the batteries in the docked vehicle could lose power by January 2019, presenting a complication if the Soyuz program is not reactivated by then.

The station is regularly resupplied by Japanese and American unmanned vehicles.

The ISS team has already postponed two spacewalks scheduled for this month, including one set to be done by Hague.

US-Russia cooperation in space is one of the few remaining areas untouched by Washington's sanctions against Moscow, with the US relying on Russia's Soviet-era Soyuz rockets to ferry their astronauts to orbit.

The head of Russia's space agency has described "several attempts at drilling" a small hole on a Russian module on the ISS. Authorities are investigating whether the act was "deliberate interference in space." (06.09.2018)