5 things Alexander Gerst will have to do as International Space Station commander | Science | In-depth reporting on science and technology | DW | 03.10.2018

German astronaut Alexander Gerst returned to the ISS for his second mission in June 2018. On October 3, he took over as the first-ever ISS commander from Germany. But what exactly does a commander do? 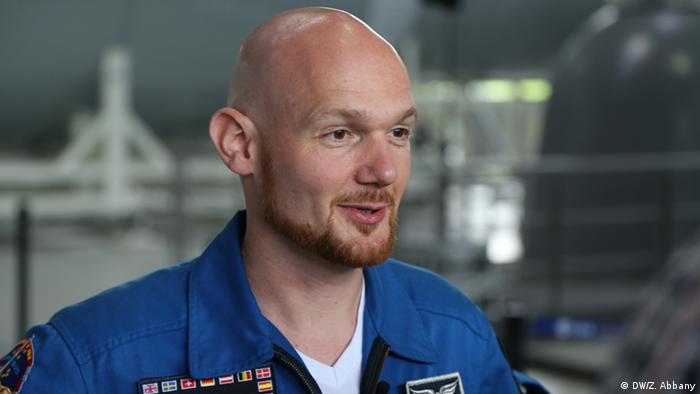 Granted, Alexander Gerst has been to space before. His first time was for the Blue Dot mission, when he spent six months between May and November 2014 at the International Space Station (ISS).

Gerst racked up 166 days in space. It's more than most of us could ever dream. But has returned to the ISS in June 2018 for a second mission, Horizons — and it's one with added responsibilities.

His training started in March 2016 — before it was even decided that Gerst would take command of the ISS and become the first German astronaut to do so.

German Chancellor Angela Merkel said it was significant to have "a man like Alexander Gerst" as our "ambassador" in space. 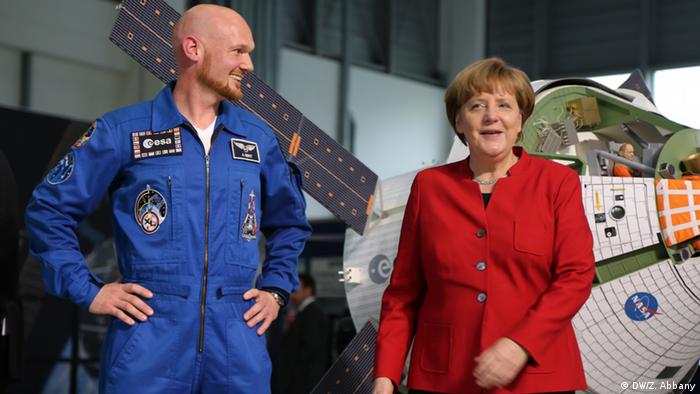 Gerst and Merkel at the European Astronaut Center in Cologne. They got on like old friends

But what exactly does a commander have to do?

It's the ISS commander's job to organize and lead the crew and mold a "single, integrated team."

While Gerst underwent his own training in Russia, he also had to guide his ISS crewmembers through their training and mission-preparation.

Similarly, when crew return, it will be Gerst's responsibility to ensure they complete the standard "postflight activities."

Keep the peace on orbit

The Code of Conduct for the International Space Station Crew states the ISS commander must "maintain a harmonious and cohesive relationship among the ISS crewmembers," taking into account "the international and multicultural nature of the crew and mission."

This line — and its specific wording — were chosen because it was felt there should be a "zero tolerance" stance on harassment onboard the ISS. When the code was being drawn up, it was argued there should be no reference to an ISS commander making "use of force." Instead, the commander has "the authority to use any reasonable and necessary means to fulfill his or her responsibilities" — so long as this is consistent with the authority of the flight director of course.

However, this left a grey zone. What if the safety of a mission and crew was jeopardized by the actions of a crewmember? Should the ISS commander use force as a means of restraint? Spending six months or a year in space, cut off from any real contact with life on Earth, can be incredibly stressful. An astronaut could flip out. So it was agreed that the Multilateral Coordination Board, which led discussions on the Code of Conduct, would record in its minutes, but not in the code itself: "In cases where necessary to ensure the immediate safety of the crew members of the ISS, reasonable and necessary means may include the use by the ISS commander of proportional physical force or restraint."

The ISS commander has to ensure the safety of the crew — its "health and well-being including rescue and return." The commander must also take necessary action for the "protection of the ISS elements, equipment, or payloads."

Commander Chris Hadfield was arguably the first to exploit the social networks during his five month stay at the ISS between 2012 and 2013. He was the first Canadian ISS commander and also the first person to record a music video in space, with a cover of David Bowie's "Space Oddity." It catapulted Hadfield into a whole new universe of fame. The video on YouTube has been watched tens of millions of times.

A year later, on Gerst's first ISS mission, he made the most of Twitter (@astro_alex), posting spectacular images of Earth often with candid commentary, such as one in which he lamented the view from space of explosions and rockets above the Gaza Strip and Israel.

And judging by his number of followers — 1.64 million — so have all those interested in daily updates from space. Gerst, who tweets in German and English, hovers at around 1.2 followers.

During his 2014 mission Gerst was keen to share more than his images of Earth. He also shared insights into his scientific work on social media and conducted Q&A sessions via live videocasts with children in German schools. Since he's been back, Gerst says it's as though he never left — he's been prolific again on social media and in science.

The question is whether his new role as commander will allow him all the time he needs for playing in the lab.

Alexander Gerst is headed back to space - and will become the first German to take command of the International Space Station. The news was made public during Chancellor Merkel's visit to the German Aerospace Center. (18.05.2016)

The Code of Conduct for International Space Station Crews

ESA on the Code of Conduct for International Space Station Crews

The Axiom-1 crew underwent rigorous astronaut training with both NASA and SpaceX to prepare for eight days of science and biomedical research aboard the International Space Station.