Climate is high on the agenda in the USA at yet another round of climate conferences, one of many held around the world. While some say the discussions are necessary, others say the time for action, not talk, has come. 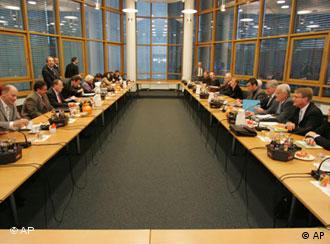 Environment experts are gearing up for more climate negotiations

Representatives from around the world are gathering in the United States for a week's worth of climate talks. On Tuesday, UN Secretary-General Ban Ki-moon is staging his own climate summit, ahead of two-days of G-20 talks in Pittsburgh, Pennsylvania, beginning Thursday.

The most recent in a long series of formal meetings and informal pow-wows, the meetings provide international leaders with further opportunities to share their views on how to counter climate change in the run-up to the key UN climate conference in Copenhagen in December.

"There are more and more climate conferences that are getting more and more complex and including more and more issues," said Miranda Schreurs, a professor at Berlin's Free University and a member of the German Environmental Advisory Board. "It can sometimes be overwhelming both for the public and the negotiators, who are working long days and traveling from one conference to another."

The sheer number of places to meet can even be overwhelming. What's come to be called "Climate Week" kicked off in Washington last Thursday, continues at the UN in New York and concludes when G-20 leaders meet in Pittsburgh for two days of talks beginning Thursday. The UN's Climate Secretariat, the UNFCCC, will hold further talks in Bangkok and Barcelona ahead of the Copenhagen event. 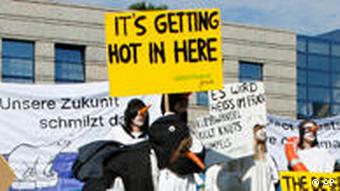 The abundance of places to present a position has not yet led to a clear improvement in countries' ability to reach an agreement, according to some environmental groups.

"This is a unique opportunity to show political will and face up to global warming," said Kim Carstensen, head of the WWF's global climate initiative. "Without new, powerful political impetus at the meetings in September, the climate negotiations could be doomed."

The United Nations' goal is to have environment ministers gather in Copenhagen in December and agree to a new round of greenhouse gas emissions cuts that would be introduced when the Kyoto Protocol expires in 2012. However, the prospect of an agreement to cut emissions by up to 40 percent by 2020, as scientists have called for, appears very distant.

"The ongoing negotiations have been stuck in a dead end for months because industrialized nations refuse to make a fair contribution to protecting the global climate," Jan Kowalzig, a climate expert at Oxfam Germany, said in a statement. 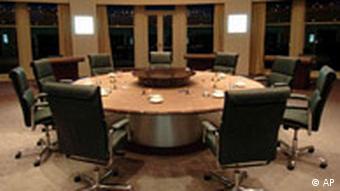 Ultimately, heads of government need to come to the table

UN Secretary-General Ban Ki-moon has also warned that climate change will have severe effects on the entire planet if world leaders can't reach a compromise.

"Our foot is stuck on the accelerator and we are heading towards an abyss," he said at another conference earlier this month the Geneva. "Climate change could spell widespread disaster."

While such warnings are part of political negotiating tactics, the environment may not benefit from nations leaving the table and implementing their own plans, in the view of Berlin professor Schreurs.

"Despite the Kyoto Protocol and despite the efforts of individual countries, carbon dioxide emissions have increased 30 percent since 1990," she said. "We need leading countries to pressure others into acting."

While important for establishing global norms, exchanging information and giving voice to everyone affected by global warming, massive conferences with dozens of participating nations are not always the best places to reach a deal, Schreurs added.

Some argue that smaller roundtables, such as "Big 17" talks held last week in Washington among the 17 largest economies, which are also the largest greenhouse gas emitters, often involve less bureaucracy and can lead to faster solutions. Whatever the official set-up, informal conversations could be more apt to bring about progress.

As German environment expert Schreurs pointed out, "compromise can sometimes be reached over a beer after a day of negotiations or when people bump into each other at airports on their various trips." 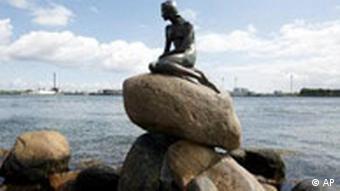 Negotiators will have to continue meeting after the Copenhagen talks

Whether it's reached as the culmination of frequent trips to the hotel bar or through delicate, time-consuming negotiations at large and small conferences, Schreurs said she's confident an agreement - which could include emissions targets for 2050 - will be made in time for a signing ceremony in Copenhagen.

But she added that no one involved in climate negotiations should plan to relax anytime soon.

"It's in the coming year, not at Copenhagen, where the specifics will be worked out," she said.

As world leaders meet at the UN to discuss climate change, Bjorn Lomborg tells DW he expects little to come from the talks. He tells politicians there are better ways to spend billions than on fighting climate change. (22.09.2009)

UN Secretary General Ban Ki-moon is hoping to silence his critics by pulling off a successful and potentially fateful one-day summit on climate change on Tuesday. (21.09.2009)

EU seeks united stance on financial regulation ahead of Pittsburgh

EU leaders have been trying to frame a common position on financial reform ahead of this week's G-20 talks in Pittsburgh. The bloc wants to curb bankers' bonuses and pull plug on state aid once the economy stabilizes. (21.09.2009)