As world leaders meet at the UN to discuss climate change, Bjorn Lomborg tells DW he expects little to come from the talks. He tells politicians there are better ways to spend billions than on fighting climate change. 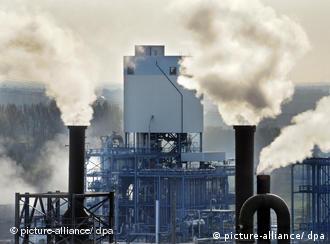 The author of "The Skeptical Environmentalist," Bjorn Lomborg, has had public disagreements with climate activists including Al Gore and Sir Nicholas Stern. Lomborg's harshest criticism, however, is aimed at the international community for spending billions on what he says are ineffective measures intended to fight climate change.

He talked to Deutsche Welle about ongoing climate negotiations and how economists at the Copenhagen Consensus Center, a think tank he heads, suggest spending aid and development money.

Deutsche Welle: What do you think will emerge from the climate talks taking place at the United Nations on Tuesday?

Bjorn Lomborg: First of all, I think it's important to recognize that probably nothing will come out of this, simply because they are so far away from the different nations on what they want to achieve. 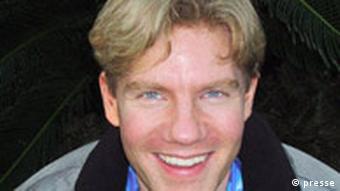 It's always good to talk about the problem, and I think it's good to reaffirm to everybody that we need a deal in Copenhagen by the end of this year. The problem is the focus on cutting carbon emissions is actually one that both makes it very hard for everyone to agree because the Chinese and the Indians don't want to cut and while the Europeans and the Americans claim they want to cut, they actually also know that it's going to cost them a lot, and it's going to have very little benefit even in the far-off future. That's why they are all playing for the gallery but nobody is actually willing to really commit.

The Chinese leader has said he will present China's new plans for tackling global warming at the summit. Isn't that a positive signal?

It could be. But let's remember that the Chinese have been doing a lot of posturing on climate change and coming out and suggesting that we might even see China's emissions maxing out in 2050 or maybe even in 2040. But let's not base our hopes for a climate deal on things that will happen in 20 or 40 years.

If you had to give tips to the participants, what would you advise them to talk about?

We've run what we call the Copenhagen Consensus for Climate, where we ask top economists, including three Nobel laureates "Where do you do the most good for climate with the money you're going to be spending?" Could salt particulates help cool the Earth in the short-term?

What they told us was don't focus on cutting carbon emissions. It's very expensive and does very little good for the climate even 100 years from now. In the short and medium-term, we should recognize that nothing we do will change the temperature development except looking into geo-engineering, essentially making the planet cooler - for instance by spraying up salt particulates in the atmosphere, which will amplify natural processes, make more white clouds and hence make the world a little more reflective - especially over the South Pacific. That would be very cheap and could potentially avoid global warming for the next 100 years.

This is still a Band-Aid, so what you also need to do is more toward a situation where we can actually get people to not just talk about cutting carbon emissions but actually doing so, and we will only do that if cutting carbon emissions and green energy technologies become much, much cheaper. That's why their second solution was to focus on making much cheaper green energy technologies - cheaper solar panels, cheaper windmills - that will actually work.

Those two in conjunction is what I would like to see world leaders focus on a lot more, if we actually care about fixing climate change not just making beautiful speeches.

At the moment we also have to concentrate on adaptation to climate change. Its effects are already becoming very visible. Where would your priorities lie in that area?

I'm referring to top economists, rather than my own private opinions. What they found is we are very often being told that there is a huge amount of impacts from climate change right now, and it's certainly true that there are a lot of good pictures out there where you can show here's a catastrophe. 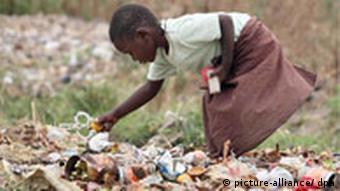 But what we fail to recognize is that the vast majority of the impact that we are seeing right now - climate impacts and other impacts - are impacts that have been there for hundreds of years. Most of this world's population is poor and they're ill-prepared to deal with any contingency that the world throws at them. What we need to focus on is not just adaption specifically for climate change, which is a small part of the problems most people live with right now, but simply making better lives for people that is focusing on getting them more food, getting them better healthcare and making sure their kids get educated.

The world's doctors have said failure to tackle climate change in Copenhagen could be catastrophic for health. Is it possible to separate climate change from issues like health, food security or a safe water supply?

We don't need to separate them in the sense that we probably all agree we should tackle some of the really big problems that are out there right now. I'm simply concerned that many people latch on to talking about global warming and that the most important this is spending money on adaptation to global warming.

But the main problem in Bangladesh or Myanmar is not future sea-level rises, it's the fact that the countries are so poor right now that they are already getting inundated. It's not about climate-proofing it in 100 years, it's about dealing with the vulnerability to climate right now, which has nothing to do with climate change but simply something to do with them being very poor.

It's more about an emphasis on focusing where you can actually deal with real problems right now rather than a possible problem in 100 years.

Climate is high on the agenda in the USA at yet another round of climate conferences, one of many held around the world. While some say the discussions are necessary, others say the time for action, not talk, has come. (22.09.2009)

UN Secretary General Ban Ki-moon is hoping to silence his critics by pulling off a successful and potentially fateful one-day summit on climate change on Tuesday. (21.09.2009)