My experience with Russia′s Sputnik V COVID-19 vaccine | Europe | News and current affairs from around the continent | DW | 30.01.2021

DW's Sergey Satanovskiy was one of many people who took part in a testing program for the Russian COVID-19 vaccine, Sputnik V. After receiving two shots, he visited his grandmother — and came in contact with coronavirus. 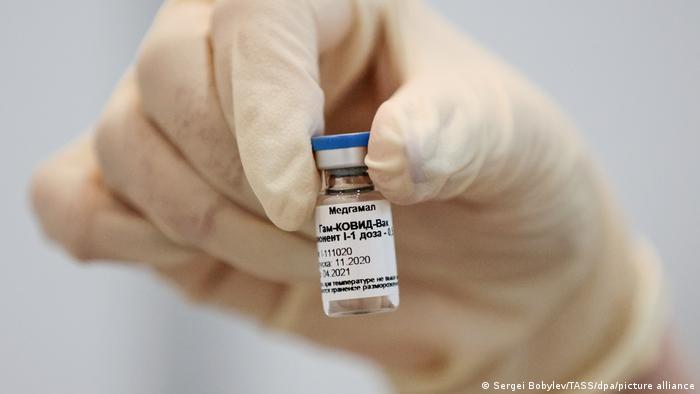 Russia's Sputnik V vaccine is already being rolled out

People in Russia are currently being inoculated against COVID-19, even though stage-three trials of the country's Sputnik V vaccine aren't due to be completed until May.

DW's Sergey Satanovskiy was among the volunteers who agreed to test the new vaccine and report back in December what it was like to get his first shot and three weeks later his second, the Sputnik V booster. He was then tested for antibodies following the two inoculations. This is his story:

I was actually feeling fine before my antibody test. I had been given the two vaccination doses and hadn't experienced side effects, so on New Year's Eve I decided to visit my 74-year-old grandmother, who happens lives just outside St. Petersburg. I didn't have any symptoms at the time but took a COVID PCR test anyway. The result was negative.

My grandmother moved out of the city and into the country a year ago and has stayed away from St. Petersburg since the outbreak of the virus. She heats her house by turning on her oven and travels once a week to the next town, with 17,000 inhabitants, to do her shopping. But even being 300 kilometers (190 miles) away from the big city didn't mean that she escaped the coronavirus.

She developed a cough on New Year's Day, which continued into the next day. We thought at first that she had caught a cold, because it was so cold outside.  We didn't think that she had the coronavirus. On January 3, I went back to St. Petersburg.

That same night my temperature climbed to 37.4 degrees Celsius and I developed a sore throat. My grandmother told me she had similar symptoms.

My symptoms were gone two days later. My grandmother, however, had a fever for three days running and felt pretty weak. She called a doctor and took a COVID PCR test. The results were positive.  Although she didn't have to go to the hospital, she did get pretty sick. She had a fever for three weeks, her blood pressure increased and she felt weak and lousy for quite a while.

I, too, took a COVID PCR test and the results were negative.

That's exactly what happened to me. I was exposed to a lot of the virus when I visited my grandmother but didn't really get sick because of the antibodies in my system. My grandmother had it much worse but is now feeling better, and I'm happy to report that her most recent COVID test was negative.

I was tested for antibodies a few days after returning from St. Petersburg and had the results the next day, which according to Dmitri Denisov, the medical director of the Helix Lab, were good results, especially when compared with others who were vaccinated or had COVID-19. 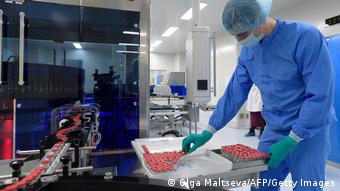 Sputnik V was already being administered in Russia in mid-December

What seems to be certain is that my antibodies are due to my Sputnik V vaccine.  If I had been ill with the virus, I wouldn't have been able to build up so many antibodies, so quickly in the short time leading up to the antibody test.

According to Denisov, everyone has a different immune response after getting the vaccine. "It depends on numerous factors," he said. "Previous illnesses, recent infections and the kinds of diets people have, not to mention the individual way in which people respond generally."

No one can say for sure whether having the same level of antibodies as I had could offer failproof protection from getting COVID-19. According to Denisov, the jury is still out on the matter, since worldwide vaccinations are just beginning and clinical trials are winding down.