Muslims say Germany should provide Bundeswehr with imams | Germany | News and in-depth reporting from Berlin and beyond | DW | 05.02.2019

The Bundeswehr provides Catholic and Protestant clergy for soldiers, but no spiritual counsel for Muslims. According to the government, key questions must be answered before the Bundeswehr's religious ranks are expanded. 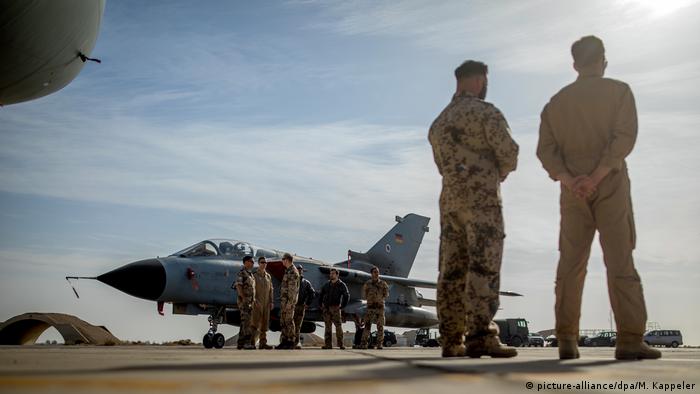 Nariman Reinke, a naval petty officer, is one of about 1,500 Muslim soldiers who serve in the Bundeswehr.

Born to Moroccarn parents in 1979, Reinke has been in the military since 2005 and has twice deployed to Afghanistan. But being a Muslim woman in the German military is not always easy, she told DW.

Reinke is deputy chair of Deutscher.Soldat (German.Soldier), which works to integrate people of color and members of recent immigrant groups or religious minorities into the military.

The Bundeswehr provides priests for Catholic and Protestant soldiers, but no spiritual counsel for Muslims. Reinke said she had attempted to bring this disparity up more than once, even taking the matter up with Defense Minister Ursula von der Leyen, but there has been no progress over several years. It is frustrating for her and her Muslim colleagues that, so far, nobody has responded to her demands, she said.

"I always bear in mind that I could die on my missions," Reinke said. Just in case, she arranged for herself to be buried according to Islamic customs, rather than be placed in uniform into a coffin as many soldiers are. "During my missions in Afghanistan, I arranged for my body to be washed and wrapped in a shroud — I always carried my shroud with me in a bag."

Germany's Basic Law requires that all religions are officially treated equally and guarantees people the freedom to practice their faith without hindrance. Muslims, however, are the second-largest religious community in the Bundeswehr — and there have been no imams appointed as spiritual counsel in the military, which contradicts the Basic Law. 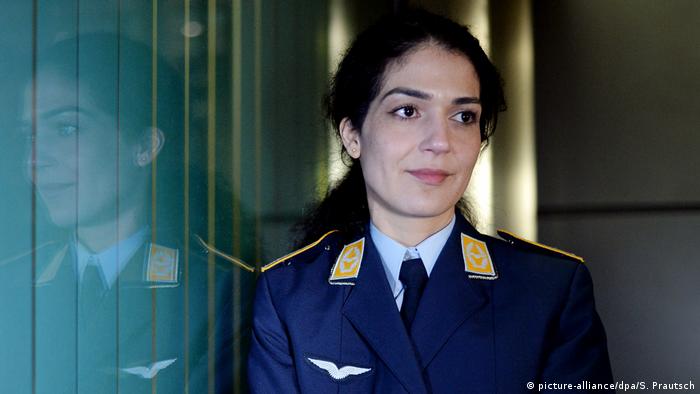 Reinke is one of 1,500 Muslims without religious representation in the Bundeswehr

According to the Defense Ministry, negotiations with the German Islam Conference (DIK) are ongoing. Representatives from the DIK, however, say the government is only reluctantly engaging on the issue.

Burhan Kesici, the head of the national Islam council, an umbrella group of Muslim organizations, said the Bundeswehr contacted the DIK and requested a list of people who could join an advisory group on imams in Germany's military, but then never followed up on the request. "It seems as if they do not want to make progress on this issue," Kesici said.

The government has repeatedly stressed its formal support for a multicultural Bundeswehr. But opposition parties criticize the government's lack of progress concerning the employment of imams for Muslim soldiers.

"It is time to accept and appreciate the diversity of beliefs," said Tobias Lindner, the Greens' security policy spokesman in the Bundestag. "Soldiers must receive religious support, no matter what faith they belong to," he added. "What von der Leyen has been examining these past seven years is a mystery," he said.

The Social Democrats (SPD) have expressed their support for hiring imams, but the party's defense spokesman, Fritz Felgentreu, conceded that some issues have simply not been settled — including who would employ the imams and who would pay their salaries. "The most important question is where the Bundeswehr will find imams whom the soldiers trust and whom they accept," said Felgentreu.

The state employs Christian clergy through its formal arrangement with the official Catholic and Protestant churches. "For reasons of theology and tradition, the Muslims in Germany are organized quite differently from the churches," Felgentreu said, adding that there are many different Islamic groups in Germany, rather than a single point of contact within a church closely linked to the state. That is why the government can't simply copy the model used with the Christian churches, Felgentreu said. 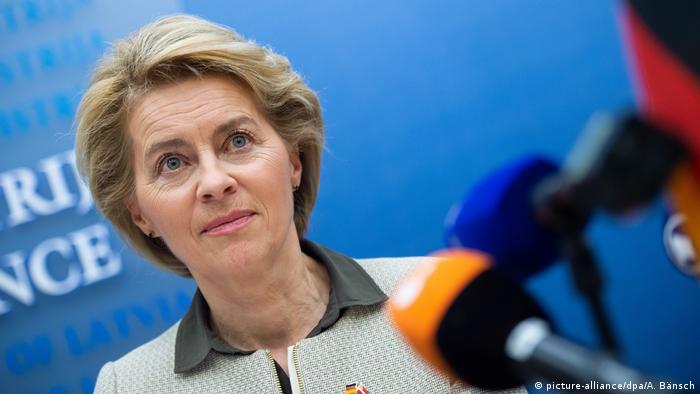 Until a few years ago, German authorities had regarded the Turkish-Islamic Union for Religious Affairs (DITIB) as an important partner for engaging with Muslim groups. However, relations between the German and Turkish governments have soured recently, and there is a growing suspicion that President Recep Tayyip Erdogan is using DITIB to interfere in politics abroad. As a result, the German government has paused its cooperation with DITIB. Chancellor Angela Merkel and Interior Minister Horst Seehofer say imams should be trained in Germany.

Reinke, the naval officer, said political conflicts between the governments of Germany and Turkey should not prevent Bundeswehr troops from receiving access to religious counsel. Many Islamic theologians have been trained at German universities in recent years, she said.

For example, Reinke said, the imams educated at Osnabrück University have no ties to foreign governments. "Without any qualms, they could be trained and employed accordingly," she said.

At 1830 UTC, DW's editors send out a selection of hard news and features. Sign up to receive it here.