A German soldier wanted to grow his hair out, but the army would not let him. He lost his court case, but judges have advised the army to reconsider their rules. 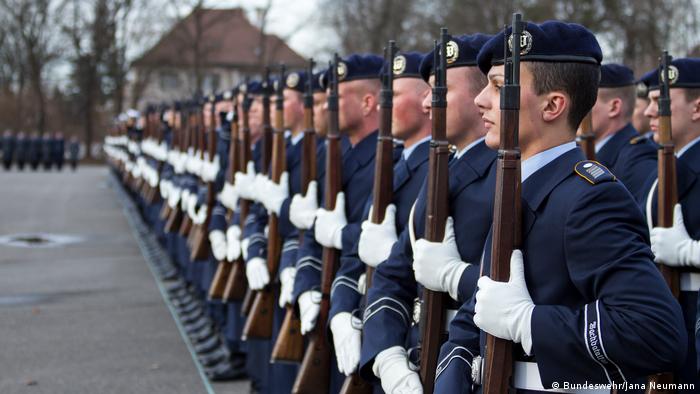 German male soldiers are obliged to wear their hair short

A German soldier lost a court case on Thursday over army regulations on hair length.

The soldier, a member of Germany's Gothic scene who wants to wear his hair long, considered the armed services law discriminatory because it allows women to wear long hair, but not men.

Men in previous ages wore their hair long, argued the 51-year-old who works in the defense ministry in Bonn. He said ancient, long-haired warriors were thought to have a particular masculinity, so he did not understand why only women were currently allowed to wear their hair long.

While a military service senate of the Federal Administrative Court (Bundesverwaltungsgericht) in Leipzig ruled against him on Thursday, it did say the service provision governing the appearance of soldiers lacked an adequate legal basis.

However, the current regulations on hair length for men should be retained until new regulations are adopted, the court ruled. 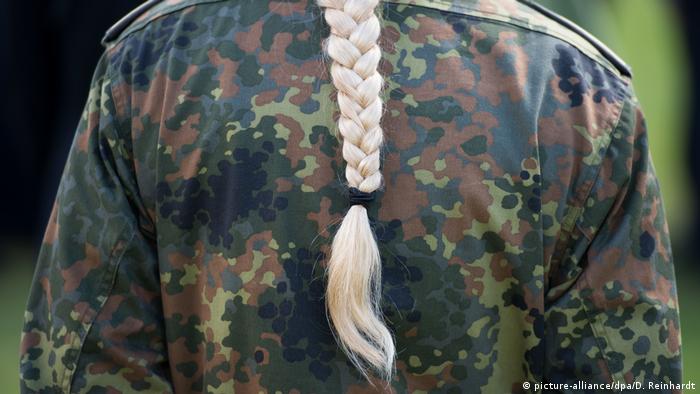 Women may wear their hair long in the German armed forces

The Bundeswehr decrees that soldiers' hair should not cover their ears or eyes. When the soldier stands to attention, his hair should not touch either his uniform or shirt collar. Female soldiers can tie or braid their hair to conform to the rules.

The court also ruled that equal rights' requirements did not preclude providing different rules for servicemen and women in terms of service attire and hairstyle. However, they did require an adequate basis in law.

Under Germany's Basic Law, a soldier is protected from "having to accept restrictions through official instructions on his personal appearance without a legal basis, when they also affect his appearance outside the service."

A task for lawmakers

It is up to legislators to find a new legal framework and, if necessary, decide if the different regulations for men's and women's hairstyles should continue, the court ruled.

Five years ago, the same court decided that the defense ministry could regulate the style of soldiers' hair and beards. Permission for women to wear their hair longer was "admissible for the encouragement of women in the Bundeswehr."

"Fashionable hairstyles are allowed, provided they are not particularly conspicuous in cut or shape, such as mohawk, ornamental or sidecuts," the rules state. Soldiers are representatives of the state and their appearance while in uniform should correctly reflect the image of the Bundeswehr and Germany abroad.

It is now up to lawmakers to decide on the future of hair length for serving men and women.

Ursula von der Leyen has kicked off a tour of Asia in Ulaanbaatar, where she didn't look her gift horse in the mouth but did whisper into its ear. She will also head to China, Australia and Bahrain for security talks. (20.10.2018)