Muslim radicalization in Britain: Countering the extremists′ rationale | Asia | An in-depth look at news from across the continent | DW | 30.04.2018

In an interview with DW, London-based scholar Farid Panjwani talks about the reasons behind the growing radicalization of South Asian Muslim youths in the UK, and what needs to be done to counter extremist threat. 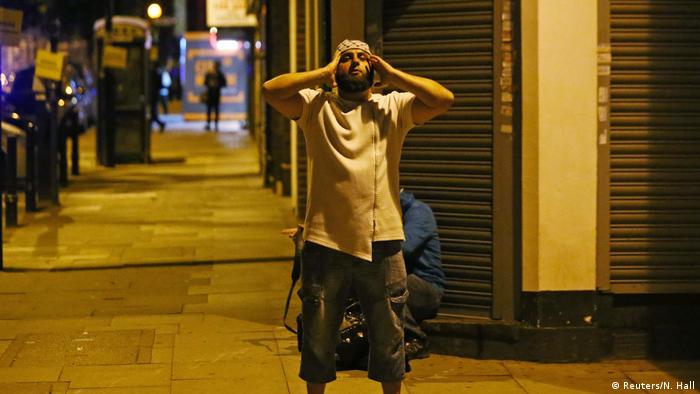 Farid Panjwani: It is difficult to quantify the extent of Muslim youth radicalization in Britain. Also, we have to be clear about the definition of radicalization. Are we talking about people who are joining extremist organizations or those who just have extremist views? But I agree that there is definitely a general sense that things are not going well here.

There is no single factor that is driving the youth toward extremism. The issues of identity, alienation, peer pressure, search for a cause, frustration with modernity and acceptance of certain mythological aspects of the Muslim history are all contributing factors.

Britain has a large immigrant community from South Asia, particularly from Bangladesh, India and Pakistan. These people have been living in the country for decades, then why do some South Asians harbor resentment against Western culture? 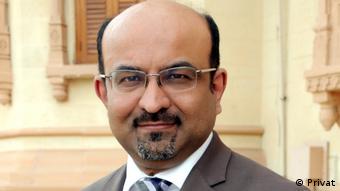 Panjwani: 'There is no single factor driving the youth toward extremism'

Often, the resentment is not against Western culture but against specific elements within it. There is also a growing resentment against the Western establishment and its policies, particularly foreign policies.

The reasons for this anger range from a personal sense of exclusion and a failure to come out with a systematic critique of colonial and post-colonial histories. But the resentment against the West, particularly against the US, is not restricted to Muslims; it is widely shared in many parts of the world, from Latin America to Africa, and even in Europe. Charles Taylor, a Canadian philosopher, writes about the malaise of modernity — about a feeling that something is not right at the core even though we seem to be making material progress. I think this feeling becomes more intense when combined with ideologies such as political Islam.

Is social exclusion a reason behind the radicalization of some South Asian youths?

If you look at the profiles of people who are involved in extremist activities, social exclusion doesn't come across as a ubiquitous reason behind radicalization. Some of those who were involved in July 7, 2005 terrorist attacks in Britain, for example, were very well adjusted in the country. On the other hand, there are extremists who had a difficult childhood, who commit petty crimes and end up in jail, where they get radicalized. So there are many reasons behind people's attraction to Islamist narratives.

But social exclusion is definitely an issue that needs to be looked into. Many young Muslims are legal citizens of Britain yet they don't share a cultural bond with society. They feel the society has failed them and that they can't live up to their potential. These people are looking for some cause in life. Extremist groups and their recruiters are always looking for such people. But such feelings are widespread and can be found in white working class people also. This shows that we need to look into economic policies and political attitudes that have led to the erosion of social and welfare structures in society.

What role can community leaders play in making sure that Muslim youths stay away from radical elements?

We must not start with the community. When you emphasize too much on community, it creates stigmatization and can make the matters worse. We need to see extremism, or extremisms, as a bigger problem. There are all kinds of extremisms in the world — a rising Hindu extremism in India, Buddhist extremism in Myanmar and elsewhere, white supremacism which promotes extremist ethno-nationalist ideologies. I see extremism as an outcome of the coming together of ideologies and socio-political conditions that make these ideologies attractive. Communities can definitely make sure how their religion is taught and can assist the state in confronting radicalism.

It is primarily the responsibility of the state to tackle the issue of extremism among its citizens. The state must see extremists as individuals, as citizens, rather than representatives of a certain community. It needs to create capacities among its population to critique ideologies. It also needs to look at the economic and political conditions that make these ideologies attractive to individuals.

It's often said that the West's foreign policies are responsible for the rise in Islamic extremism around the world. Do you agree with this viewpoint?

Many people in capitalist societies feel they are not being heard, that democracy is not working, that corporations have too much power. They feel excluded. It is happening all over the world. In some cases people rally behind a strongman or extremist political parties or vote in favor of things like Brexit. Therefore, we have to look at the discontent among people and reflect on the democratic and citizenship models to find ways for people to have a bigger stake in society.

It would not help if we insist on seeing Muslim extremists, or other extremist people, as crazy or mad who exist outside civilization. They have their own rationality, their own reasons for acting in a certain way. We can disagree with their reasons and condemn their acts but we must seek to understand and address what is motivating them. I have seen extremist material which weaves political narratives around conflicts in Palestine, Iraq and Kashmir with religious injunctions. It's a narrative that attempts to make young Muslims believe that they have a moral responsibility to come to the aid of their fellow members of the "ummah" (the perceived single Muslim community). To challenge this narrative, we need to take steps to resolve some longstanding political problems, reconsider certain economic policies, and come up with counter-narratives.

Farid Panjwani is director of the Center for Research and Evaluation in Muslim Education (CREME) at the University College London.

The interview was conducted by Shamil Shams in London.