Murky allegiances for jihadists in Syria | Middle East| News and analysis of events in the Arab world | DW | 12.04.2013

In Syria, the Islamist terror organizations of al Qaeda and the Nusra Front have come to a working agreement. For the new partners, Damascus could be just a stopover on the way to a completely different goal. 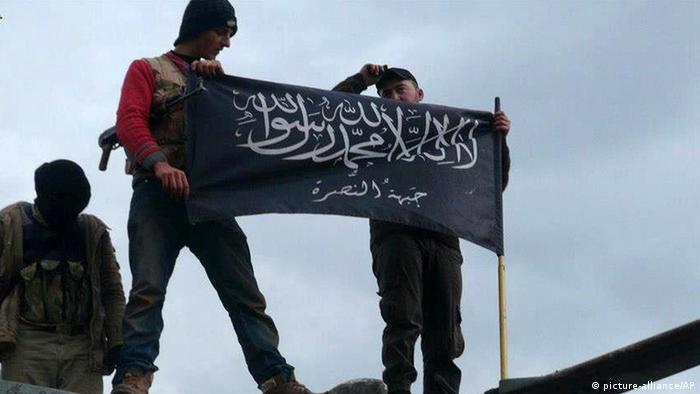 Cooperation yes, but not joining together: that was the agreement between al Qaeda and Jabhat al-Nusra, or the Nusra Front, in Syria. On Tuesday (09.04.2013) Abu Bakr al-Bagdadi, the leader of al Qaeda in Iraq, declared that the Nusra Front was "a branch of the Islamic State of Iraq." 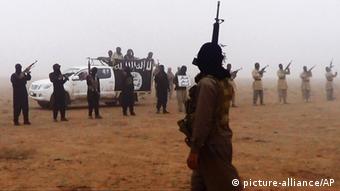 The leader of the Nusra Front, Abu Mohammed al-Golani, only conditionally agreed to that statement a day later. Yes, Golani's response went, we'll take instruction from al Qaeda, but there will be no fusion of the two groups. The banner of Nusra would continue to fly over Syria without an al Qaeda insignia.

No matter how the terrorist groups in Syria decide to carry out their cooperation, their clout is already considerable. There aren't any official numbers, but Syrian terror expert Yassim Mohamad estimated in an interview with DW that there are around 10,000 Islamist fighters in Syria. He says around 7,000 are fighters with the Nusra Front.

According to Mohamad, most of these fighters came from abroad after the Syrian revolution got underway. But according to a study of the US Institute for the Study of War, some of the jihadists are also from within Syria itself. In most cases they emerged from the terror networks that the Syrian regime had built up over the past three decades.

Some of these groups went over to the Syrian opposition forces in 2012, where they helped build up a logistics network. The Syrian intelligence service also used its strategic and military experience. But for the most part, the Syrian members of the terror organizations recruited fighters from other countries.

"These networks enabled the radical groups to penetrate the Syrian opposition and use it as a platform for their own ideological purposes," the study read.

Yassim Mohamad says the foreign jihadists have their own goals when it comes to the fight.

"They didn't come to Syria to fight Bashar al-Assad," he said. "They come to create an Islamic state in Syria."

This means that if al-Assad were to fall, they wouldn't leave Syria either.

"They are interested in presenting themselves as the avantgarde of the Islamic Jihad against Israel."

The German foreign ministry sees the situation similarly. In an interview Wednesday with the newspaper, Frankfurt Allgemeine Zeitung, Foreign Minister Guido Westerwelle discussed the difficulties facing German foreign policy through the presence of the jihadists. 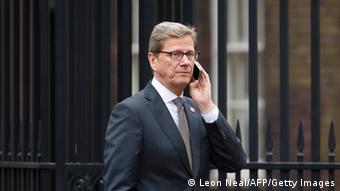 "On the one side, we want to support the moderate forces of the opposition," Westerwelle said. "On the other side, we want to avoid a wildfire that could have huge effects on Iraq, Jordan, Lebanon, Turkey and even Israel. I fear that some Islamists consider Damascus just a stopover on the way to Jerusalem."

This makes the Syrian opposition's request for support via weapons deliveries problematic, says Roderich Kiesewetter, a CDU member of the foreign affairs committee of the German parliament. He observes that in Afghanistan and other wars that dealt with religious questions, weapons could be turned very quickly against non-Muslim forces and also against Western forces.

"That's why, if you deliver weapons, you better carefully consider to whom," Kiesewetter told DW.

Yassim Mohamad agrees. He says if the West wanted to contribute to the fall of the Assad regime, the West has its own troops to do so. Arming the opposition would be a mistake. According to Mohamad's sources, the jihadists are already hoarding weapons to be used against another enemy once Assad has fallen.

"It could be against the Syrian army, against NATO, or America," he said. 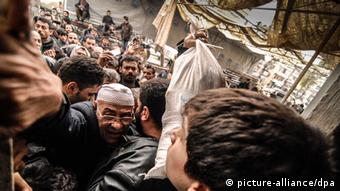 Syria's civilians are caught between the fronts

Holding back on weapons deliveries comes with a price, however. The Syrian people get the impression that the jihadists are the only ones standing by them. That could lead to Syria's citizens identifying with their extremists ideologies.

This difficult position can only lead to one thing, according to Roderich Kiesewetter: al Assad's departure from power. Kiesewetter is convinced that will happen this year.

But that still doesn't solve the problem.

"Then the resentment of the opposition will turn to the minorities that have so far been supportive of al Assad, such as Christians and Druse," Kiesewetter speculates. "I think we need to be ready for that day."

What began as protests to topple Syria's regime in March 2011 has developed into a civil war. The UN says some 70,000 people have been killed. Read DW's multimedia coverage and analysis of the conflict in Syria. (11.04.2013)

When the first US tanks entered Baghdad, architect Ghaith Abdul-Ahad grabbed his camera and took to the streets to document the fighting. Ten years later, he's one of the world's most prestigious war photographers. (09.04.2013)