When the first US tanks entered Baghdad, architect Ghaith Abdul-Ahad grabbed his camera and took to the streets to document the fighting. Ten years later, he's one of the world's most prestigious war photographers. 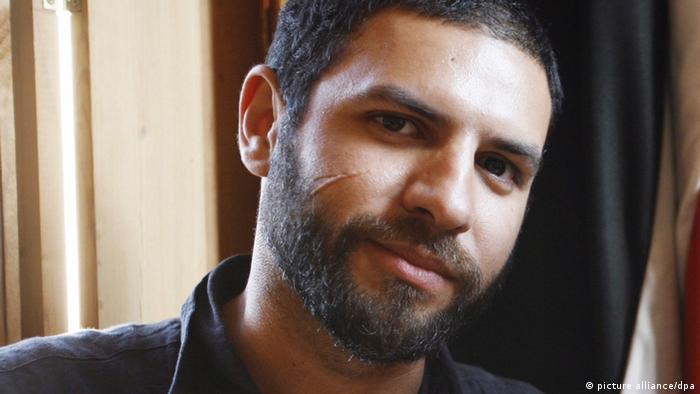 As the world watched the toppling of Baghdad by US troops live on television, 28-year-old architect Ghaith Abdul-Ahad took a decision that would change the course of his life: He grabbed his camera and stepped outside.

"Imagine you live in a city for 30 years and then you wake up one morning and the city is occupied, the city is being bombed, the city unravels itself, you see normal people walking in the streets looting, burning. You try to understand these things, and you try to document it," the Baghdad native told DW. "In the beginning, I didn't even think: All I wanted to do was take pictures. I wanted to record this moment in history."

It took Abdul-Ahad six months to develop those pictures he shot with what he now calls his "toy camera." He describes them as being basic, naive, very simplistic, but highly representative of what was going on.

Within a year, Abdul-Ahad had ditched his architectural sketches and embraced photojournalism, traveling with insurgents to other parts of the country, filing pictures and articles for the Guardian newspaper in the UK.

He was injured in the conflict. There's long scar down his right cheek. He doesn't want to talk about it, dismisses it with the argument that everyone has wounds. He holds a misbaha - Muslim prayer beads - at all times. It's not that he's religious; it keeps his hands busy.

Since Iraq, Abdul-Ahad has been covering conflict areas, including Afghanistan, Somalia and most recently Syria.

He's been abducted several times, twice in Afghanistan by Taliban. He's blasé about it.

"It's always the same thing - be it in Libya, be it in Iraq, be it in other places," he says. "At the end of the day Taliban are village people. They respect you, sort of. You know, you're an Arab, so there's a common cultural thing between you and them. No, the Taliban were not scary." 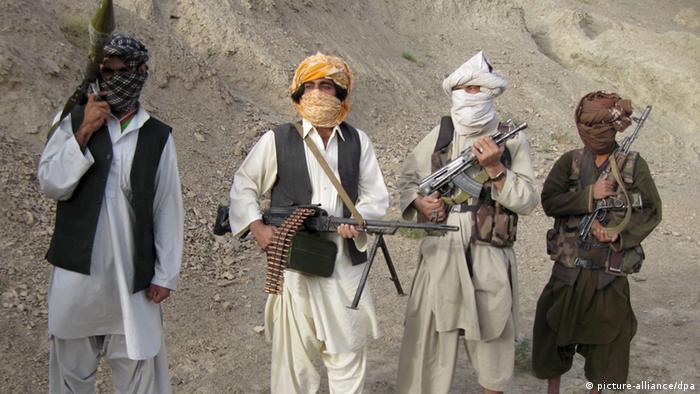 It was in Libya that he experienced one of the scariest moments of his life. Scarier even than the six years he spent in hiding in Baghdad for deserting the army - an act of treason punished with the cutting off of an ear.

He was abducted in the middle of the night by four men, loyalists to former leader Moammar Gadhafi. They blindfolded him and put him in a car.

"I thought 'It's game over,'" he says. "The secret services are people with no soul, no religion, no color, no anything. It's just like an oppressive machine of torture."

Abdul-Ahad was locked up for two weeks in a confined room that stank of sewage in a Tripoli prison. He was never tortured or beaten, while the other inmates weren't so lucky. Their screams and cries echoed night and day through the corridors.

Still, he says that during his captivity, he did not once consider changing his line of work. He finds it hard to explain.

Abdul-Ahad was freed after intense negotiations by his editor at the Guardian.

But the story didn't let him go. He eventually went back to Libya to meet his prison guard. He was curious to get to know the man who had been in charge of while he was in custody.

"As I suspected, he's a normal human being, he has daughters, he loves his life, he drinks tea and has lunch every day and thinks of himself as someone serving the government."

It's been 10 years since the US-led invasion of Iraq toppled Saddam Hussein's regime and since Abdul-Ahad's toy-camera shot the first moments of the end of an era. The decade has changed Baghdad dramatically. Beyond the checkpoints and sectarian walls, there are wounds that are still wide open, Abdul-Ahad says. 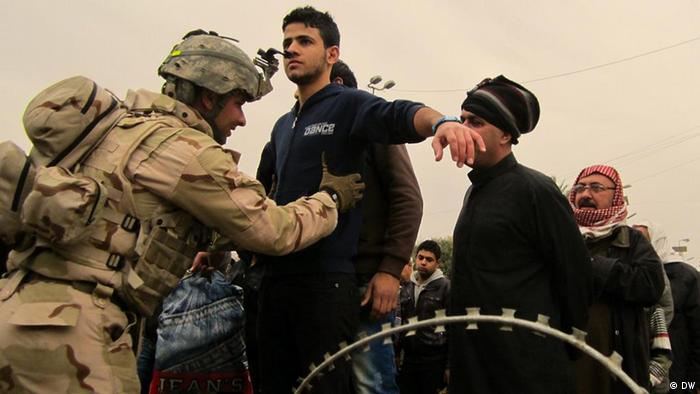 Checkpoints are part of everyday life in Baghdad

"Something was lost in the city," he says. "Once you start killing your neighbor, once you start shelling mortars at the people across the street, something is lost. Something will never come back again. There's a sin committed in the city. They've probably forgotten the civil war. They're probably trying to move on. They say the security situation is better. But they've committed crimes - the two communities. As long as these crimes are not addressed, this sin will be there."

Abdul-Ahad no longer lives in Baghdad. He's made Istanbul his home. But he does return to his native country often.

He hasn't entirely turned his back on architecture either. He admits to sketching buildings in his notebooks all the time - and he uses his knowledge of architecture to frame his pictures just right.