The human and animal mummies of different genders and ages were found in Minya, south of Cairo. Several other objects discovered inside the tomb have helped researchers narrow down the burial date. 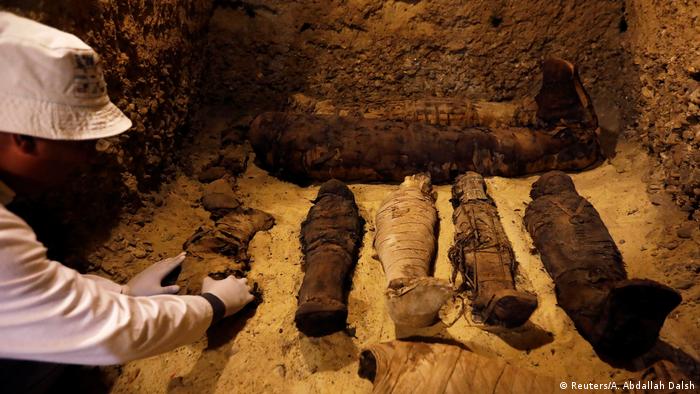 Egyptian archaeologists uncovered a tomb containing 40 mummies dating back to the Ptolemaic era from 323 BC to 30 BC, the Ministry of Antiquities said on Saturday.

The embalmed remains were discovered inside four nine-meter-deep burial chambers at the Tuna Al-Gabel archaeological site in Minya, 260 kilometers (160 miles) south of Cairo.

"All are in a good conservation condition, and some are wrapped in linen, or decorated with Demotic handwriting [an ancient Egyptian script]," a ministry statement said. Others were placed in clay coffins or wooden sarcophagi. 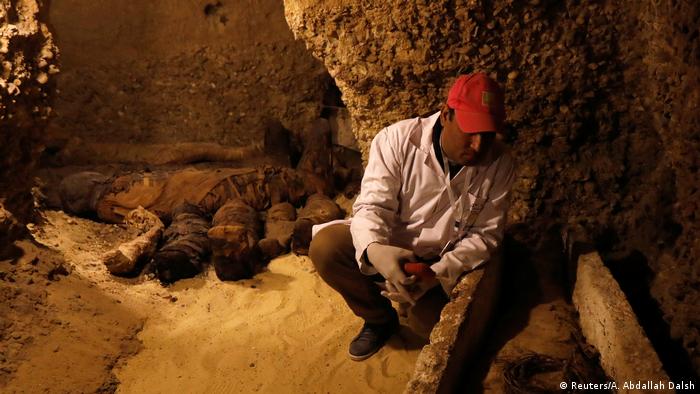 Mostafa Waziri, the ministry's secretary-general, said the identities of the mummies were unclear.

"We have not found names written in hieroglyphics," he said, adding that the mummification method indicated that those discovered had held relatively important or prestigious positions.

Waziri said shards of pottery and pieces of ancient writing paper found at the site helped researchers to determine its date.

The Minya graves, discovered during an excavation that started in February last year, are in a communal tomb "probably belonging to a petty bourgeois family," the ministry added.

The discovery was the first of 2019 and was unearthed through a joint mission with the Research Center for Archaeological Studies of Minya University.

Egypt has in recent months announced a series of ancient discoveries, in the hope of reviving its battered tourism industry, a primary source of national income. 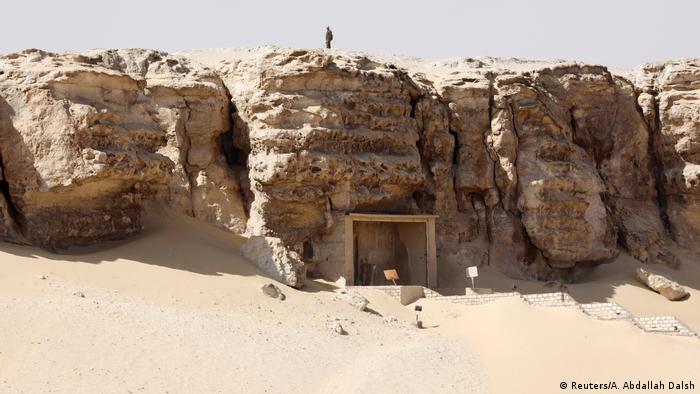 Egypt's latest discovery was made at the Tuna Al-Gabel archaeological site in Minya, south of Cairo

The industry has been hit hard over the past decade by the ongoing instability that followed the 2011 uprising against longtime dictator Hosni Mubarak, and by an Islamist insurgency that has left almost 800 people dead.

While mummification is mostly associated with ancient Egypt, the practice continued under the kingdom founded by Ptolemy, a successor to Alexander the Great.

Ancient Greek rulers reached the height of their power between the conquests of Alexander the Great and the rise of the Roman Empire.

Italian researchers have found no hidden chamber behind the tomb of ancient Egypt's King Tutankhamun. This means the final resting place of Queen Nefertiti will continue to be a mystery. (07.05.2018)

Archaeologists in Egypt have made one sensational discovery after another in recent months. They just opened a 3,500-year-old sarcophagus — and cameras were there to capture what they found inside. (28.11.2018)