Italian researchers have found no hidden chamber behind the tomb of ancient Egypt's King Tutankhamun. This means the final resting place of Queen Nefertiti will continue to be a mystery. 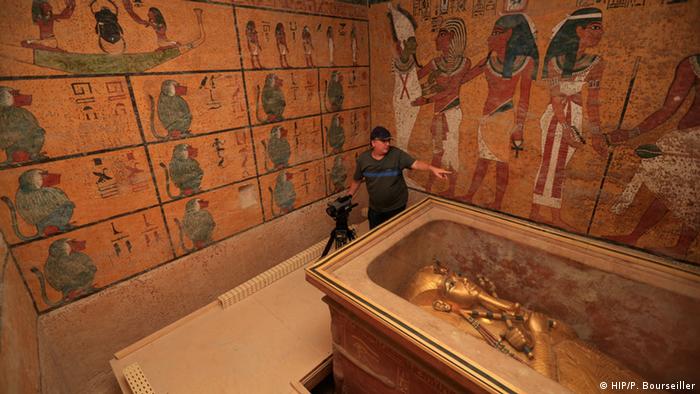 Experts used ground penetrating radar (GPR) to arrive at the "conclusive evidence," the ministry said in a statement.

The study contradicts claims made by a British Egyptologist, Nicholas Reeves, who said in 2015 that photographs and scans of the tomb's northern wall seemed to suggest the presence of a secret chamber.

Reeves theorized that the hidden chamber might contain the tomb of Queen Nefertiti, the wife of Tutankhamen's father, the pharaoh Akhenaten.

"The studies ... have shown that no chambers exist, or even an indication of any threshold or door frames, which contradicts the previous theory that had assumed the existence of passages or chambers adjacent or inside the burial chamber of King Tutankhamun," said Mostafa Waziri, secretary-general of Egypt's Supreme Council of Antiquities.

Tutankhamun, one of the last kings of Egypt's 18th dynasty, died at around the age of 19 under mysterious circumstances.

The young pharaoh was buried inside a tomb in the Valley of the Kings near the modern-day city of Luxor.

The tomb was discovered in 1922 and found to contain a wealth of treasures.

Reeves' claims about Nefertiti, whose regal beauty has been immortalized in a 3,300-year-old bust now in a Berlin museum, created considerable buzz among historians, eager to learn more about what remains a mysterious period of Egyptian history.

For the first time since its discovery, Egypt has opened the tomb of King Tutankhamun's wet nurse Maya. The antiquities minister said the boy king's enigmatic wet nurse may have been his sister Princess Mirette Atun. (20.12.2015)