Egyptian authorities have unearthed two ancient tombs in the southern city of Luxor. Wall inscriptions suggest the tombs belong to two notable figures from Egypt's 18th dynasty pharaohs, who ruled some 3,500 years ago. 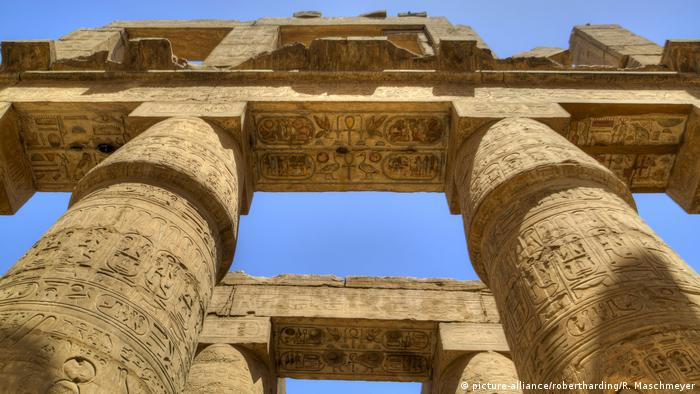 Khaled al-Enany, the minister of antiquities, said the archeological discovery was made in the western city of Luxor, a city famous for its ancient monuments.

One tomb has five entrances leading to a hall, while the other has a six-meter burial shaft leading to four side chambers.

"Egypt will witness more archaeological discoveries in the period ahead," al-Enany told reporters.

Is Nefertiti hiding in the Valley of Kings' secret chambers?

A mummy, bones and many questions

Although the authorities say the tombs most likely belong to the 18th dynasty pharaohs, those buried in them are yet to be identified.

Egypt has announced a series of discoveries in the past few months. In April, archeologists discovered eight mummies inside a 3,500-year-old tomb in Luxor.

Egyptian authorities are trying to revive the tourism industry, which has been hit hard by the political turmoil and violence that followed the 2011 rebellion against longtime dictator Hosni Mubarak.