Only minorities of Israeli Jews and Palestinians support a two-state solution, according to a new survey. Among Israeli Arabs, support remains stable and very high. 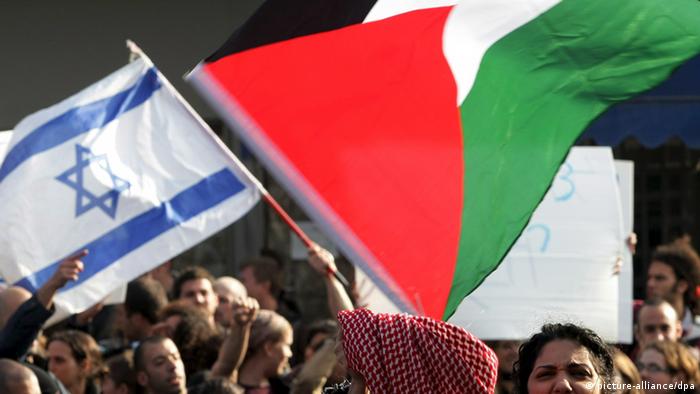 A survey released on Monday that tested aspects of a permanent peace deal showed a decline in support for a two-state solution in the Middle East. The study — conducted by Tel Aviv University and the Palestinian Center for Policy and Survey Research — was partly funded by the European Union.

The survey suggests the reasons for the decline in support for a two-state solution are doubts over its implementation and a lack of trust in the other side. Palestinians and Israelis are both divided almost equally about whether a two-state solution is still possible, or whether settlements have expanded too much to make it viable.

Among all Israelis, nearly half (48 percent) believes the two-state solution is still viable while 45 percent think settlements have spread too much for it to be viable. Israeli Arabs remain highly optimistic, with 64 percent thinking this solution remains viable, compared with only 44 percent of Israeli Jews.

Among other things, the law states only Jews have the right to self-determination, it "encourages" Jewish settlement and downgrades the status of the Arabic language. Critics say it is racist and threatens democracy. (19.07.2018)