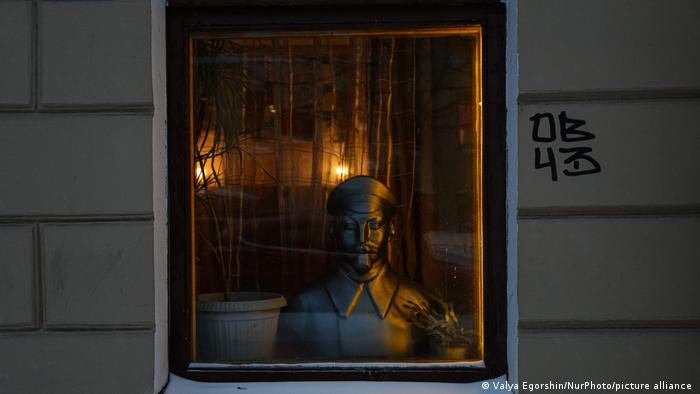 Close to half of those who participated in the poll wanted to bring back the statue of the Soviet secret police chief, thirty years after it was torn down

The mayor of Moscow, Sergei Sobyanin, said on Friday he was scrapping a plan to build a new statue in one of the city's central squares after a poll failed to give a clear decision on who should be honored.

City authorities had asked residents to vote on two candidates from Russian history for a statue to be placed in Lubyanka Square — including the reinstatement of the statue of the much-feared founder of the Soviet Union's first secret police, a precursor to the KGB.

The mayor dropped his plan after neither figure received a decisive number of votes.

"The statues which stand on streets and squares should not divide society, but unite it," Sobyanin wrote on his blog. "Hence I consider it correct to abandon this process and leave Lubyanka Square as it is."

Muscovites fail to reach an agreement

The poll was held online and voting started on Thursday morning. By Friday morning, around 55% of voters had chosen a statue of the 13th-century prince and saint of the Russian Orthodox Church Alexander Nevsky. Another 45% had opted instead for Felix Dzerzhinsky, the Soviet revolutionary and a key figure in the so-called "Red Terror."

Dzerzhinsky had led the Cheka — later the KGB — during the early stages of the Soviet Union. The secret police force was infamous for carrying out executions of political opponents and destroying those it deemed had committed treason.

A statue of Dzerzhinsky, known as Iron Felix, had previously stood in front of the former office of the KGB on Lubyanka Square — now the home of the Russian secret service, the FSB.

His statue was torn down in August 1991 as crowds cheered after a coup failed to oust then-Soviet leader Mikhail Gorbachev. The Soviet Union ceased to exist a few months after that.

His 11-tonne bronze statue now stands in a park of Soviet monuments in central Moscow and is considered part of Russia's cultural heritage.