Moscow flexes its muscles as Minsk keeps silent | Europe| News and current affairs from around the continent | DW | 13.12.2016

The Russian ministry of defense wants to dramatically increase its military transports to Belarus in 2017. Minsk has said nothing in response. What are the reasons, and what does Moscow want to achieve? 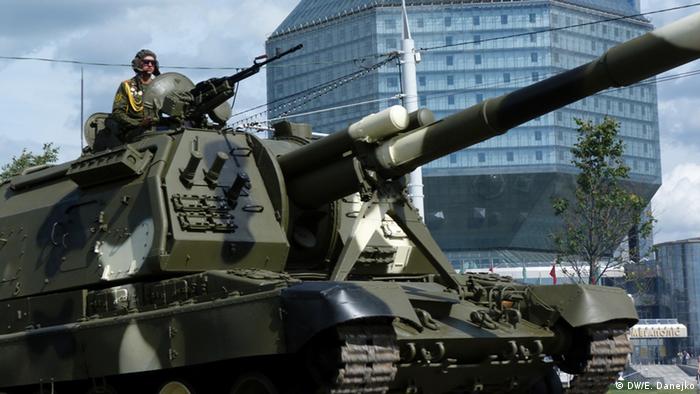 Latvia is facing a form of warfare from Russia that weapons can't win. But the problem it's facing is increasingly affecting the rest of Europe as well. (04.12.2016)

EU citizens can no longer travel the direct route to Moscow via Belarus. They must resort to taking a long detour. What prompted Russia to make the change? (12.10.2016)

"We will increasingly take NATO activities into account during 'West 2017' maneuvers. Russia has been forced to adopt defensive countermeasures." That was what Russian Defense Minister Sergey Shoygu said in November, during a joint meeting with the Belarusian ministry of defense in Minsk.

The Russian ministry of defense recently published a call for rail transport service bids on its official website. According to the call, some 4,126 of a total of 5,265 cars to be used to transport Russian military equipment in 2017 are to be dedicated to Belarus. That would be 83 times as many as in 2016.

Bilateral military cooperation between Russia and Belarus is based on a 1999 treaty for the creation of a union between the two countries. It has, however, only been implemented on a very limited basis to date. Every two years, "West" maneuvers take place in one of the two neighboring countries on a rotating basis. The upcoming "West 2017" maneuvers are to take place next September, in Belarus.

Arseni Sivitski, director of the "Center for Strategic and Foreign Policy Studies" (CSFPS) in Minsk, told DW that 13,000 soldiers, 3,000 of whom were members of the Russian armed forces, participated in the last military maneuvers that took place in Belarus, "West 2013."

"Back then, the Russians only needed 200 rail cars to transport troops and equipment. Some 4,126 are planned for next year, that is 20 times more," says Sivitski. He thinks that actual military transports in 2017 could be even higher. "Part of the transports are hidden as secret expenditure items. Thus, no real numbers are available," according to Sivitski.

He says that is why Belarusian leadership has continually stressed that military activities on its country's territory should not be seen as offensive maneuvers by international observers. The head of CSFPS therefore thinks that the Kremlin is using the large-scale maneuvers to "draw Belarus leadership into a military-political confrontation with NATO."

Pavel Felgenhauer of the Russian newspaper "Novaya Gazeta" also assumes that, "the scale of the maneuvers will be massive." According to his information, tank units, which will also be transported to Belarus by rail, will take part in the maneuvers, too. Felgenhauer thinks that the number of those participating in "West 2017" could greatly surpass those involved in the "Caucasus 2016" maneuvers.

Speaking with DW, the expert recalled that originally a contingent of 12,000 men was scheduled to participate in the September 2016 maneuvers in the southern region of the Russian Federation. Later, Defense Minister Shoygu explained that some 125,000 military members and 97,000 civilians had taken part in the exercise. Felgenhauer believes that "the military strength of Russian forces is being drastically increased in order to be able to conduct a major war on the European continent." 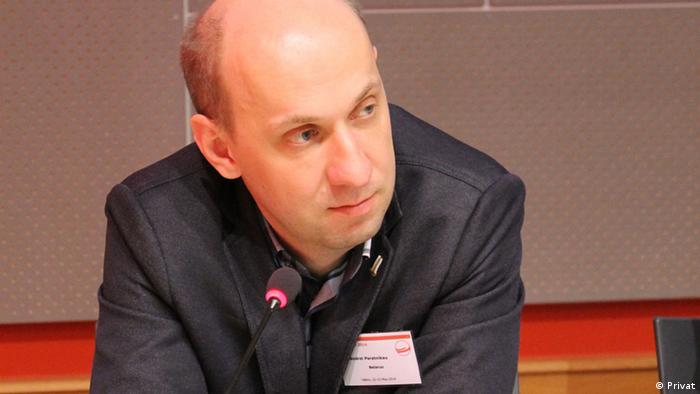 Porotnikov: Belarusian leadership has no idea how to deal with Moscow's brazen approach

Andrey Porotnikov, head of the "Belarus Security Blog" research center in Minsk, is convinced: If such a large number of troops and materiel are in fact used during "West 2017" in Belarus, then the maneuvers would have to be seen as the Russian-Belarusian Union's answer to NATO's "Anaconda 2016" maneuvers in Poland, in which 31,000 men took part.

Yet, according to the expert, only Russia is interested in such a demonstration of power at the moment. "Minsk has no need for large-scale maneuvers, because Belarus is urgently trying to normalize relations with the West through its diplomatic services," says Porotnikov. He believes that Russia wants to make clear to the West that Belarus is in Moscow's sphere of influence. The fact that Minsk is not reacting to the Russian defense ministry's announced military transports for next year simply shows that the country's leadership has no idea how to deal with Moscow's brazen approach, says Porotnikov, adding: "Belarus is being shown that any attempt at independent foreign policy will result in a harsh reaction from the Kremlin."