More than half of Germans back Merkel's approach to Greece: poll

A poll has shown that more than half of Germans agree with Chancellor Angela Merkel's position on bailout negotiations with Greece. Almost all said they doubted whether Greece would apply the reforms. 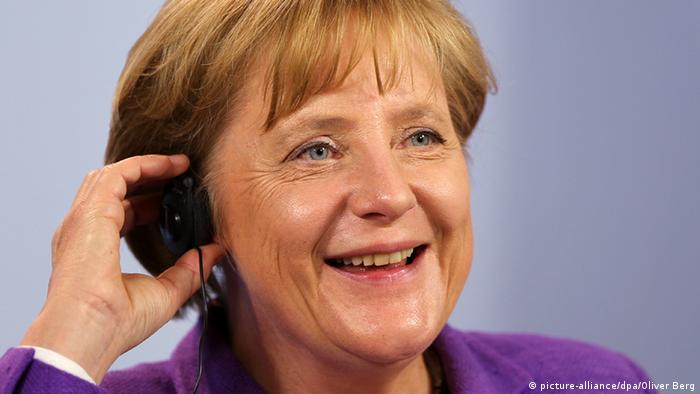 The survey, published on Tuesday, revealed that 55 percent of those asked by Forsa for Stern magazine believed Angela Merkel's behavior towards Greece during discussions over a new bailout deal was correct. Almost one-third of the 1,001 people surveyed said they would have preferred the Chancellor to have forced Greece out of the euro.

Happiest with Merkel is the opposition Green party, with two-thirds saying they supported her position. Among her own Christian Democratic Union members, the figure was 66 percent while 62 percent of members of coalition partner Social Democrats also backed her stance.

However, 81 percent revealed they had serious doubts whether Greece would implement the agreed measures, with just 14 percent saying they believed they would.

Monday saw Eurozone leaders finally come to an agreement over a third bailout program for Greece. It means Greek Prime Minister Alexis Tsipras now faces getting several austerity reforms through the country's parliament, including many that his left-wing Syriza party had promised to scrap when they clinched power in January.

A separate poll completed the previous week found that Merkel's approval rating remained high at 56 percent, with support for the Conservatives unchanged.

In response to Germany's hard-line stance in the Greece bailout crisis, which has resulted in a third bailout proposal, Twitter users have called for a boycott of German products. But companies are keeping their cool. (15.07.2015)