More people seeking asylum in Germany | Germany | News and in-depth reporting from Berlin and beyond | DW | 21.01.2010

There was a sharp increase in the number of people seeking asylum in Germany in 2009. Most of the people awarded refugee status were from Iraq. 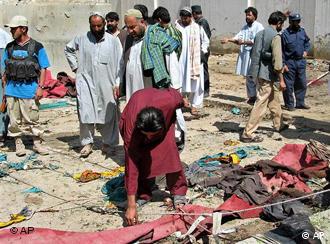 The number of people seeking asylum in Germany increased sharply in 2009.

More than 27,700 asylum applications were registered by the German Federal Office for Migration and Refugees. The number represents a 25 percent increase compared to 2008, the Interior Ministry reported on Thursday. This was the second year in a row that applications for asylum rose.

There was an especially large increase in the number of asylum seekers from war-torn Afghanistan. In 2009, about 3,375 Afghans applied for asylum - more than double the number who applied in 2008. Other countries with a high number of refugees leaving for Germany included Iran, India and Nigeria.

Despite 2009's increase in the number of asylum seekers, the number of applicants is still quite small compared to the previous decade. Ten years ago, about 100,000 people applied for asylum in Germany, and in 1992 the figure was around 440,000.

The UN High Commissioner for Refugees, Antonio Guterres, has expressed concern over a global trend toward greater restrictions and fewer rights for asylum seekers. (28.09.2009)