Moldova's Democratic Party, headed by a powerful oligarch, has ceded power to an unlikely coalition of pro-Russian and pro-European forces. It's an alliance even the new prime minister called unnatural. 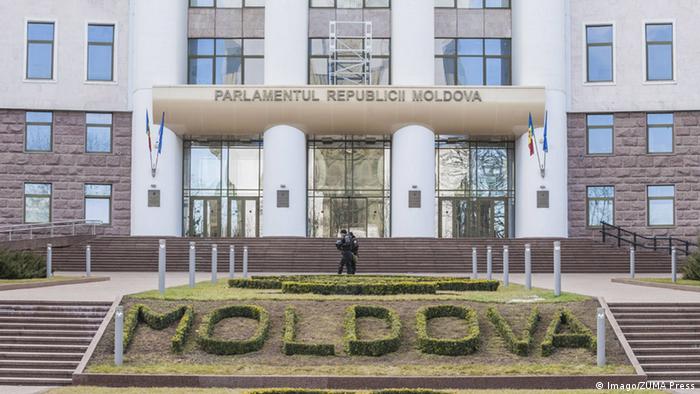 However, the Democrats consider the new Moldovan government to be illegal and that a snap election should be held to decide who leads the impoverished ex-Soviet republic out of a political crisis.

Moldova has been in political limbo since February after a parliamentary election ended in a three-way split between the pro-Russian Socialist Party of President Igor Dodon Party, Plahotniuc's Democratic Party and the pro-European ACUM political alliance.

Under the nation's constitution, politicians have three months to form a constitution or the president can dissolve parliament and call for new elections. Until a new government was formed, the Cabinet of Moldova led by Prime Minister Pavel Filip, a Democratic Party politician, was to govern.

Last week, the Moldovan parliament approved a new government consisting of an unprecedented alliance between Dodon's Socialists and the ACUM.

However, the Democratic Party, backed by a ruling from Moldova's Constitutional Court, initially refused to stand down, claiming the coalition was formed after the post-election deadline. The power struggle has raised fears of political instability in the impoverished country.

Dodon described the outgoing government's resignation as a "small but symbolic victory," but urged the constitutional court to revise what he described as "unlawful" rulings. 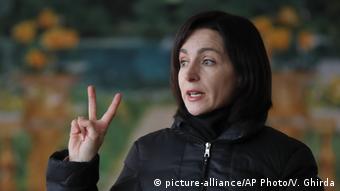 Sandu said Moldova was finally free and would fight corruption

"I have a message to the entire world," Sandu, a Harvard-educated former World Bank economist, told a televised briefing. "Moldova is finally free."

In an interview with Reuters news agency, she said her government aims to fight corruption, remove dishonest officials, make the electoral system fairer and get foreign aid flowing. Those were issues, she said, where the parties in her government could agree.

"This is not a natural alliance. There is no question about it, and probably half a year ago nobody would have said that this could happen," she said.

Sandu accused Plahotnuic of corruption and undermining democracy, though Plahotnuic's camp insists allegations against him are politically driven lies.

The European Union, which froze aid to Moldova last year, said it was "ready to work with the democratically legitimate government." Russia and the United States have also both expressed support for the new government.

The power struggle in Moldova continues: Two presidents and two governments, with the international community being surprisingly in agreement. It stands as a test for future developments, writes Robert Schwartz. (12.06.2019)

How do you grab an audience's attention with your own ideas? Five young media makers tried it out at the first international Media Slam – part of DW Akademie's Youth Meets Media networking conference in Moldova. (11.04.2019)