Moldovan migrants denied re-entry to Russia | Europe| News and current affairs from around the continent | DW | 21.12.2014

Russia is "home" to half a million Moldovans. Their families - and the Moldovan economy - are dependent on the cash remittances. By denying Moldovans re-entry, Moscow is upping the pressure on the tiny republic. 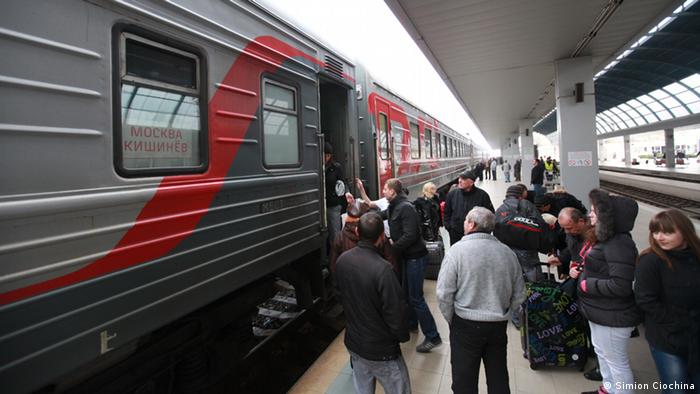 The small city of Orhei seems abandoned - as if an entire century had simply passed it by. The stonework of the homes and walls is exposed as the solitary cloister high above the valley serves as a reminder of Moldova's religious traditions. Paths made of winding clay serve as roads here, making it hard to believe that Chisinau, the country's capital, is just 50 kilometers (31 miles) away.

It's in places like Orhei that the full misery of the young Republic of Moldova is on display. With hardly any work here, many men have emigrated - legally or otherwise. Since the country's independence in 1991, the Republic of Moldova has lost a third of its citizens. Of the 1 million emigrants, roughly half went to Russia in search of work.

Gheorghe Vasilcau did just that. But he will not be going back to Moscow. The 32-year-old construction worker there for 12 years - the only member of his family to earn money.

"I couldn't find any work here, because there wasn't any," he told DW. "That's why I had to work in Russia. The pay was better there, and there were jobs."

Gheorghe has to provide for his wife and three children. Like many Moldovan migrants, he sent money home from Moscow. Vacations, or even visiting his family, were out of the question for a long time. He was gripped by fears that he wouldn't be able to return to Russia.

Now the fear is a reality. He must watch as the weekly bus from Chisinau to Orhei to Moscow rumbles by (pictured below). Gheorghe is no longer allowed to cross the Russian border.

Yet just before Moldova's elections, he felt downright encouraged to take the long-awaited trip back home.

On November 4, three weeks before parliamentary elections in Moldova, the head of the Socialist Party, Igor Dodon, met with Russian President Vladimir Putin. Following that meeting, Russia's migration office announced that Moldovan migrants could go home to vote and would then be allowed to return to Russia. The ex-communist Socialist Party, with help of the votes of those same Moldovan migrants, picked up the largest number of votes of any party. However, three pro-European parties together form a comfortable majority in the unicameral legislature.

Gheorghe and many other migrants now feel they've been betrayed. 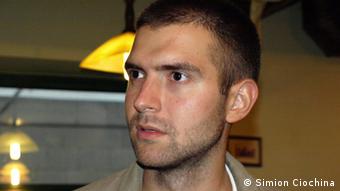 "When I went home, I was able to cross the border without a problem. But when I tried to go back to Russia after the elections, I only got my passport back from the border guards after 20 minutes."

He had been banned from re-entry. Like many other migrants, the construction worker said he feels he's been treated like "voting cattle."

"I trusted Igor Dodon, and now I've lost my job. What should I do? Moscow treats us like terrorists or criminals. I don't know how we can survive."

According to research by a Moscow-based NGO called Congress of the Moldovan Diaspora, which represents the interests of the migrant workers, Russia has denied 9,000 Moldovans re-entry after their stay back home.

A further 140 cases - some similar to Gheorghe's - were reported between December 1 and December 10.

Russia's Federal Immigration Office has acknowledged the cases in general terms, saying the migrants were rejected because they had violated their right of residency in Russia.

Prior to that policy shift, Moldovans had been allowed to stay up to 90 days unconditionally in Russia.

But ever since the country signed an EU Association Agreement, Moscow's patience has vanished - along with certain trade arrangements. After first blocking the exchange of numerous goods and products between the countries, the screws are being tightened further as Russian politicians threaten to keep homes cold in the former Soviet republic by severing energy supplies.

A few months ago, the country's immigration office also indicated there were problems with residence permits of 235,000 Moldovan migrants. 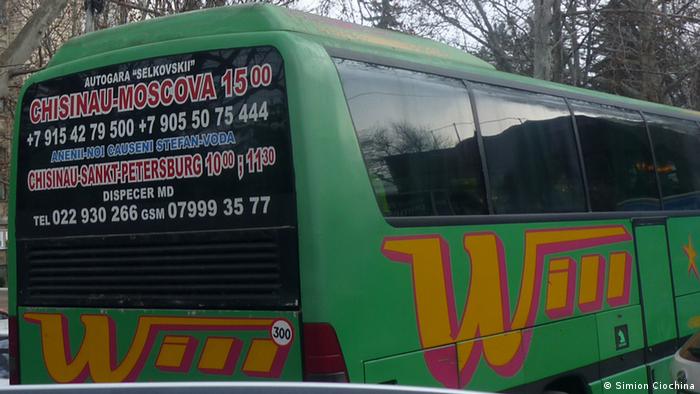 Cumulatively, the re-entry bans represent a real problem for Moldova's economy, which is dependent on remittances sent by migrant workers.

"In the first six months of 2014, roughly $1.5 billion was transferred from abroad," said Alexandru Fala, an economist at the Moldovan NGO Expert-Grup.

"I'm afraid that the expulsion of Moldovan migrants from Russia will generate great losses in our economy. Income will decrease, and, accordingly, tax revenues," the economist said.

Moldova: Under pressure from Russia

Moldova signed an association agreement with the EU back in June and just last week pro-EU parties won a narrow victory in elections. (05.12.2014)

The pro-European parties have gained a narrow majority in parliamentary elections in the Republic of Moldova. Now the EU must help prevent a crisis in the country, says Robert Schwartz. (01.12.2014)

As more votes are counted in Moldova's elections, three pro-Europe parties appear on course to form a coalition. The pro-Moscow party had been ahead. (01.12.2014)