Moldova's parliament has ratified an EU association deal signed in Brussels last Friday, similar to the deal pivotal in Ukraine's crisis. Moscow says it will campaign for Transdniestria, a breakaway region of Moldova. 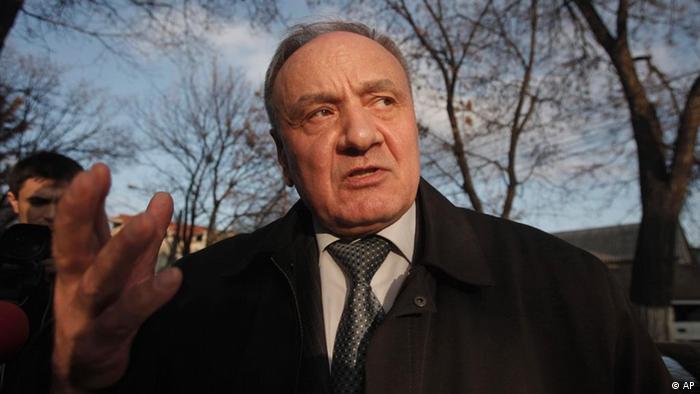 Moldova's President Nicolae Timofti (pictured) said Wednesday after parliament's ratification in the capital Chisinau that the former Soviet republic would next ask for a timetable to join the European Union.

Moldova, with 3.5 million people, is one of the poorest countries in Europe and has no major heavy industry or natural resources. It lies between Romania and Ukraine and has no border with Russia.

Moldovan Prime Minister Iurie Leanca signed the association deal opening the door to possible integration into the 28-nation EU on Friday alongside the leaders of Ukraine and Georgia, also both ex-Soviet republics.

Transdniestria is home to about half a million people - 30 percent of ethnic Russian origin - and about 2,500 Russian soldiers, and is dependent economically on remittances from Russia.

In May, Rogozin promoted a petition in which residents of the pro-Russian Moldovan region backed a union with Russia.

The EU association deal eventually reached with Kyiv was at the heart of the crisis that erupted in Ukraine last year, when its former pro-Russian President Viktor Yanukovych backed out of the deal and flew to Russia to firm up ties with the Kremlin instead.

That triggered huge protests, mainly in Kyiv, that drove him from power. Moscow responded by annexing the mainly Russian-speaking Crimean Peninsula in March, and pro-Russian separatists then rose up in Ukraine's eastern provinces.

EU association allows for increased trade and political cooperation and can - after a long and complicated procedure - lead to EU membership.

Trump to remove Sudan from US terror blacklist 35m ago

Brexit: EU and UK urge compromise to save talks 6h ago