Mexican police have detained more than 300 Central American migrants in a caravan traveling towards the US border. Several thousand people are heading north to escape violence and poverty in their home countries. 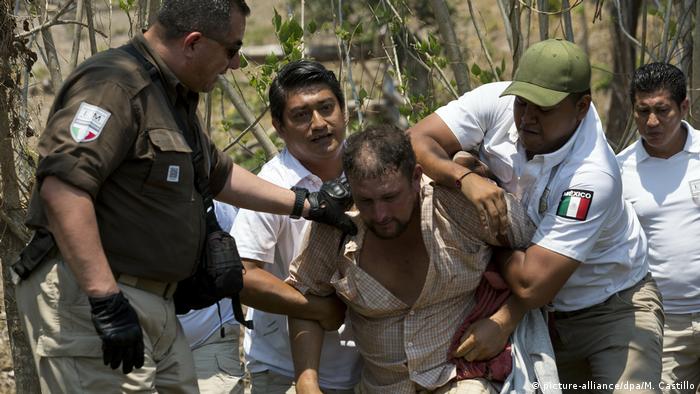 Mexican police and immigration officials in the southern state of Chiapas on Monday rounded up hundreds of undocumented Central American migrants headed for the US border.

It's one of the largest raids targeting a caravan since the exodus began last year, and comes as the US ramps up pressure on Mexico to curb the flow of migrants. 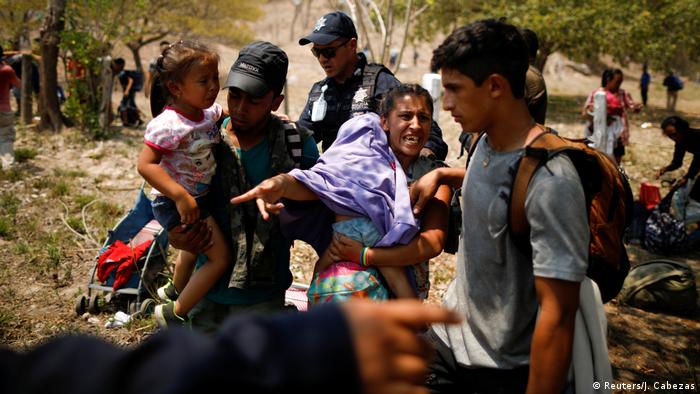 Those arrested were members of a 3000-strong caravan

Kevin Escobar from Honduras, who fled onto private property to avoid immigration agents, told the Associated Press he would never return to his hometown because "the gangs are kidnapping everyone back there."

Officials from the National Human Rights Commission observed the police operation in Pijijiapan and said they were "documenting what is happening."

"We cannot tell authorities in charge what to do, but yes, we are documenting and we will investigate," Jesus Salvador Quintana said.

Pressure from the US: Mexico has stepped up migrant detentions since US President Donald Trump threatened last month to shut the US-Mexico border if the caravans weren't stopped. Several organizations have condemned the rise in arrests, warning that detention facilities were overcrowded and the rights of migrants were being violated.

What are the migrant caravans? The first caravans — made up of thousands of migrants from Honduras, El Salvador and Guatemala — attracted international attention in October when they began the march towards Mexico. Several groups of Central Americans have since made the same journey north. Covering vast distances mainly on foot, the migrants say they are fleeing violence and poverty in their home countries and eventually hope to reach the US border and claim asylum. 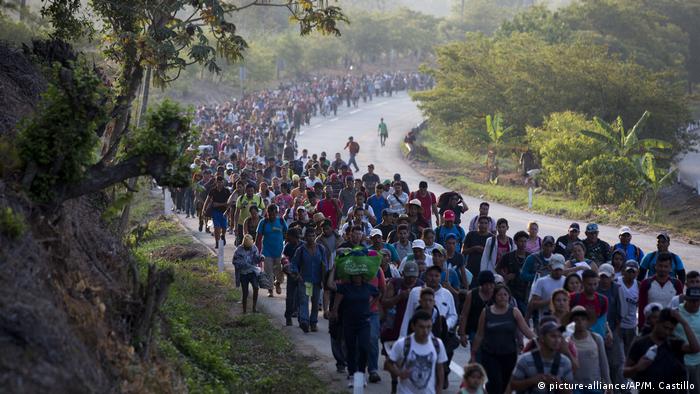 Migrant caravans have become a regular occurence in Mexico

Shifting mood: Mexico initially welcomed the caravans but public sympathy has waned in recent months. The arrival of tens of thousands of migrants seeking asylum at the US border has overwhelmed authorities and caused significant delays for Mexican residents trying to cross to the other side. Concentrations of hundreds of migrants in some Mexican towns have also led to tensions with locals.

Road to nowhere? Once in Mexico, migrants can apply for humanitarian visas, which allow them to stay temporarily, get jobs and travel freely in the country. Authorities have so far issued more than 12,000 of these visas. They've also deported thousands of people. According to Mexico's Migration Institute, there were 5,336 migrants staying in shelters or immigration centers in the state of Chiapas, while some 1,500 were "awaiting deportation." Those who make it to the US border and decide to apply for asylum face long delays.

Mexico's incoming government has denied reports of a US deal to keep migrants from crossing the border until their asylum claims are processed. President Donald Trump has said, however, that "all will stay in Mexico." (25.11.2018)