Mexico's incoming government has denied reports of a US deal to keep migrants from crossing the border until their asylum claims are processed. President Donald Trump has said, however, that "all will stay in Mexico." 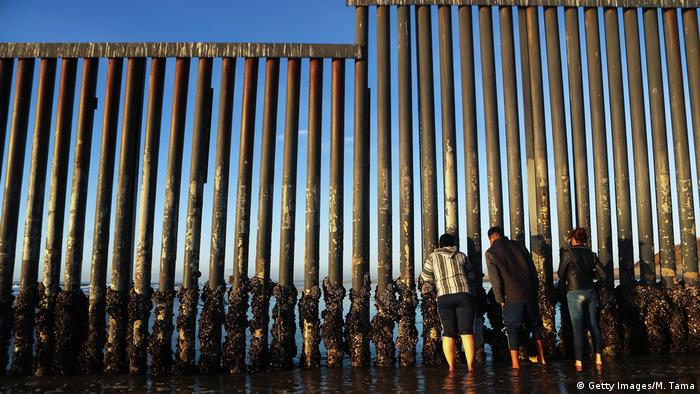 Some 5,000 Central American migrants camped at the Mexican border city of Tijuana "will not be allowed into the United States until their claims are individually approved in court," US President Donald Trump tweeted late Saturday.

Trump also restated his intention to close the US-Mexico border if "for any reason it becomes necessary."

"We will only allow those who come into our Country [sic] legally," he wrote. "All will stay in Mexico."

Since mid-October, the migrants have been walking north from Honduras through Guatemala and Mexico in an attempt to reach the United States and claim asylum. Trump, who campaigned on an anti-immigration platform, deployed 6,000 troops to reinforce the US border police and the National Guard at the border with Mexico ahead of the midterm elections.

Trump's tweets seemed to corroborate a report in The Washington Post that a deal had been reached between the US and Mexico. The migrants would be able to stay in Mexico as a "short-term solution," the newspaper reported, citing officials in Mexico's incoming government. The members of the caravan would be made to wait until their asylum requests were processed in the US.

On average, less than 10 percent of all asylum claims are accepted by US authorities.

"For now, we have agreed to this policy of Remain in Mexico," the paper quoted incoming Interior Minister Olga Sanchez Cordero as saying. Sanchez is due to take office on December 1, along with President-elect Andres Manuel Lopez Obrador.

Unexpectedly, however, the same official later denied the existence of an agreement "of any sort" with Washington.

"The future government does not consider [...] that Mexico assumes the status of 'safe third country' for Central American migrants, or from other countries, who are on Mexican territory or for those who will reach it in the future," Sanchez said in a statement.

The statement did not explain Sanchez's earlier quote published in The Washington Post.

Meanwhile, Tijuana Mayor Juan Manuel Gastelum has declared a "humanitarian emergency" over the migrants sheltering in his city.

Tijuana cannot bear the expense of nearly 5,000 migrants who are camping in a local football stadium, he said. The local authorities need some 550,000 pesos ($27,000/€23,800) just to provide them with food. Over 700 civil servants are also assisting at the scene.

"I will not spend the money of the inhabitants of Tijuana," said Gastelum.

He also said federal authorities were considering sending 20 tons of resources, but that three-quarters of that was material to reinforce the border and only five to assist the migrants.

US to end COVID policy that expelled asylum-seekers at Mexico border 02.04.2022

The Biden administration will end a COVID-related rule that effectively blocked migrants at the border. Hundreds of law enforcement officers were redeployed to process new arrivals and evaluate asylum requests.