Can Donald Trump use force against the ′migrant caravan′? | Americas | North and South American news impacting on Europe | DW | 14.11.2018

Just ahead of the midterms, the US president deployed thousands of soldiers to the southern border, curtailed asylum law, and threatened the use of military force against an approaching "migrant caravan." Is that legal? 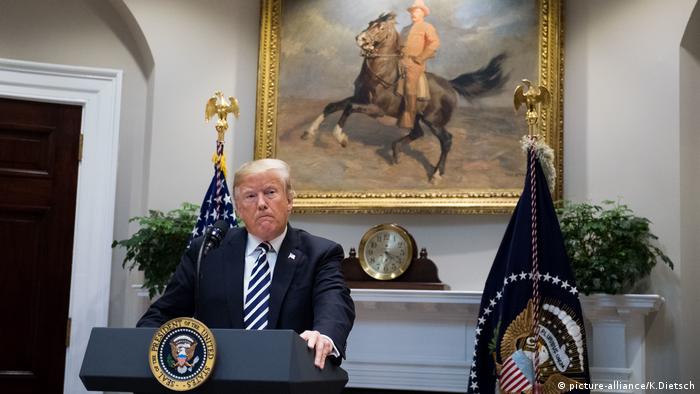 This key question will once again have to be decided by the courts, which could take a long time to play out. The American Civil Liberties Union (ACLU) has already filed a lawsuit challenging the order, and other cases are expected to follow.

The process could therefore take a similar path as Trump's so-called travel ban. Just like the new asylum decree, the travel ban was issued per executive order by Trump soon after taking office in January 2017. Courts quickly blocked its implementation until a watered-down third version of the order finally held up in court eight months later.

Trump's new proclamation mandates that individuals claiming asylum can do so only at official ports of entry. Those entering the country illegally are barred from seeking asylum, but can apply for two alternative forms of relief known as "withholding of removal" and relief under the UN Convention Against Torture, Stephen Yale-Loehr,  a professor of immigration law at Cornell University, told DW in an email.

"The Trump administration claims that allowing people to apply for those other forms of relief satisfies our international obligations not to return people to countries where they might face persecution", said Yale-Loehr, who co-wrote the leading 21-volume treatise on the issue. But to decide whether Trump's order argumentation is correct and the order legal, the courts will have to weigh competing considerations.

"Courts have traditionally ruled that presidents have large discretion on immigration issues, since immigration touches on national sovereignty," explained Yale-Loehr. "However," he added, "the United States has signed the United Nations protocol on refugees, which bars countries from returning people to countries where they might be persecuted. And the US asylum statute explicitly allows people to apply for asylum no matter how they enter the United States. The president cannot repeal the asylum statute; only Congress can do that." 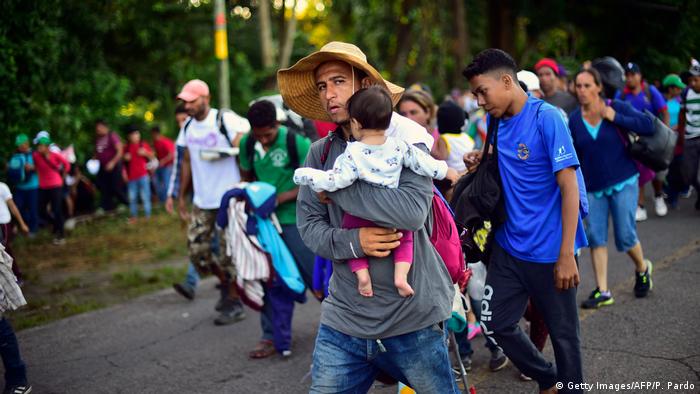 Can the US military legally be deployed to domestic locations to counter and arrest immigrants, and is the use of force against immigrants allowed?

In a nutshell: The US military can not be used to actively apprehend, detain or drive away potential immigrants at the border. They can only assist US Customs and Border Patrol officials and other domestic law enforcement officials. They can use arms for self-defense purposes only and can use deadly force only as a last resort.

The legal limitations on the deployment of US soldiers to secure the country's border with Mexico are found in the Posse Comitatus Act (PCA), a federal law that prohibits the president from using the military for civil law enforcement duties. "In other words, the PCA prohibits Title 10 military personnel from enforcing civil laws, but if those troops are acting in a passive, supportive capacity, rather than active law enforcement, the president does not run afoul of the PCA," said Timothy MacArthur, a military law scholar and director of Mason Veterans and Servicemembers Legal Clinic at George Mason University in an email.

Asked about Trump's suggestion that soldiers could shoot at rock-throwing immigrants, MacArthur said "it is very likely that this deadly force would violate the Standard Rules for the Use of Force (SRUF), potentially exposing soldiers and their commanders to administrative and criminal liability."

What's more, noted MacArthur, the PCA also prevents the president from deploying military equipment used specifically for offensive purposes or war to the border. "The use of equipment by military personnel must be in a supportive capacity to civil law enforcement and I don't see how the use of tanks or other equipment specifically designed for warfare would be used."

President Trump continues to promise that he will build a wall along the border with Mexico. How realistic is this now with Democrats controlling the House of Representatives?

Trump has long insisted on constructing a wall along the entire US-Mexican border, even at the risk of a partial government shutdown to try to force Democrats to pony up the funds for it. However, it is increasingly unrealistic that he will succeed in building a wall.

Trump reversed his policy of separating children from their parents at the border, but his tough immigration stance endures. The White House newly pushed back against critics who say his latest call is unconstitutional. (25.06.2018)