Germany has slammed Hungary for closing borders to refugees, saying it does not provide a sustainable solution. Meanwhile, Croatia said it can't accommodate more migrants, sending them back to the Hungarian border. 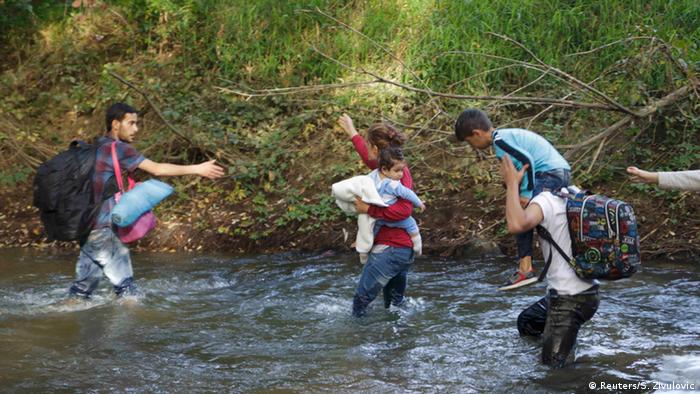 Steffen Seibert, German Chancellor Angela Merkel's spokesman, said on Friday that his country was "aware of the great challenges" faced by countries like Greece, Macedonia, Serbia, Hungary and Croatia that provide a transit route to immigrants from the Middle East.

"At the same time repelling refugees at the borders, in the view of the German government, does not contribute to a sustainable solution to the current refugee problem," he said.

"This humanitarian challenge, probably Europe's greatest since the World War II, there are no purely national solutions, but only a solution in which Europe as a whole gets together and constructively and collectively addresses the problem," Seibert added.

Thousands of people are fleeing a civil war in Syria and heading to Europe via the Mediterranean. The arrival of these refugees has sparked major upheaval in Europe, with many governments imposing strict border checks to impede and manage the overflow of migrants. Germany and other European countries have pledged to take thousands of asylum-seekers as a gesture of solidarity.

Hungarian Prime Minister Viktor Orban said on Friday that a new fence was already being built on the Croatian border to stem the migrant pressure. Croatia has closed its border with Serbia after being deluged with refugees since Hungary closed its doors.

Meanwhile, Croatia said it had no capacity to accommodate the influx of migrants heading towards Western Europe.

The country's authorities shifted hundreds of refugees to the Hungarian border on Friday. Some 20 buses took the migrants to Beremend on the Croatian side of the border escorted by the police and soldiers.

On Thursday, Croatia shut seven of eight road border crossings with Serbia after more than 11,000 refugees overwhelmed the frontier over the past two days. Serbian officials protested the move, fearing that the closure would leave thousands of migrants stranded inside its own territory.

"Our capacities are small. Though Croatia is for all those people a transit country, we cannot take in any more," Milanovic told a press conference.